On Thursday afternoon, a hearing officer set Chinyere Iheagwam’s bond at $30,000 for her aggravated assault with a deadly weapon charge. 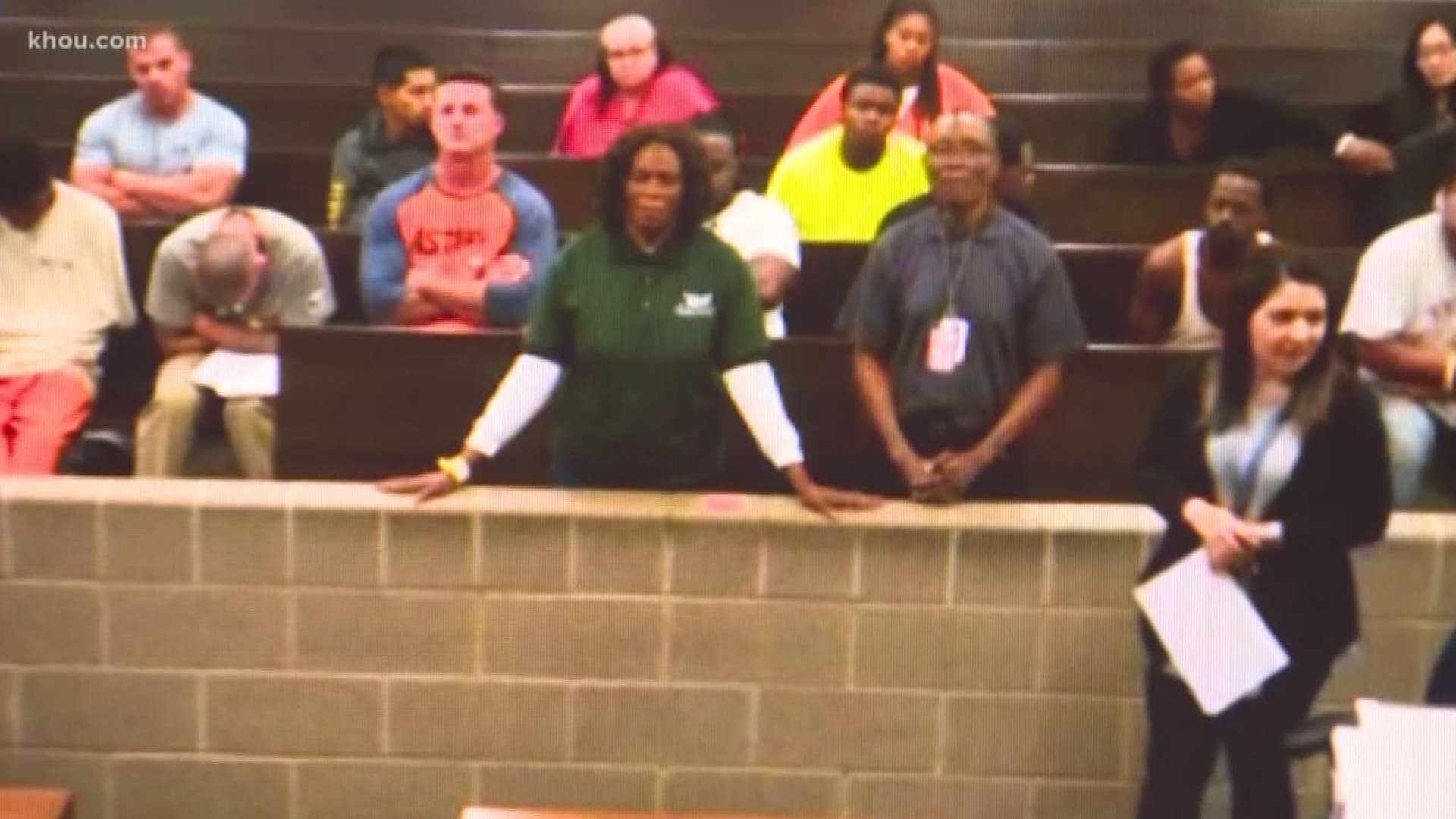 HOUSTON — Prosecutors say an Alief ISD cafeteria worker was driving at more than double the posted speed limit in a school zone when she hit a Hastings High School student with her car.

On Thursday afternoon, a hearing officer set Chinyere Iheagwam’s bond at $30,000 for her aggravated assault with a deadly weapon charge during a probable cause hearing in downtown Houston.

Still wearing her green Alief ISD uniform, Iheagwam, a U.S. citizen originally from Nigeria, listened to her charges read aloud in court with the help of a translator.

Prosecutors said the cafeteria worker had just left the 9th grade building after school let out around 2:30 p.m. Wednesday when surveillance video shows her passing a school bus at 45 to 50 miles an hour.

Moments later, prosecutors say Iheagwam’s vehicle struck an 18-year-old student, identified by sources as Anthony Velasquez, as he was walking across High Star Street with a group of around 10 teens.

“(A witness) observed (Velasquez) go up in the air after the impact,” said one prosecutor, adding Velasquez suffered a skull fracture.

“(Iheagwam) was speeding,” said Sean Teare with the Vehicular Crimes Division of the Harris County District Attorney’s Office. “She was driving in a turn lane with no place to turn for hundreds of feet.”

In PC court, prosecutors said Iheagwam told police she knew the speed limit is 20 mph but was only going 16 mph.

“She had a few different versions of her events to different officers, but the one that seems that she’s staying with so far is that she was rushing to get to another building on campus in order to do something with paperwork,” Teare said.

"The safety and security of our students and staff is always our first priority. To address the tragic accident that occurred on High Star Road, Alief ISD is hoping to work in tandem with the City of Houston and traffic engineers to assess the safety of the roadway and provide solutions to ensure a safer environment for pedestrians. In the meantime, we are making adjustments to traffic flow and pedestrian crossing until a permanent solution can be made with the City of Houston to the public roadway. We ask for your continued thoughts and prayers for the recovery of our injured student."

Velasquez's cousin told KHOU 11 the family does not want to give out information. Instead, they are asking for privacy and prayers. They’ve also set up a GoFundMe page to help pay for medical expenses.