A Seattle woman says she was fearful after an “offensive” word was left on a missed delivery slip from Home Depot last week. 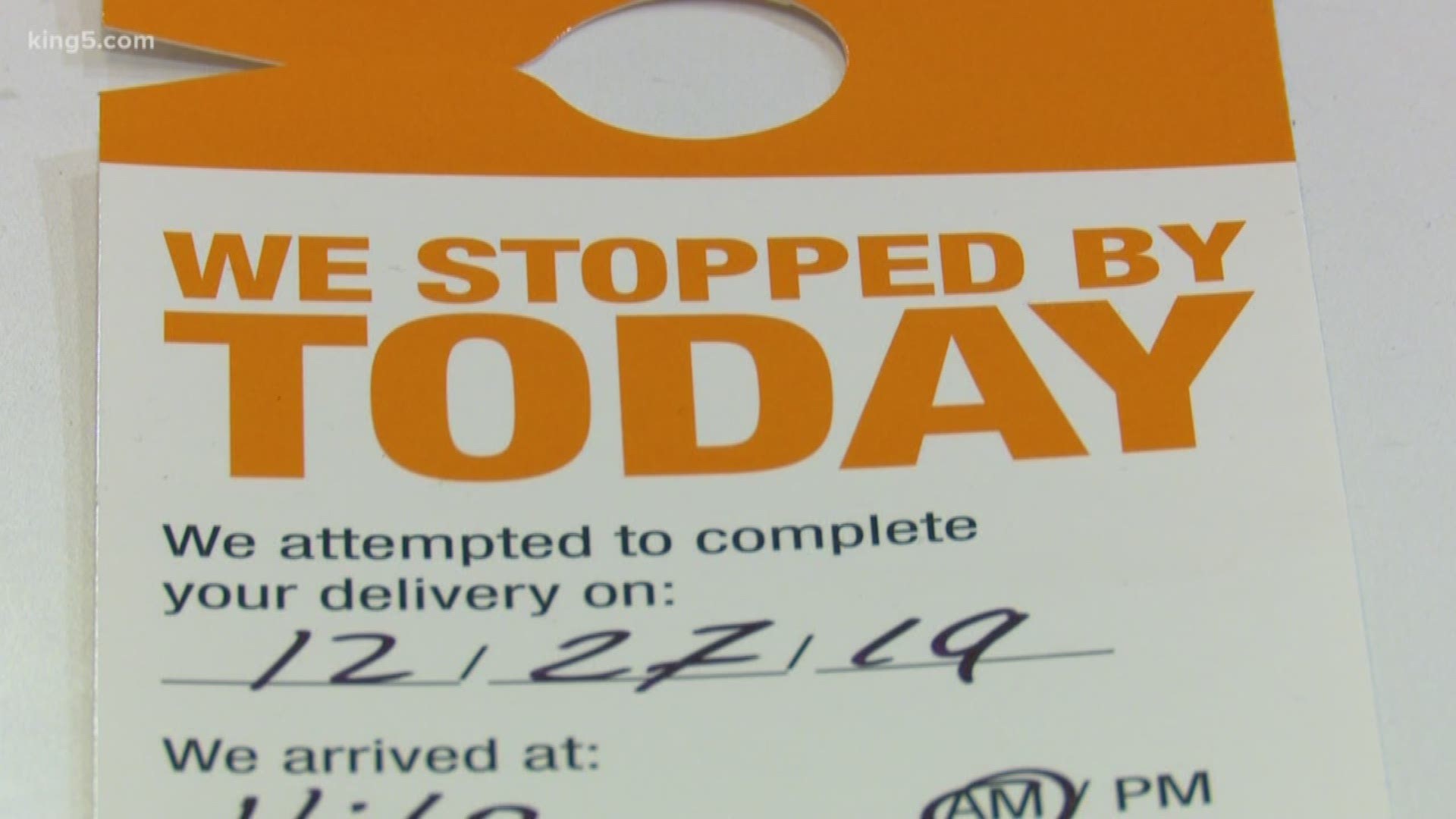 SEATTLE — A Seattle woman says she was frightened by a profane note left on her door after missing a Home Depot delivery.

Lara Zarowsky missed a Friday delivery to her new home in Seattle. The note left behind by the driver included the date and time of the missed delivery, along with a word or acronym that she said was offensive.

“She says, ‘Oh I talked to the driver, and he says it means, See you next time.’ I didn't accept that as an answer as I think most people wouldn't," Zarowsky said.

Credit: KING
A profane note was left on a Home Depot missed delivery slip at a Seattle woman's home on Dec. 27, 2019.

Zarowsky told customer service she thought it was offensive and claimed the company didn't apologize for the note until Zarowsky canceled her order and posted a photo of the note on Twitter.

Home Depot said it's looking into the matter further and that they apologize for this behavior.

"We're trying to figure out how in the world such an inappropriate message would be left for a customer,” a Home Depot spokesperson said in a statement. “We take this very seriously and we're investigating the matter."

Zarowsky said she believes this was a basic missed delivery, but when words like this are used, even as an acronym, they need to be called out.

“I just really would want this person to understand that that’s a frightening thing that they did,” Zarowsky said. “They actually invoked fear for whatever reason they felt compelled to do that. It's a scary response for a woman coming home knowing that the person who just left that note knows exactly where she lives and, you know, could be back at anytime.”