'The 24th' brings little-known story from Houston's history to life

It's about police brutality and rioting in Houston more than 100 years ago that's sadly still relevant nationwide. 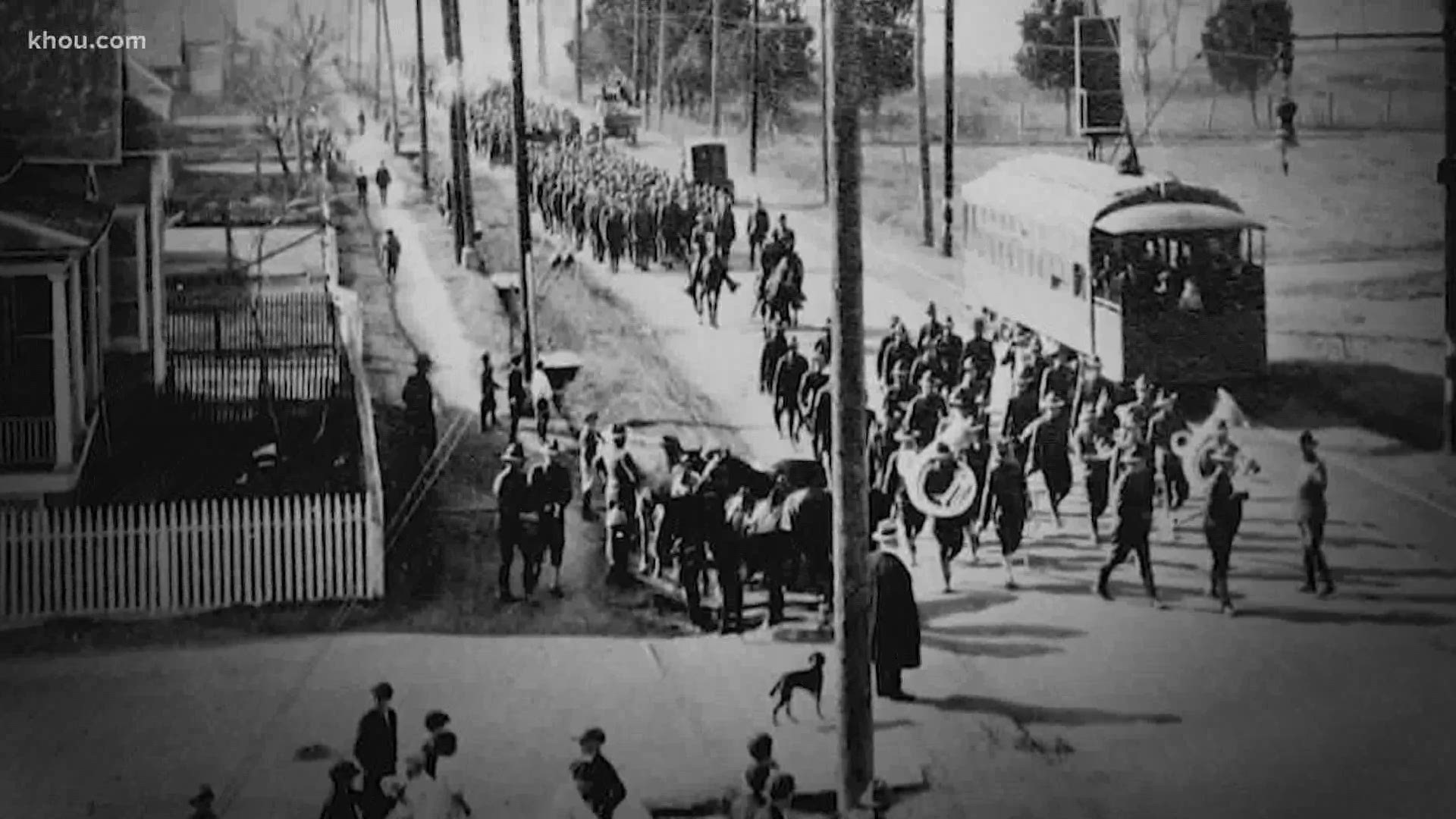 HOUSTON — Hidden history in Houston is not so hidden anymore.

From the writer/director, who collaborated with Spike Lee on movies like “Da 5 Bloods” and “BlacKkKlansman” comes a special project.

It's about police brutality and rioting in Houston more than 100 years ago that's sadly still relevant nationwide.

A sprawling modern day Memorial Park with its trails, trees and a well-cared for golf course was once the backdrop for military operations.

The movie features history that's as dark and troubled as those times.

The film follows the all-black 3rd Battalion, 24th Infantry, a unit of the celebrated Buffalo Soldiers send to Houston to guard the construction at Camp Logan.

“When these 700 black soldiers show up in Houston, Jim Crow is is alive and well. And you got to remember, it's a new thing. Jim Crow was a new thing. It just was created. And these soldiers had fought in the Spanish-American War, gone up San Juan Hill and fought in the Philippines. They weren't they weren't used to being treated as second class citizens,” Kevin Wilmott, the director and Kansas University professor, said.

The film, written and directed by Willmott, shows how the men of the 24th were subjected to police brutality and awful acts of racism despite their service to their country.

When some of the men of the 24th suspect one of their own has come under attack by Houston police officers and possibly killed, they march on the city of Houston while also taking up arms to protect themselves from what they believed to be an angry mob of white residents.

Mutiny and rioting ensued. Sixteen people, mostly civilians, were killed by the soldiers.

Their crimes led to the soldiers' court martial, the largest murder trial in U.S. history.

“I think almost 30 years ago, I saw the photograph of the trial. The photograph it,” Willmott said. “It blew my mind here, the 63 black soldiers surrounded by white soldiers with fixed bayonets on their rifles and captured said the largest murder trial in American history. And I had never heard anything about this. Nothing. And I’ve always been a history guy and certainly Black history and never heard it. And so when I looked into the story, I thought it was a fascinating story and one that Americans really needed to know, because more than anything, it's an American story.”

As tragic as that story may be, in the end all but eight of 118 soldiers charged were convicted and
19 soldiers were hanged for their part in the Houston riot of 1917.

“I hope people see this is not a downer for Houston, but an opportunity to understand,” Wilmott said.

Seeing the film may be just the start.