Trump signed the executive orders at the International Union of Operating Engineers in Crosby. 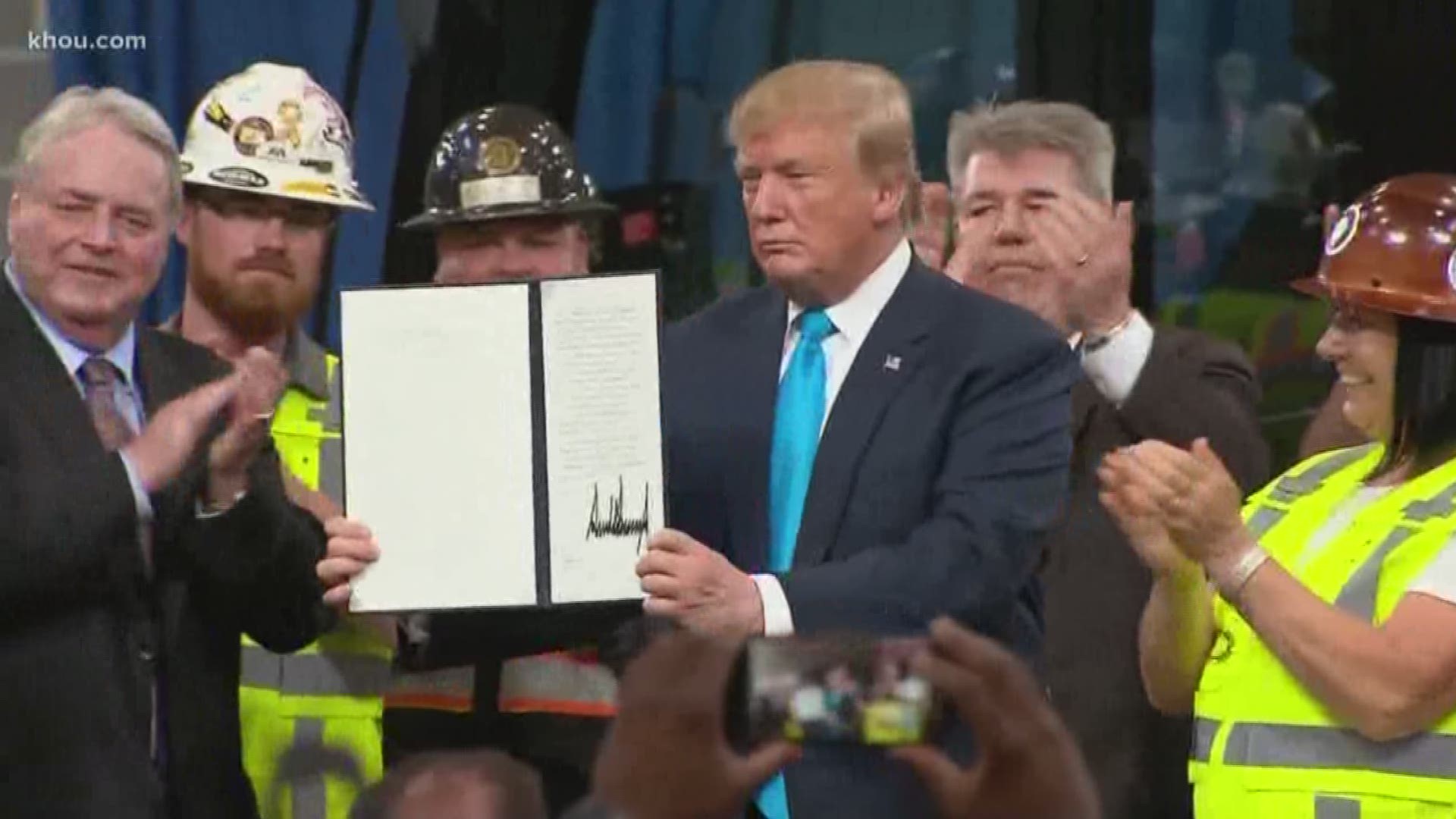 Trump signed the executive orders at the International Union of Operating Engineers in Crosby.

In his speech, Trump said energy infrastructure is too often held back by special interest groups and others.

RELATED: How Trump's oil, gas deregulation could help or hurt the Houston-area

Trump arrived at Ellington Field just before 3 p.m. Wednesday ahead of his visit to Crosby. 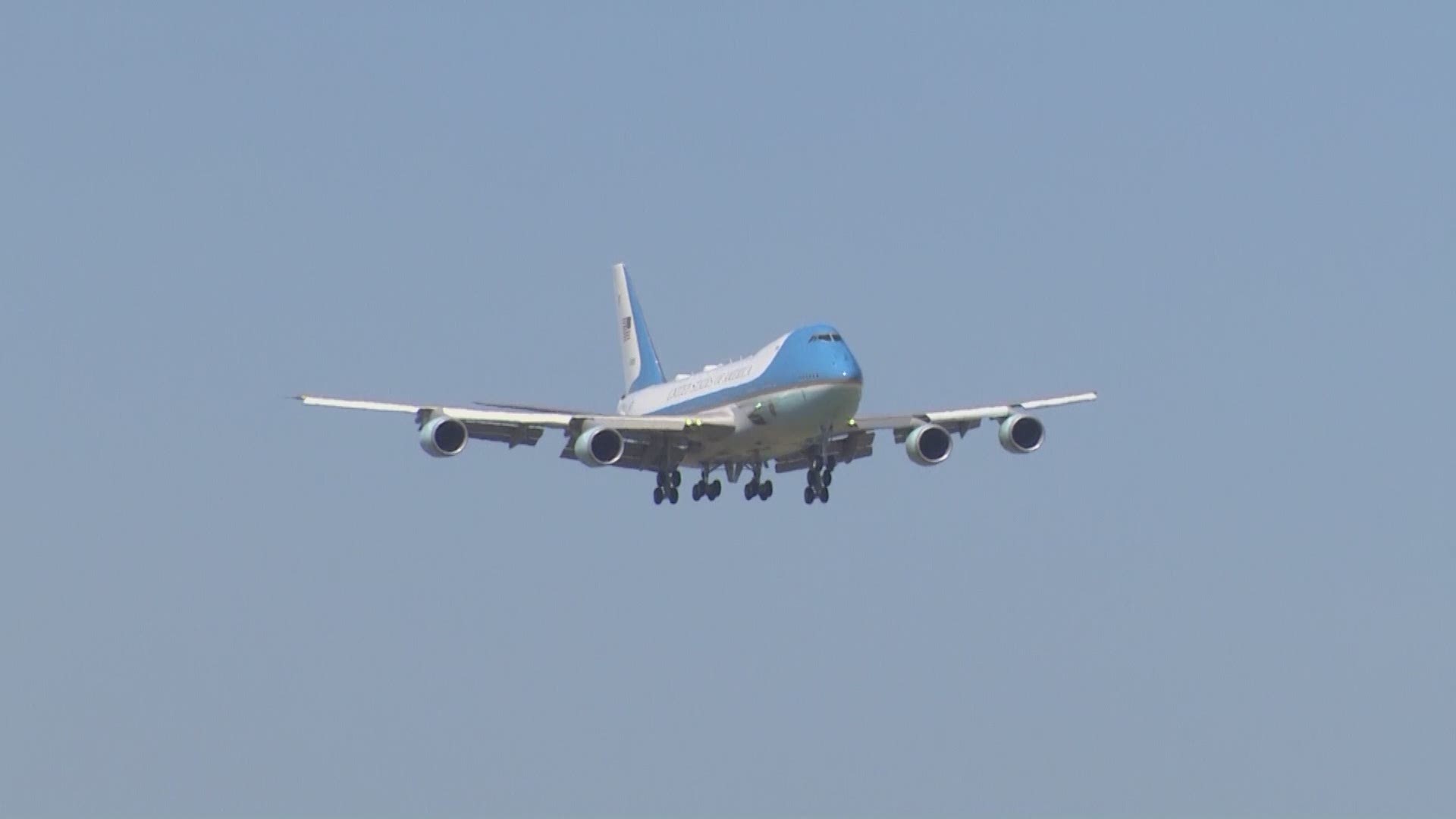 The president made a stop in San Antonio Wednesday morning for a roundtable discussion about illegal immigration, human trafficking and safety concerns on the border, according to the Associated Press.

Experts Tuesday said to expect energy production and an ease on regulations to be major talking points as Trump visits Crosby.

“We’ve seen a really dramatic increase in domestic production. We’re now churning out more than 12 million barrels a day which is more than Russia and Saudi Arabia. It’s really changed US energy policy and it certainly changed the way this administration approaches energy policy,” Steffy said.

With focus on adding pipelines and production sourced locally, Steffy said jobs won’t be far behind.