The evacuation order was lifted on Friday, which may be the cause of the lack of people in the Port Neches area during the annual Saturday small business day. 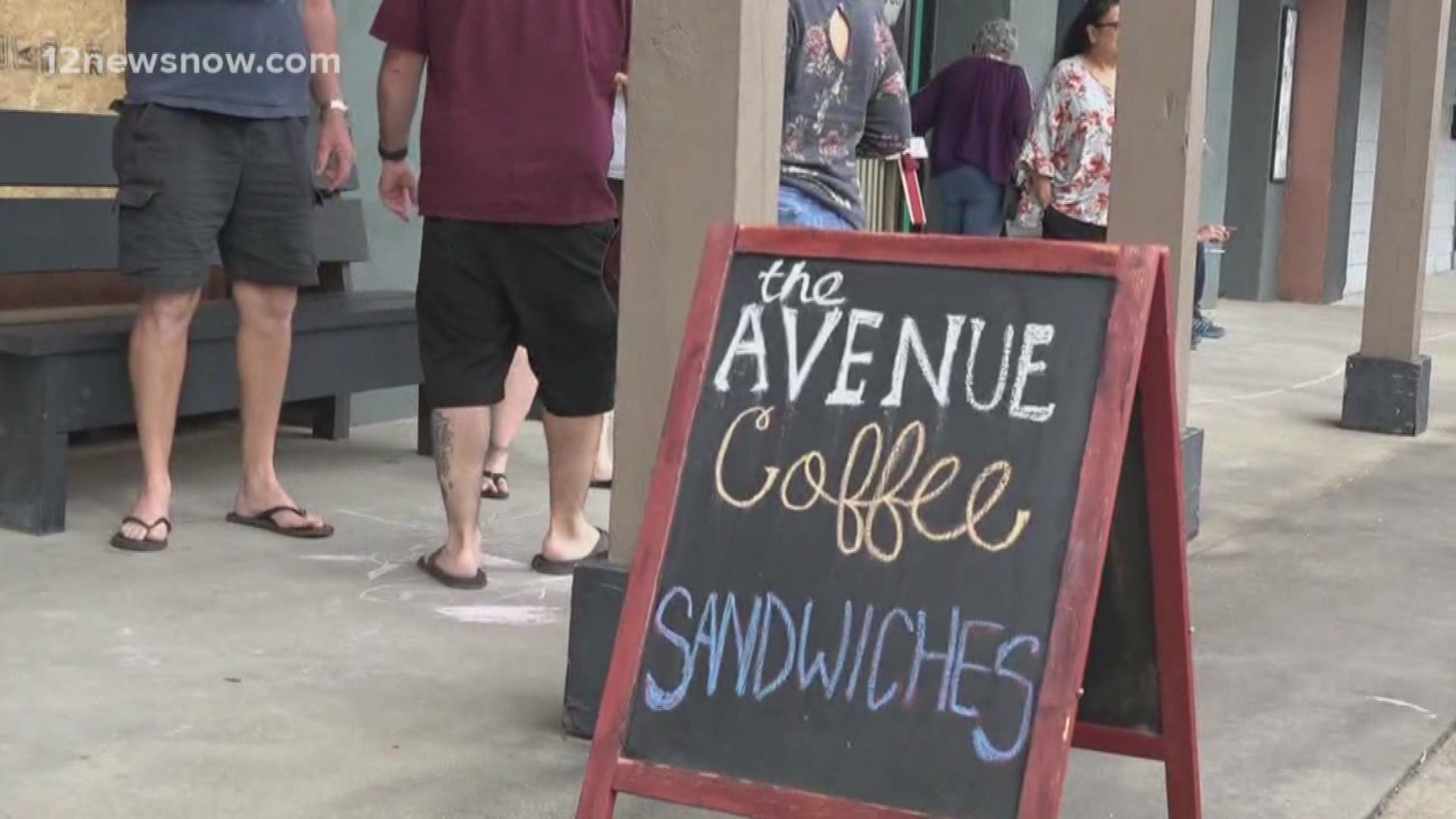 PORT NECHES, Texas — The Avenue Coffee and Café was among many businesses in Port Neches with significant damage from Wednesday’s TPC explosion.

The blast from the first TPC plant explosion caused the shop's windows to shatter. Co-owner Alicia Huber said people still wanted their coffee, despite the shards of glass inside of the shop.

“We had people come in when we were still cleaning up," she said. "As soon as we got cleaned up and ready, we did go ahead and serve a few people before that second blast hit, and then we all had to evacuate.”

The Avenue Coffee and Cafe has a surveillance camera inside of the shop facing the door. They posted their video to social media to show the magnitude of the explosion.

WATCH | Surveillance video of The Avenue during the 1st explosion

"It’s kind of scary," Huber said. "If it would’ve just hit during the day time, when there’s a million people here, we would have never known exactly what to do or what would happen."

The blast from the first TPC plant explosion burst windows of homes and business across the Port Neches area.

The evacuation order was lifted on Friday, which might be the cause of the lack of people in the Port Neches area during the annual Saturday small business day.

"There’s still a lot of people away from their homes at this point, and they’re still trying to come back," Huber said. "They have clean up, so they’re more worried about that than getting out."

Small businesses neighboring The Avenue have not reopened yet. But Huber said The Avenue is open and ready to get back to business.

"We were trying to open as soon as possible," she said. "This was the first chance that we had to get open and serve the community and get everybody caffeinated up."