The Environmental Crimes Division determined that the water pollution in Tucker Bayou was at criminal levels from March 17-March 21. 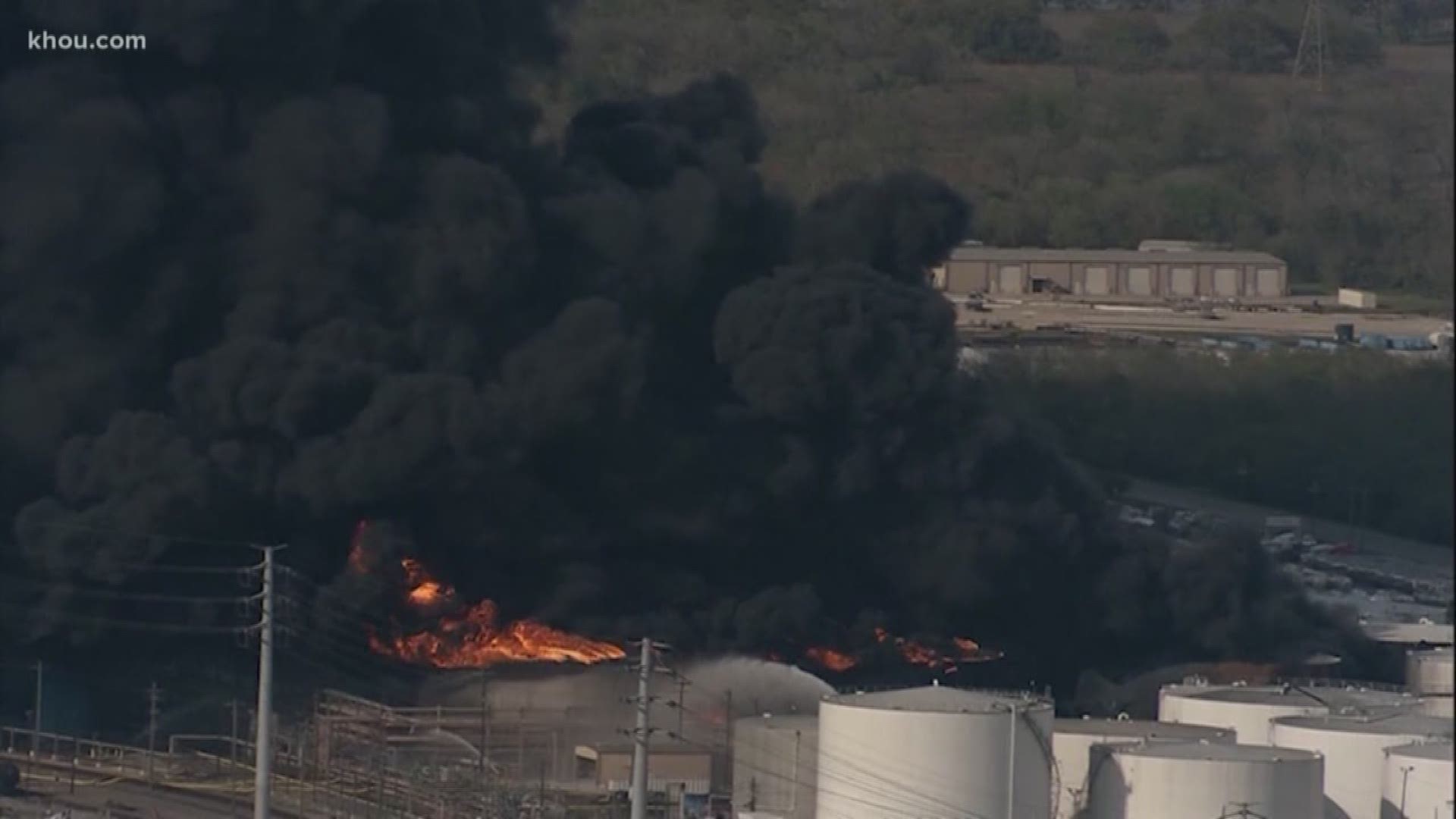 Intercontinental Terminals Company could face a fine of up to $100,000 per each of the five charges filed.

A leak in a tank manifold was determined to be the initial cause of the fire that burned for days. According to a University of Houston chemical engineer, a manifold functions much like a junction box. It regulates the flow of fuels from different pipes in and out of the storage tank.

According to Ogg, the Environmental Crimes Division determined that the water pollution in Tucker Bayou was at criminal levels from March 17-March 21.

“People living in Deer Park and the other neighboring residential areas near ITC’s plant deserve protection too,” Ogg said in the statement Monday. “When public health is at risk, it’s a public safety concern.”

"Although we have not seen the charges, there is no question that there was a large fire and an enormous effort to extinguish it which resulted in a discharge into Tucker Bayou."