The explosion, caused by a transfer line igniting a tank full of isobutylene, could be felt in Houston, Kingwood and Deer Park. 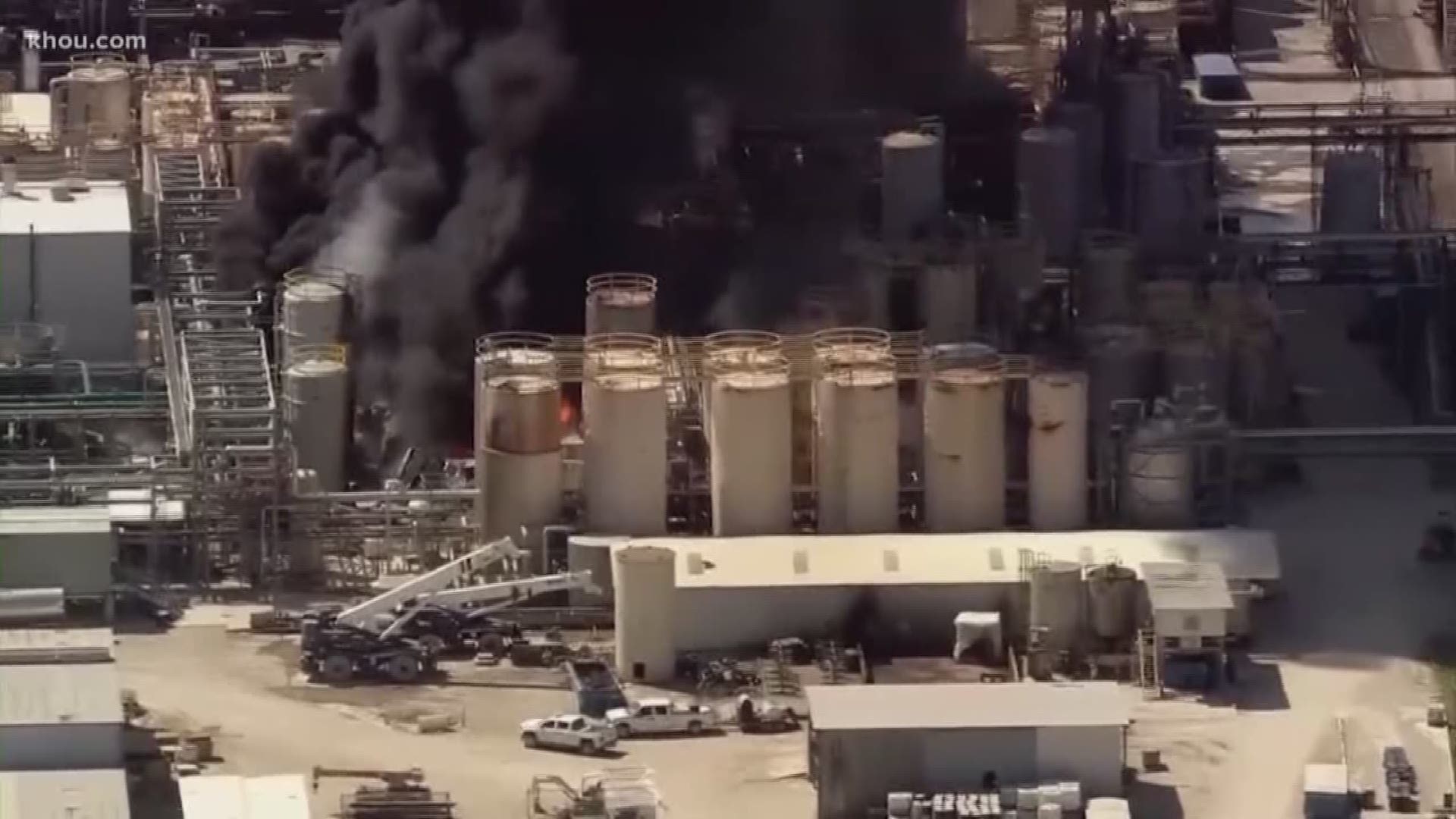 HARRIS COUNTY, Texas — One person has died and two others were badly injured in an explosion and fire Tuesday at a Crosby chemical plant in east Harris County.

The explosion at the KMCO plant happened around 10:45 a.m.when a transfer line ignited a tank full of a chemical called isobutylene. The Harris County Fire Marshal's Office said the fire was contained by 4:20 p.m.

Tuesday evening, Attorney General Ken Paxton filed a petition against KMCO for violations of the Texas Clean Air Act. HCFMO issued a subpoena to the plant as part of their investigation. 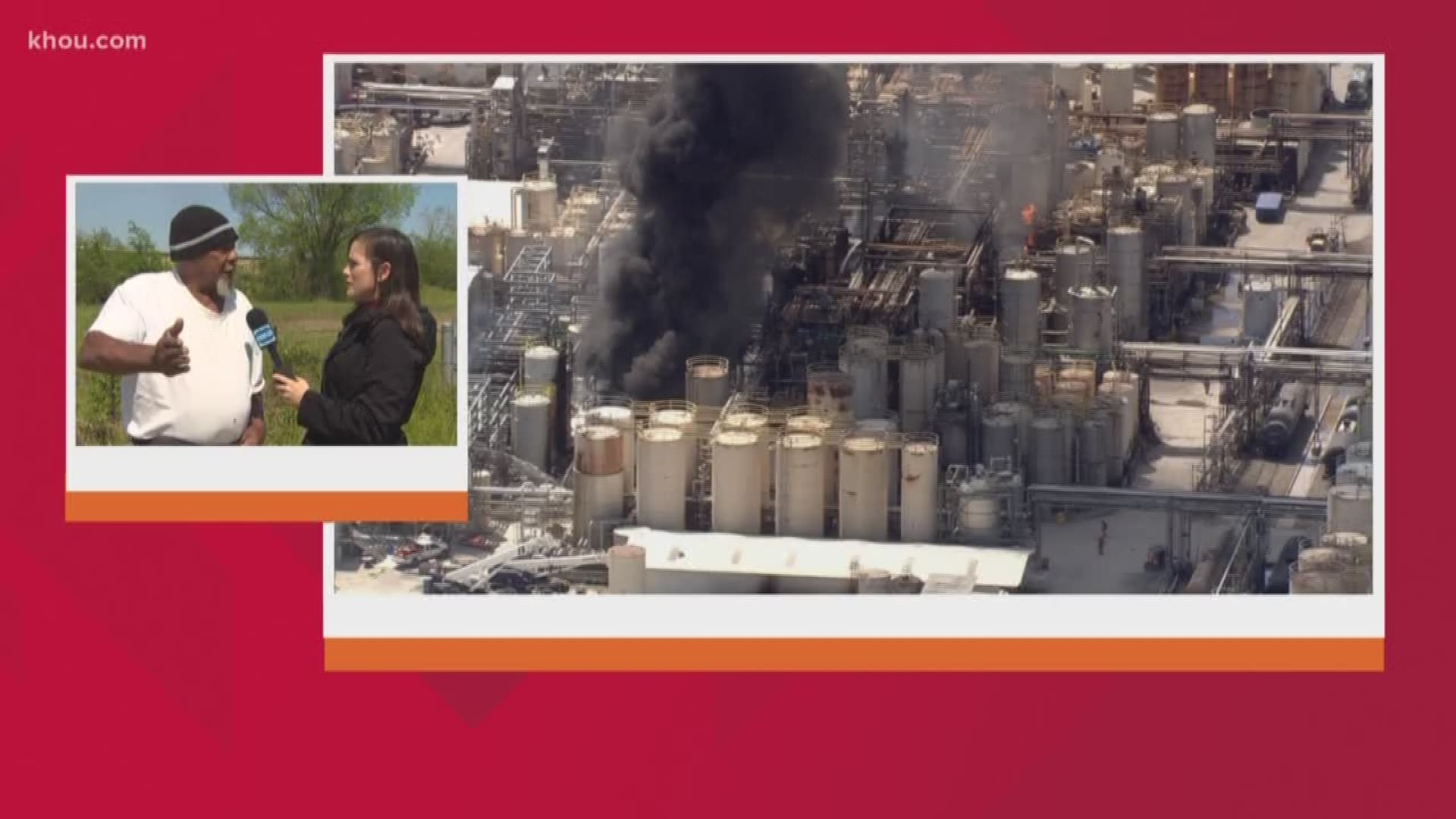 The shelter-in-place advisories for nearby residents and all schools were lifted around 2:15 p.m. As a precaution, HISD canceled outdoor activities at eastside campuses, along with a few other northside schools. See complete list here. 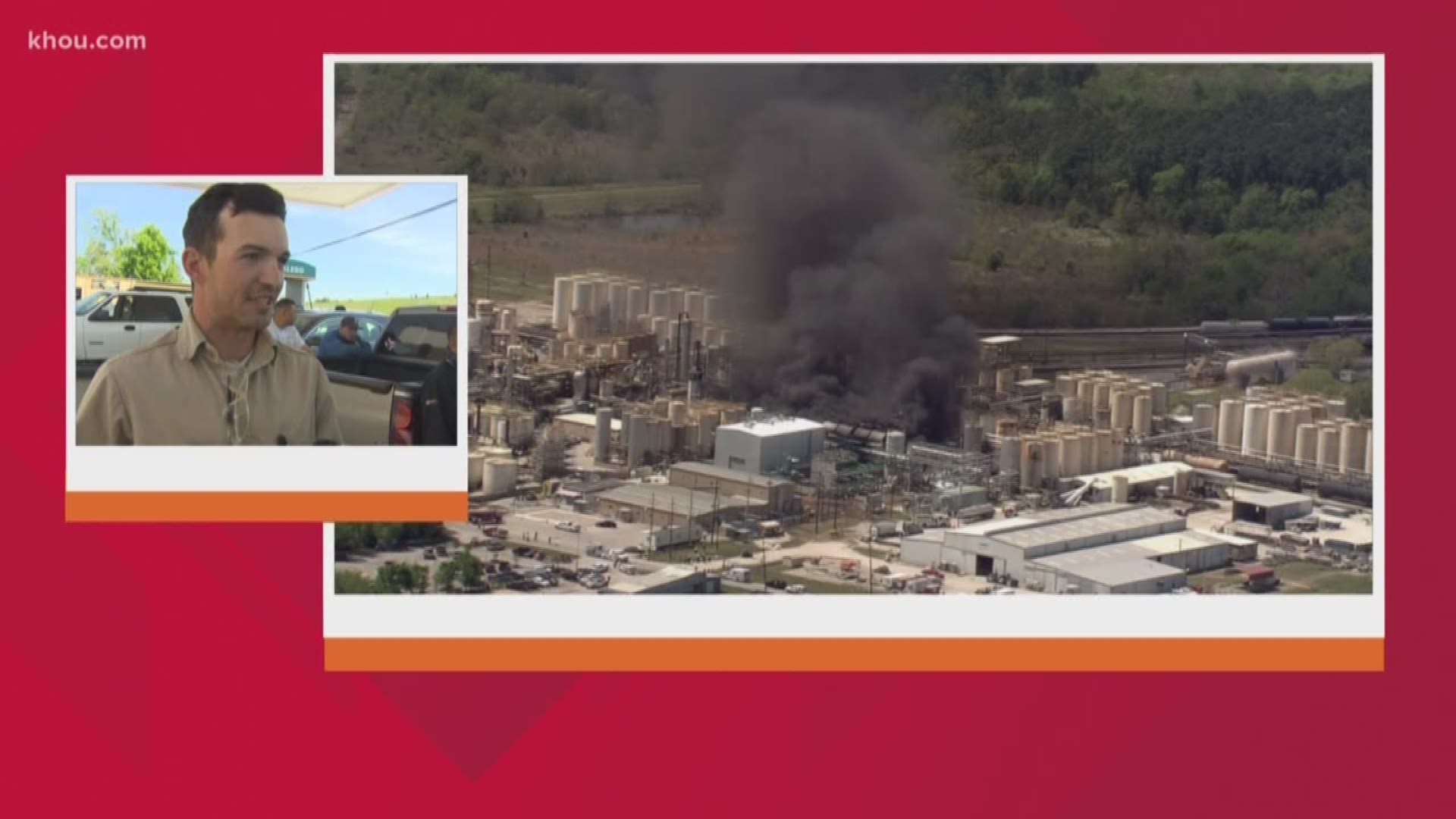 Late into Tuesday night, fire crews could be seen spraying water onto the KMCO plant in Crosby, trying to ensure that what was a deadly fire earlier in the day stayed extinguished.

TCEQ has also sent emergency response personnel, along with an air quality van, to the vicinity.

We have activated the company’s emergency response team and incident command center. We are working with local first responders to extinguish the fire. We will give another update as additional information becomes available."

We apologize for any inconvenience to residents in the vicinity. The wellbeing of our people, neighbors and the environment remain our top priorities.