A recent study by the UT Health Center finds 18 percent of Harris County residents -- which is more than 800,000 people -- are dealing with serious psychological distress linked to Hurricane Harvey. 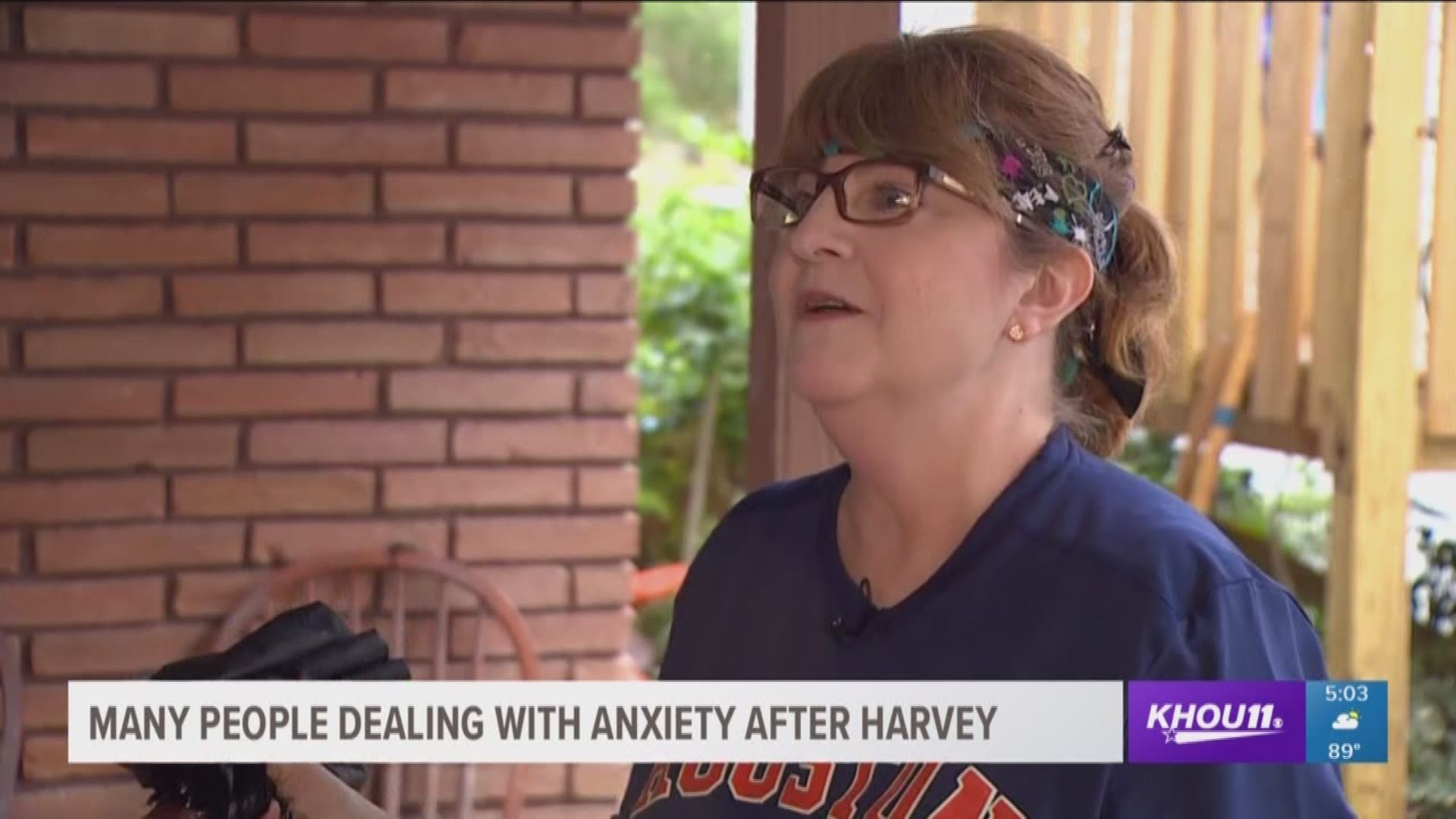 DICKINSON, Texas - The chance of heavy rain in some areas of Houston is making some people nervous.

A recent study by the UT Health Center finds 18 percent of Harris County residents -- which is more than 800,000 people -- are dealing with serious psychological distress linked to Hurricane Harvey.

"It was chest-high on me," explained Elaine Maxwell when asked about how high flood water rose on her Dickinson property.

About 10 months later, the details are as vivid as ever. Her home is still under renovation. Maxwell, her husband and her 18-year-old autistic son are temporarily living in a FEMA-provided mobile home that's set up in the family's front yard.

"Yeah, I can’t even look up there," said Maxwell of the home's attic door in the hallway. "It was horrible. I was trapped in my attic for 16 hours with my autistic son."

For her son's safety, the home's windows were screwed shut. As she tried to flee her flooding home, Maxwell described the moment she dropped the keys needed to unlock the front door.

"And I couldn’t find them with my foot. And my phone went dead," she said.

Trapped in an attic with no way to see out, Maxwell was at the mercy of anyone who could her she scream through an attic vent.

"I’m just hearing the wind and the rain and the helicopters and the air boats," she said.

Sixteen hours later, the Cajun Navy swooped in for the rescue. Nearly 10 months later, as the chance for heavy rain is forecasted for the weekend, the anxiety sets in.

"Yeah, that thunder that we heard a little while ago, that got my anxiety going big time," Maxwell said.

After Harvey, doctors say they found unprecedented psychological distress. A UT Health study shows 37 percent of Harris County residents whose vehicles were damaged in Harvey are dealing with mental health issues. The rate rose to 48 percent for people dealing with damaged homes.

If you need to talk to someone, call the federal Disaster Distress Helpline at 1-800-985-5990. Trained counselors are available 24/7 to support people who are experiencing emotional distress related to natural disasters.