Poll: Majority of Harris County residents will vote in favor of $2.5B flooding bond

A study by the Hobby School of Public Affairs at the University of Houston says most people in Harris County will vote in favor of a new $2.5B bond to help combat flooding in the Bayou City. 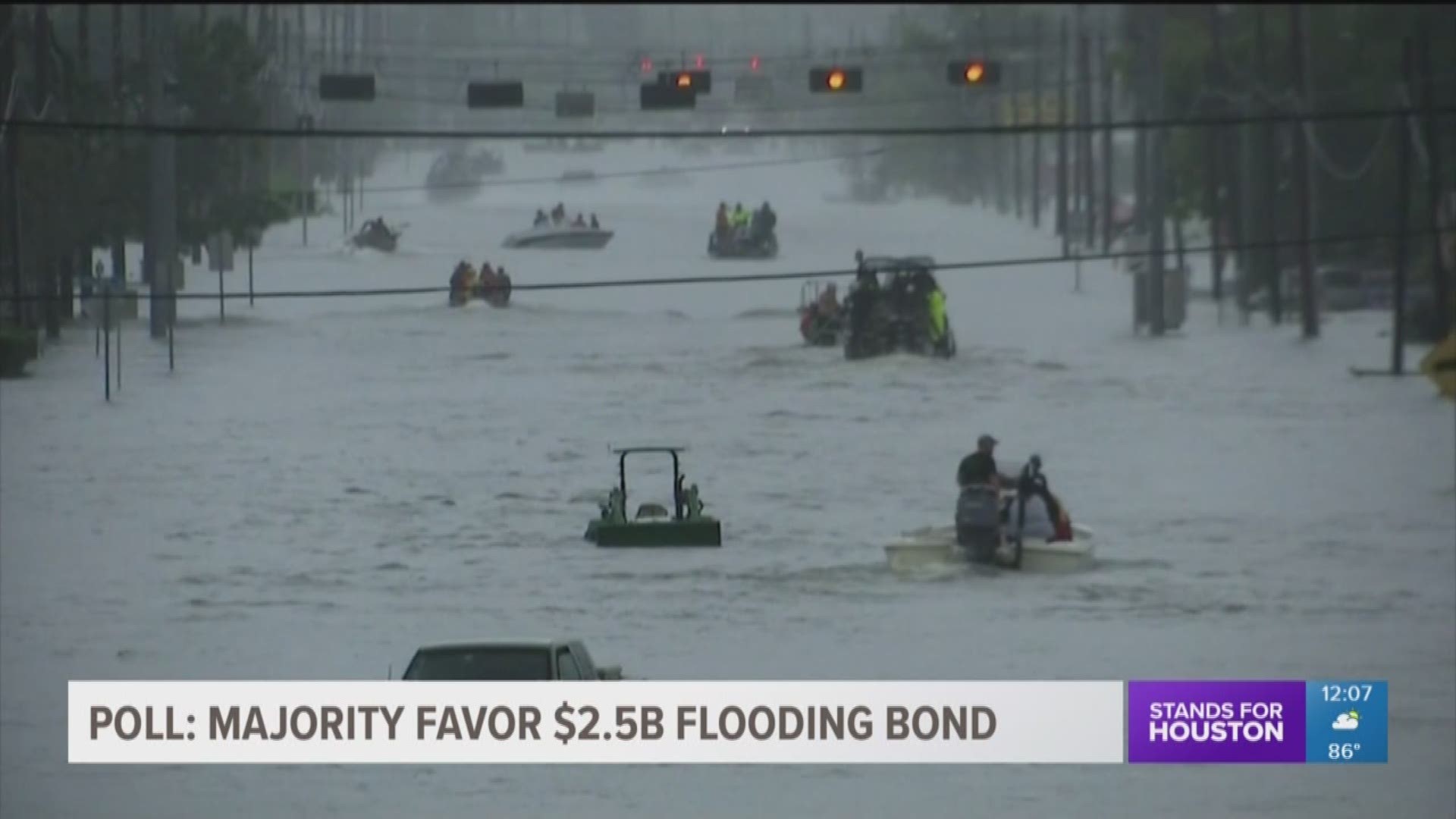 HOUSTON - The majority of Harris County residents are expected to vote in favor of a $2.5 billion bond to help battle flooding, according to a new survey by the Hobby School of Public Affairs at the University of Houston.

Officials with the study spoke to 815 Harris County residents between June and July of 2018 and asked them about the Harris County Flood Control District's Bond election.

The special election will ask for $2.5 billion to address flooding in the county. Specific details about what officials will do to prevent flooding have not yet been released.

Turnout for voters is expected to be low however. Only about 5 to 8 percent of 2.2 million voters in Harris County are expected to vote.

It was also found older voters are more supportive of the bond.