The C.R.O.W.N. Act is in effect in a few states and dozens more are considering the legislation. Representatives say the law protects natural textures and styles. 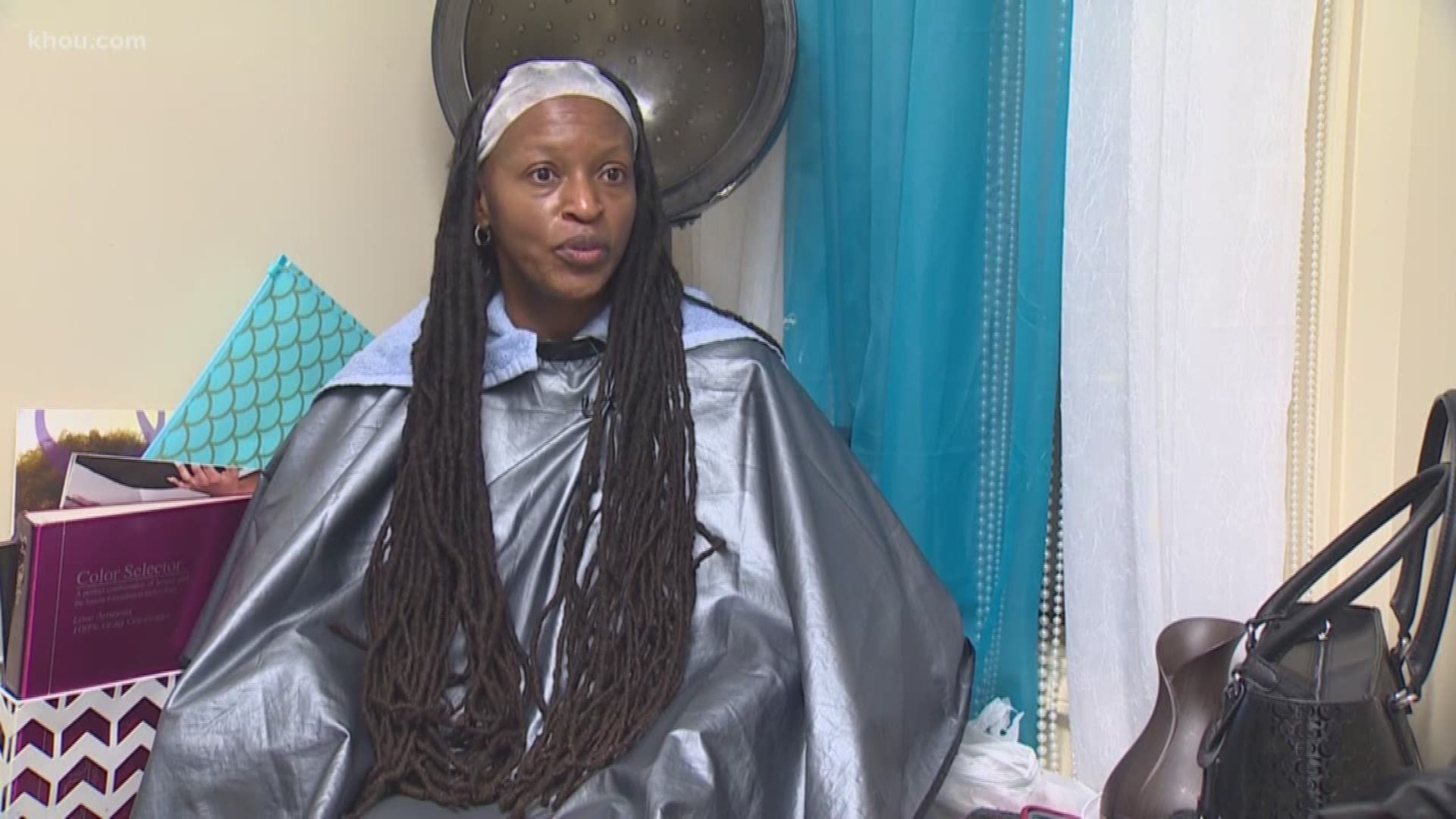 HOUSTON — Five members of the Texas Legislative Black Caucus are teaming with the C.R.O.W.N. Coalition to rally support for the C.R.O.W.N. Act, which stands for "Create a Respectful and Open World for Natural hair."

Texas lawmakers Harold Dutton, Ron Reynolds, Rhetta Bowers, Carl Sherman and Shawn Thierry are calling for the law which prohibits discrimination based on hair texture and styles, which they say "have a disparate impact on Black children, women and men."

At hair salons across Houston, there's a battle between what's authentic and what's acceptable.

"And our hair is a big deal," said hair dress Toshia Ollison who works at Salon Meyerland.

"It is definitely my crown and glory. I love my hair. I think my hair is beautiful," said Felicia Darden as she sat under a hair dryer. "It’s very sad and it’s worrisome at times that you’re concerned about the fact that my natural hair may be an issue for an employer.

Darden's spent the last 20 years growing out her locs. She washes and conditions her hair just like everyone else. Ollison trims the ends often.

"We’ve relaxed and straightened our hair for so long that a lot of women are now getting back to the basics of just having natural hair," said Ollison who's specialized in natural hair for the last 15 years.

"You know, I hate when my clients come in and say, I’m going to have to put this wig on," Ollison said. "This is our hair. This is how it grows from birth, so what is the problem?"

Some Texas lawmakers have heard the concern. During the 2021 legislative session, Texas could become another state to pass the C.R.O.W.N. Act. California was the first state to introduce the legislation which is not in effect there and New Jersey and New York.

Dozens of other states are now considering the legislation.

"I think the C.R.O.W.N. Act is awesome and sad at the same time," Darden said.

A possible legal protection that would allow people to be themselves, inside and out.

RELATED: Ellen, Alicia Keys had a big surprise for the Mont Belvieu teen who refuses to cut his dreadlocks

RELATED: Mont Belvieu teen at center of dreadlocks controversy tranfers to another district