Police: Man shot in head while driving in south Houston

The victim later collapsed to the floor at the gas station. Paramedics took him to the hospital, where was in critical condition. 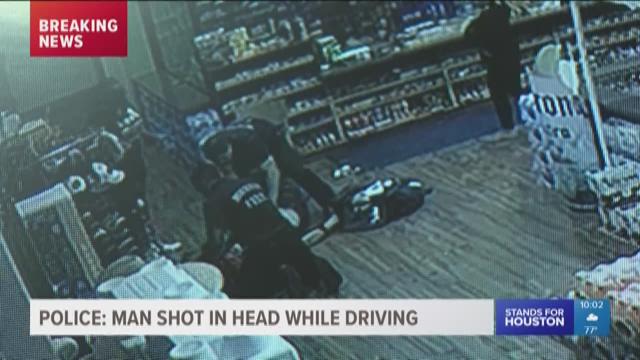 HOUSTON — A man shot in his pick-up truck collapsed trying to get help inside a southeast Houston gas station. He is in critical condition.

The back windshield of his pick-up was shattered.

The man walked inside the store holding one of his socks over the wound behind his head.

He asked the clerk to call 911 but struggled to say much more.

“I heard I might be shot,” Raz Zhimire, the clerk said. “I asked him what happened and then I took (it) seriously. I (felt) like he got shot in his head and I took back the phone and I called for emergency.”

The victim later collapsed to the floor. Paramedics took him to the hospital. He was in critical condition.

Investigators were not able to interview him. They do not yet know where or why the man was shot.