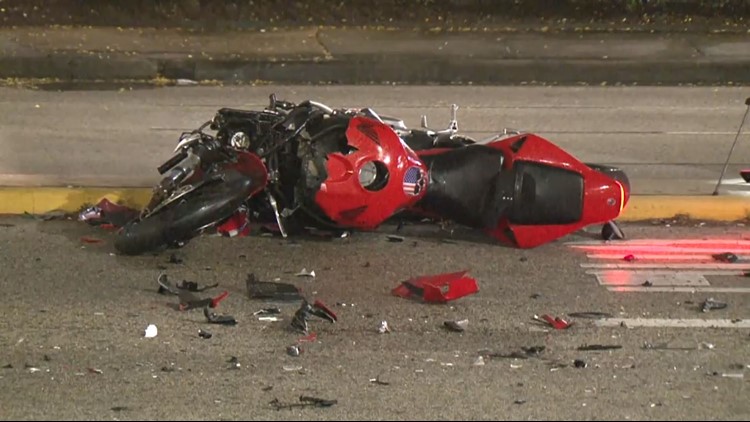 HOUSTON - A motorcyclist is dead after he T-boned a SUV in west Houston early Sunday morning.

It happened around 3:15 a.m. on Westheimer near Stoney Brook.

The Houston Police Department said a SUV pulled out from a parking lot and was going to the far left lane to make a U-turn when the motorcycle crashed into it. A witness told police the motorcyclist was traveling at a high rate of speed.

The driver of the motorcycle was taken to the hospital where he later died.

There was a man and a woman in the SUV. Neither were injured, but police said they are shaken up.

At this time, no charges have been filed.