Chief Acevedo said eight police officers were injured, including some who had rocks and bottles thrown at them. 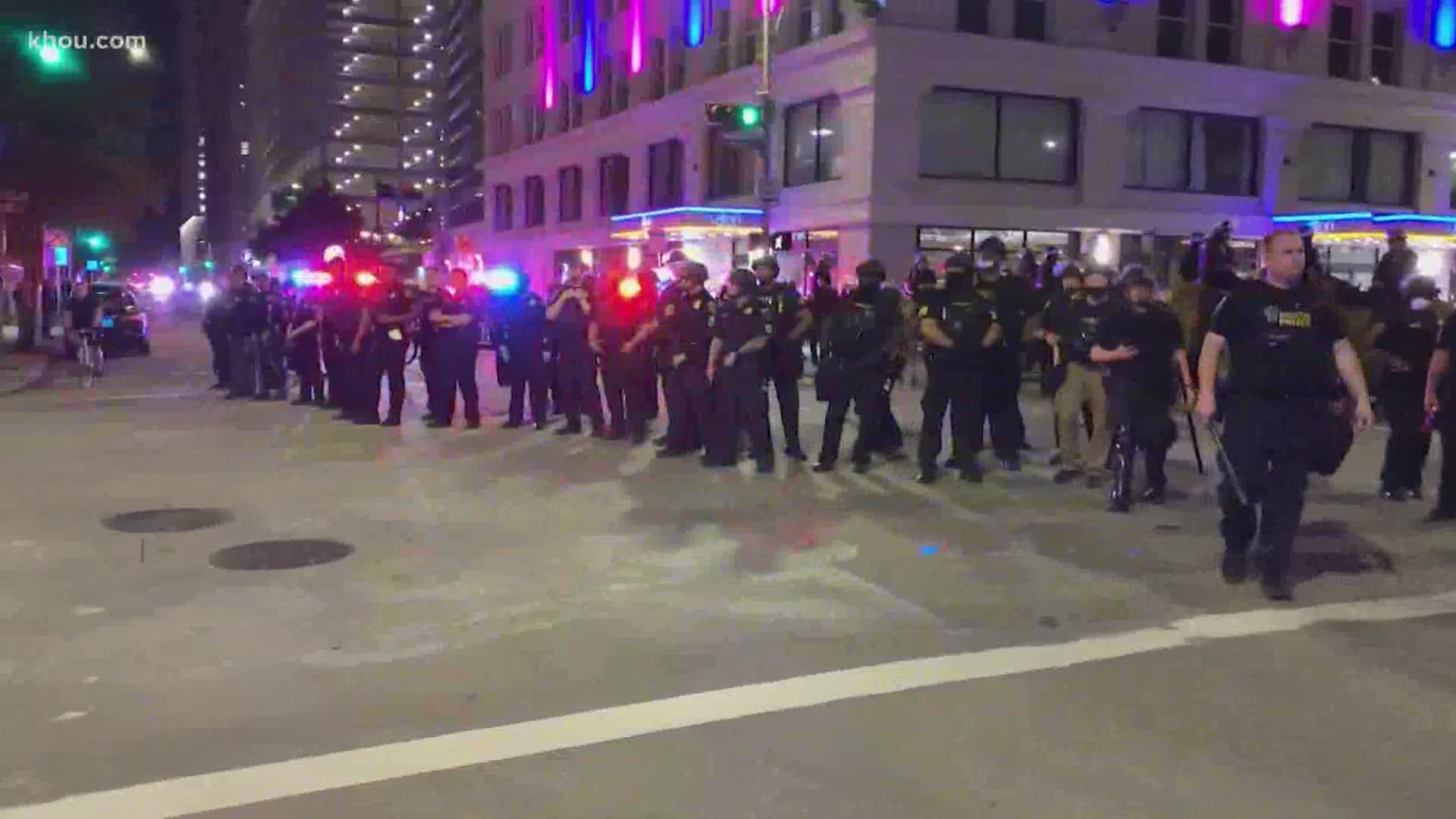 Acevedo said eight police officers were injured, 16 patrol cars were damaged, and some businesses were vandalized. He said 137 people were arrested, mostly for blocking highways.

The chief praised the vast majority of protesters who were peaceful and blamed outside agitators for inciting violence.

"We're seeing that there are people -- who are not people of color -- who are coming into this city and other cities to actually start agitating and actually engaging in violence," Acevedo said. “Unfortunately, what happens is there are provocateurs or anarchists or those who want to hijack the legitimate pain, the legitimate grievances, the legitimate activities of 80 percent -- if not more -- of that crowd.”

Acevedo had a warning for the troublemakers: “We cannot tolerate criminal mischief or destruction of property.”

Bombay Pizza Co.is one of the businesses cleaning up from that destruction Saturday.

“They had crowbars and their hands that’s what they were here for," said owner Viral Patel. “They’re not even doing it for the right reasons. So, was it worth it? Probably not by the time they wake up this morning.”

HPD has beefed up police presence in downtown Houston and other areas of the city to protect peaceful demonstrators.

RELATED: George Floyd's funeral to be held in Houston

He has seen the video and said it appears unintentional, saying the officer was focused on what was happening around him and the woman was walking backwards and didn't see him coming.

"Riding a horse is like driving a car, you‘ve got to slow down because people aren’t paying attention."

Acevedo said they are looking into it.