There were no reported injuries from the crash, according to the sheriff's office. 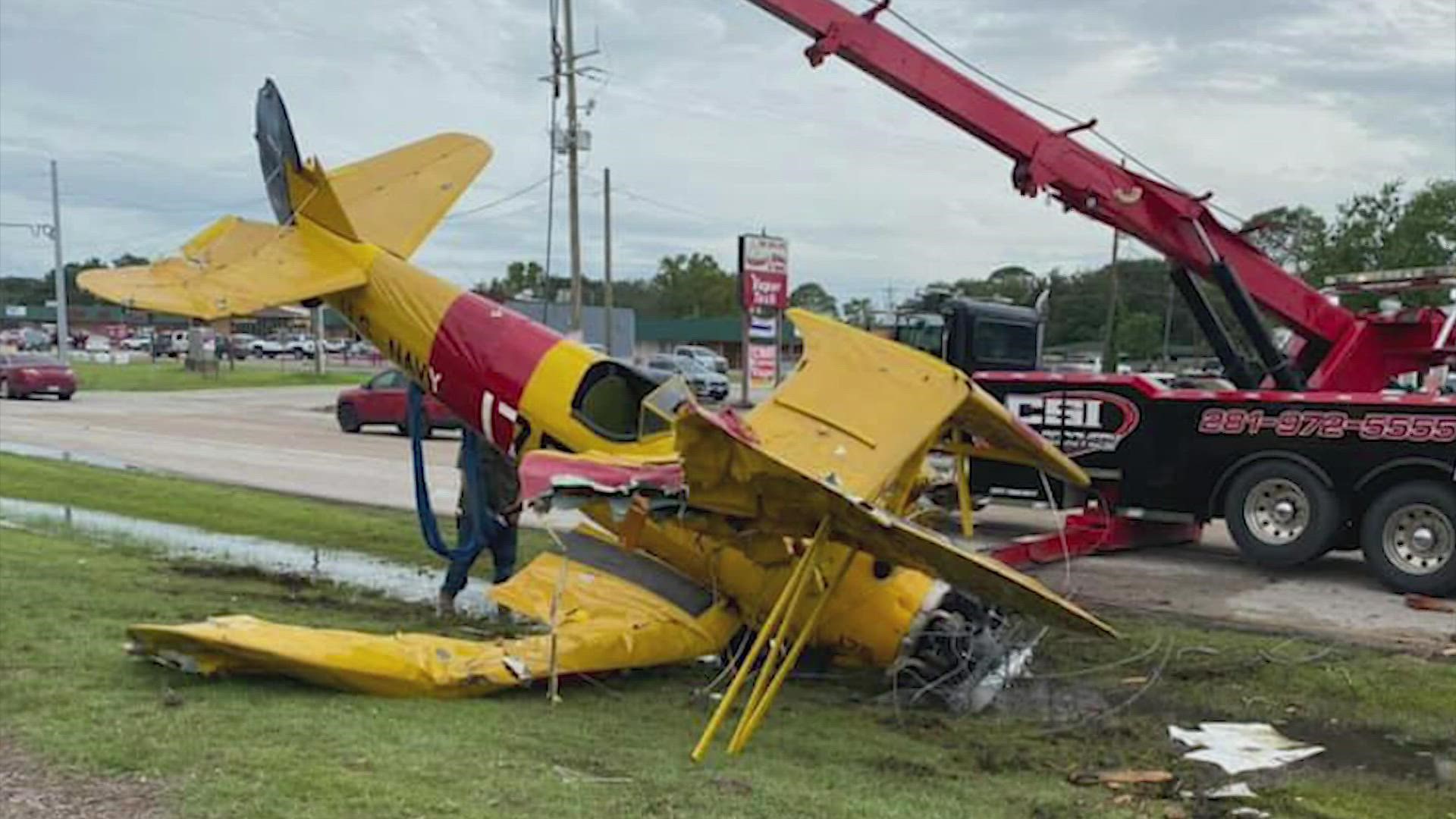 WINNIE, Texas — A biplane that was supposed to be towed back to the airport after being towed during a parade in Winnie ended up crashing on Highway 124 when the pilot attempted to take off.

No one was injured in the crash, which was captured on video, according to the Chambers County Sheriff's office.

In the video released by the sheriff's office, the plane appears to be taking off from Highway 124 in front of the Market Basket.

The plane becomes airborne just before crossing the intersection at LeBlanc Road and Highway 124.

The plane can be seen clipping a streetlight and then appears to strike cables holding traffic signal lights before crashing onto the median and flipping over just north of the intersection.

The single engine plane had been part of the Texas Rice Festival parade earlier along Highway 124 which was still closed to traffic when the crash occurred.

The plane was supposed to be towed back to the airport but because of some approaching bad weather the pilot felt it would be quicker to fly the plane back Chambers County Sheriff Brian Hawthorne told 12News.

Taking off from the highway was not recommended by authorities or rice festival officials Hawthorne said.

A photo provided by the Chambers County Sheriff’s Office shows the damage. The photo shows a yellow plane overturned alongside the highway. A witness tells 12News it happened near Market Basket.

“It was towed from the airport to be in the festival parade and then they went to the parade and then in lieu of towing it [back] because it looked like weather was moving in on them, they felt like it would be quicker-- the highway had been shut down for the parade--they felt like it was quicker to fly it, definitely not at the recommendation of the authorities or the festival,” Hawthorne said.