Texans honor Deputy Dhaliwal with moment of silence prior to kickoff

The Houston Texans honored fallen Deputy Sandeep Dhaliwal with a moment of silence before Sunday's game. 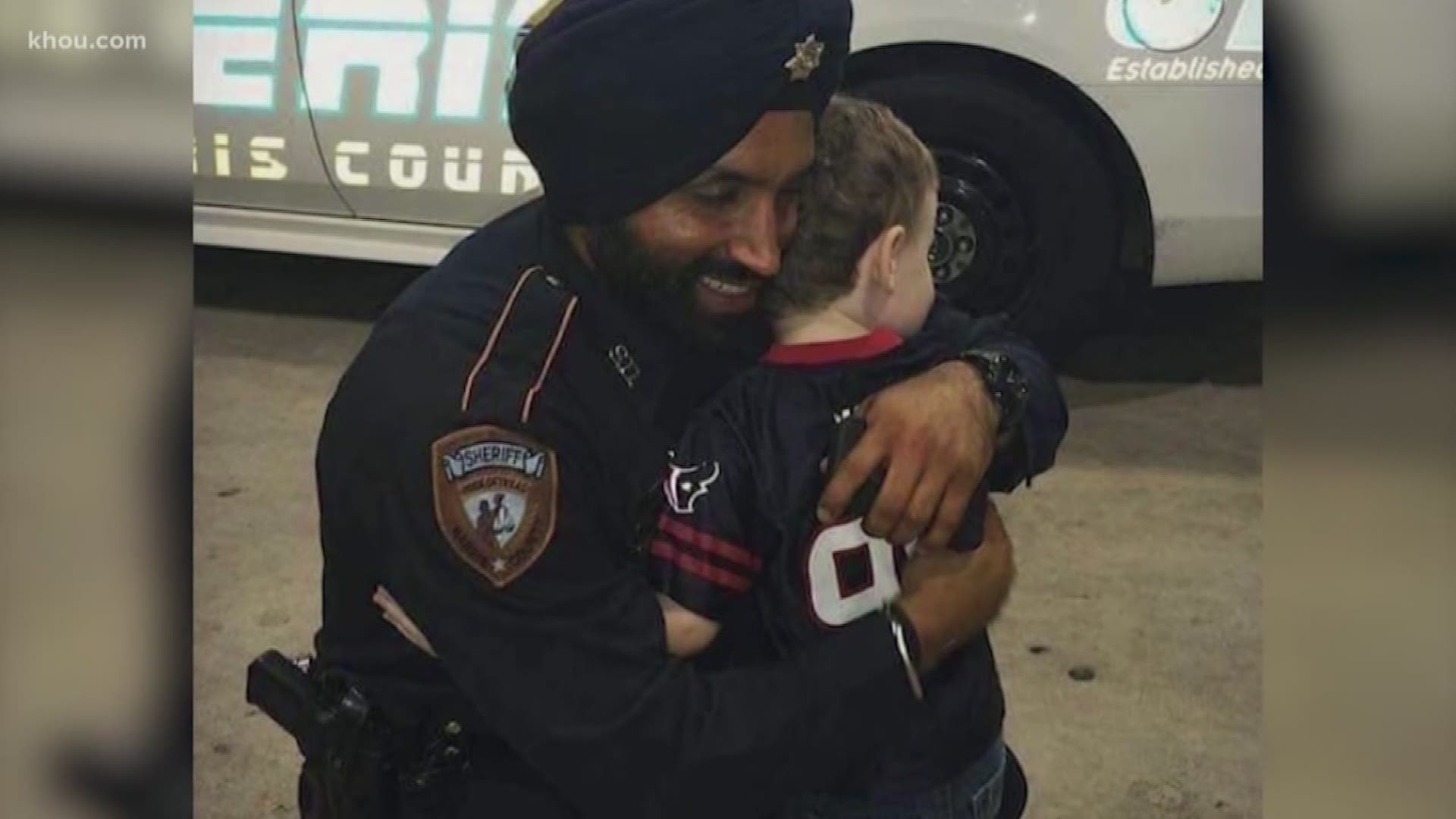 HOUSTON — There was a touching moment of silence for a good man before Sunday's Houston Texans versus the Carolina Panthers game at NRG Stadium.

"Our thoughts are with his family, friends and fellow officers," the team stated in a press release Sunday morning.

"@TexansPR thank you. That is a wonderful gesture. Deputy Dhaliwal’s family is aware and grateful," tweeted Sheriff Ed Gonzalez in response.

The stadium's large screen showed a photo of Dhaliwal during the moment of silence.

A public candlelight vigil is planned for Dhaliwal on Monday evening, tap here for details.

Later this week there are two funeral services planned.

Deputy Dhaliwal was conducting a traffic stop Friday afternoon when he was shot and killed from behind. He was taken by Life Flight to Memorial Hermann Hospital where he later died. The suspect accused in his murder is in custody.

RELATED: 'I heard a gunshot, and I ran over' | Woman who tried to save Deputy Dhaliwal says she kept hoping

RELATED: 'He’s gone, but he will live in our hearts' | Sikh community reacts to Deputy Dhaliwal's death