Cynthia Medellin and her neighbors are still desperate for help after Harvey. "This is a low-income neighborhood. But these people work. These people pay taxes. These people have jobs." 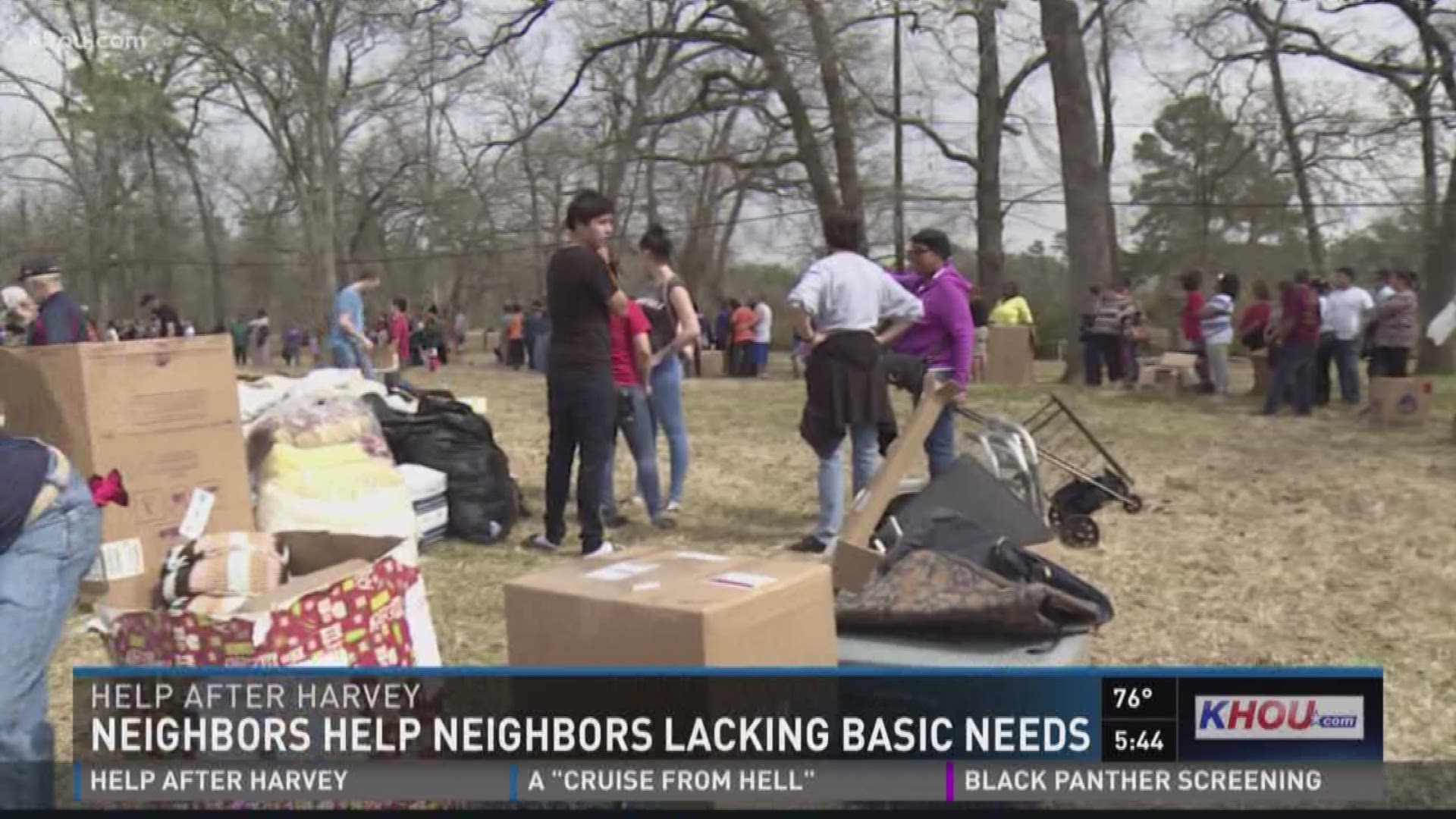 HOUSTON - Cynthia Medellin drove from Galveston to northeast Houston in order to be in line by 8 a.m. for a hand up on Sunday.

Medellin's lived in the Lakewood neighborhood since 1971.

As the line formed around a vacant lot at the intersection of Banting and Street and Homewood Drive, Medellin described what life's been like for the last six months.

"Harvey’s still here," said Medellin. She and many of her neighbors are still not living in their homes.

With pending or little help from the federal government and no help from insurance, some families in northeast Houston can't afford to repair their homes.

Medellin and her family are using FEMA funding to stay in a hotel in Galveston.

"I’m just like every member of this community," said Medellin. "We need sheetrock. We need flooring. We need insulation. We just need basic things."

Second in line, Medellin hoped to get her hands on some much needed donations like blankets, space heaters, cleaning supplies and clothing.

The donation distribution was organized by Christine Clinkenbeard, a woman from The Woodlands, "because it’s the right thing to do. There’s no reason that anyone should be sitting in this line." she said.

Clinkenbeard began helping in the immediate days after Harvey.

She and her friends made more than 3,000 meals for first responders and neighbors in need. Once the flooding subsided, Clinkenbeard began collecting donations.

On Sunday, Clinkenbeard distributed the supplies to Medellin and the community for hours. "People understand that it’s not about being lazy or not working. This is about abject poverty and the lack of governmental assistance that was really necessary."

Inspiring! Christine Clinkenbeard, a mom from #TheWoodlands organized a #HarveyRelief Drive today! She helped 100's of people get the supplies they still need SIX MONTHS after the storm! Story on #khou11 pic.twitter.com/6Fz8SS0BZL