Seven people have been hospitalized, including two children with minor injuries. 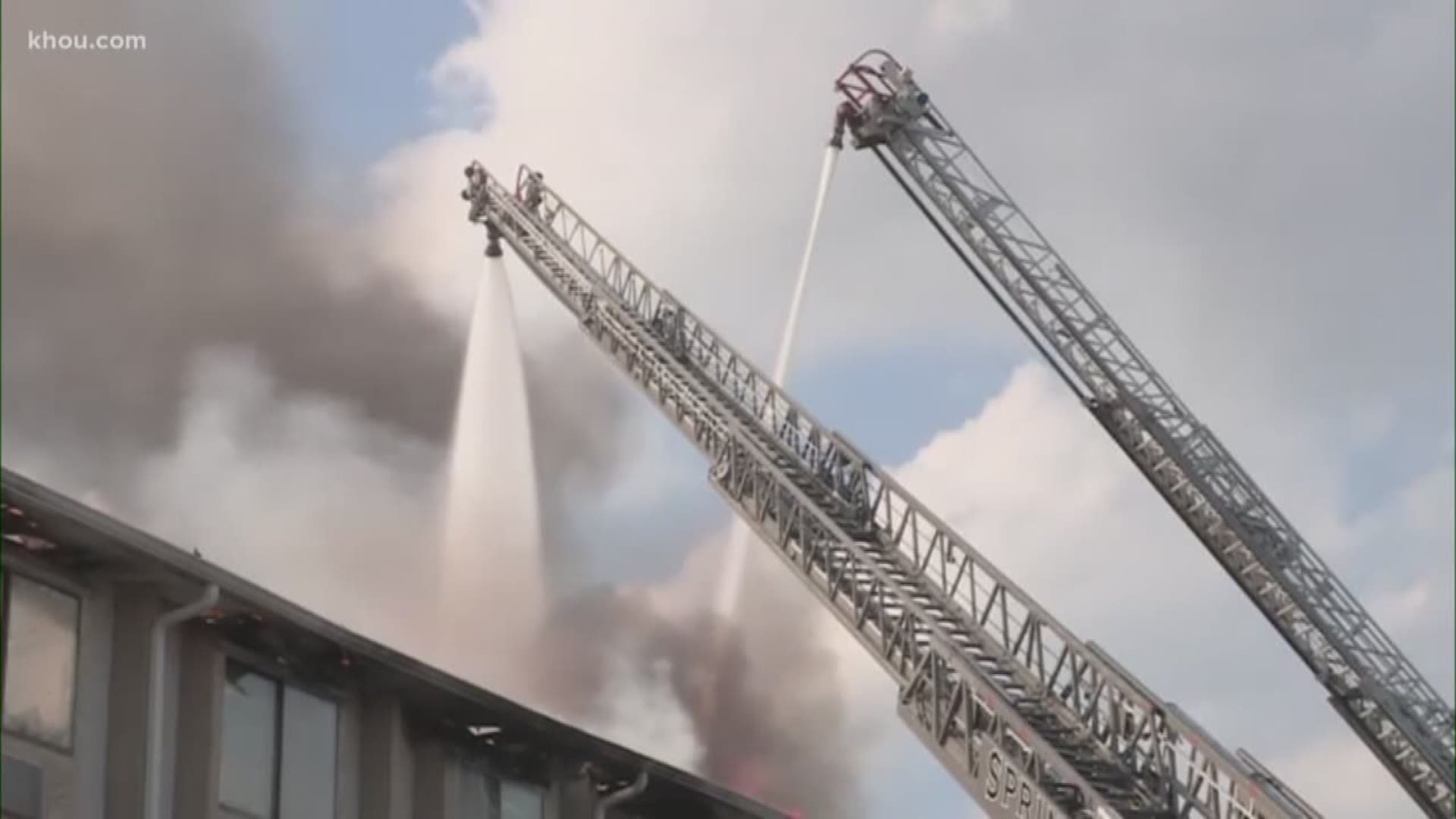 SPRING, Texas — Two young children who were allegedly left alone in a motel room while playing with a lighter started a 3-alarm fire at a Motel 6 in Spring, officials said.

The 3-alarm fire broke out around 3:15 p.m. Wednesday at the Motel 6 at 19606 Cypresswood Court. Seven people were taken to the hospital, including the children, ages 3 and 6, and their caretaker, the Harris County Fire Marshal's Office said.

Fire investigators are working with the Harris County District Attorney's Office to charge the caretaker of the two children. Witnesses said a brother and sister were left alone in a room and were playing with a lighter.