Animal experts say there's nothing to be alarmed about after the latest close encounter with a coyote in the suburbs. A family who lives near the Harris County/Pearland line caught one on its home surveillance camera after the animal killed a stray cat. 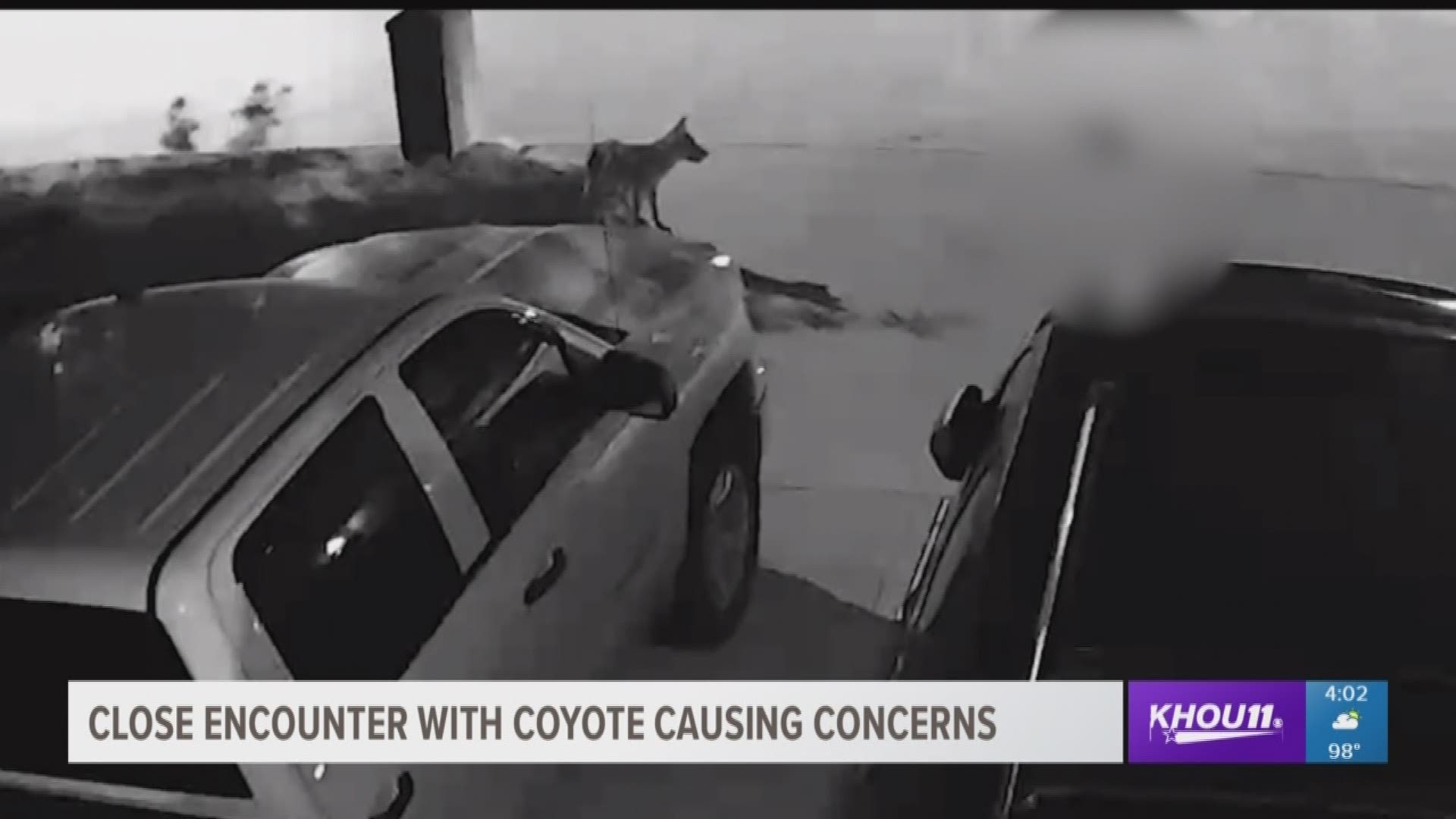 A Pearland-area family caught a coyote on its security camera in the middle of their neighborhood. It happened near Hughes Road and Pearland Parkway.

“You know, a coyote is a wild animal,” said Sharon Schmalz with Houston SPCA’s Wildlife Center of Texas. “Any wild animal is unpredictable and we are predators to them.”

She isn’t surprised that a Pearland-area family caught a coyote on camera. It was walking around the front of their house after a neighbor claims to have seen it attack a stray cat.

“He actually looked like a dog,” said homeowner, Lydia Sauceda.

Sauceda’s husband checked the video after finding what was left of the cat in their front yard.

“And, in the afternoon, we’ve got a lot of people that like to walk and stuff and do the trails,” said Sauceda. “So, it becomes a safety concern.”

Sauceda’s neighborhood, and a newer subdivision next door, are both built near Clear Creek. Some wooded areas still exist just a few yards from new homes.

“I kind of had the suspicion that it was a coyote because you can hear them in the back over there,” said neighbor Stephan Montes.

Schmalz said coyotes and other creatures are likely just looking for food as they normally would. It’s just that some of their hunting grounds have been paved over and filled with people.

“That’s really the biggest thing is trying to keep them from coming toward our houses because they’re trying to eek out a living now too,” said Schmalz.

Making sure family pets are secured at night and that food isn’t left outside are among the things you can do to help ensure you don’t cross paths with a coyote.

Here is information from the state of Texas and the City of Pearland regarding urban and suburban coyotes and how to keep them at bay: tpwd.texas.gov and here pearlandtx.gov.