Surveillance video a resident provided to KHOU 11 showed the dogs approaching the man as he walked in the neighborhood early Thursday. 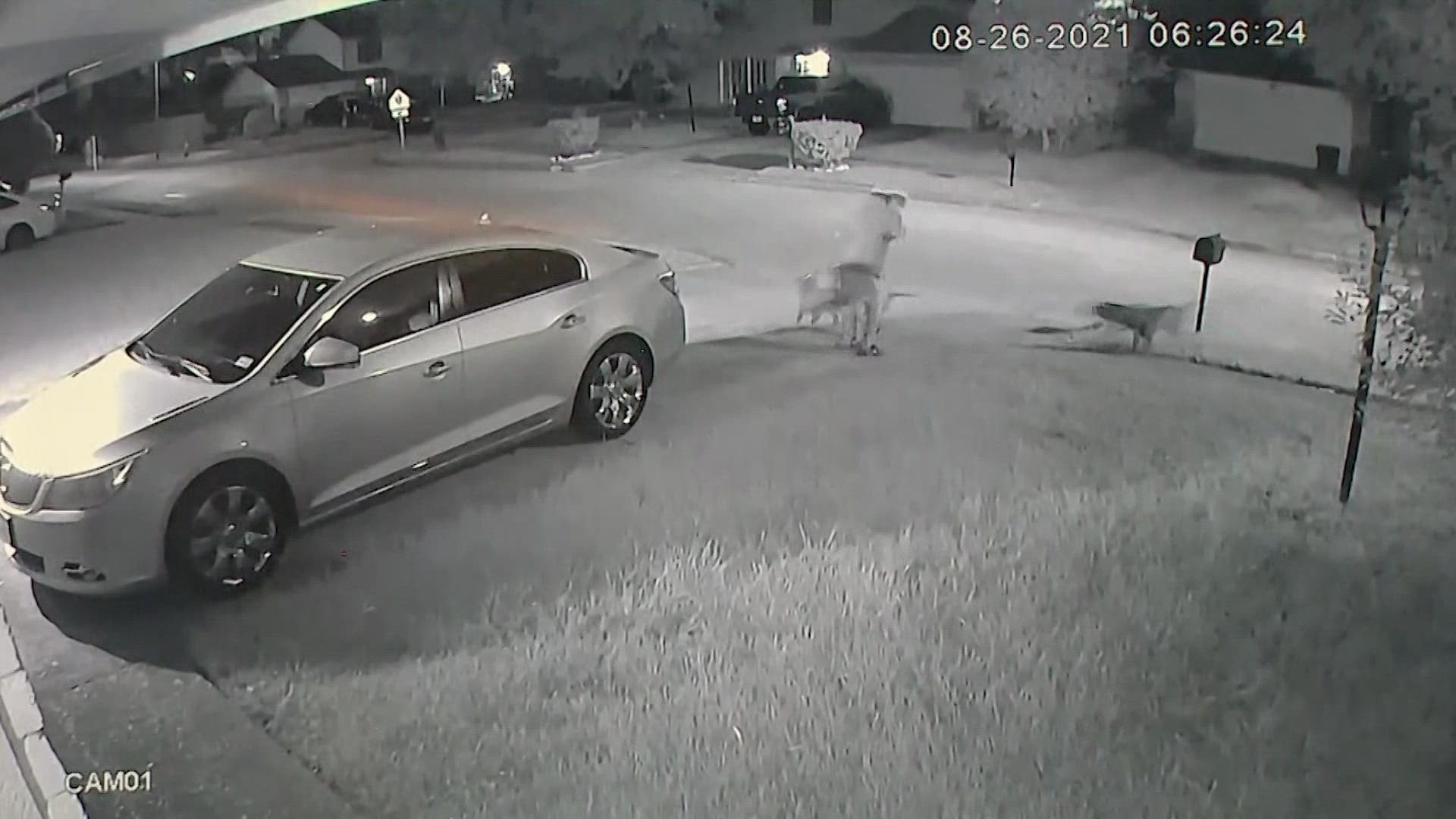 The Harris County Pct. 4 Constable’s Office tweeted the attack happened before 6:30 a.m. in the 4300 block of Queens Retreat Drive, which is not far from Veterans Memorial and Bammel North Houston.

Life Flight was called and landed in a nearby church parking lot to take the man to the hospital.

Surveillance video a resident provided to KHOU 11 showed the dogs approaching the man as he walked. The man turned around and walked backwards briefly before the dogs started jumping and biting.

The dogs knocked the man to the ground and kept attacking him.

Neighbor shot one of the dogs

Several neighbors heard the commotion and rushed to help, scaring off the dogs. Darrell Berryman got there first.

"All he was saying was help, help, and both of them were on him. I said, 'Oh, my God,'" Berryman said. "I've never saw that before. For a person to be laying there, couldn't move and they're doing what they want to, snatching, yanking their head, biting his head, I've been upset ever since."

One neighbor, a retired sheriff's deputy, Elmer Levigne, had a gun and shot at least one of the dogs when they returned.

"I had to open fire. The dog wanted to attack us," Levigne said.

The video showed deputy constables then arriving at the scene to assist.

Lt. D. Garza with Precinct 4 said the victim had puncture and bite wounds all over his body, "primarily in the neck and upper-body area." The man lost a lot of blood and was in critical condition as of last check.

Garza confirmed a responding animal control officer was bit twice and suffered non-serious injuries. An officer again shot one of the dogs to get them under control, and the animals were then detained. They were taken to a Harris County Animal Control facility.

Deputy constables said they know who the owners are, but they were not "really saying much," noted Garza.

KHOU 11's Brittany Ford reported at noon that criminal charges are pending in the case, but currently no arrests or names have been announced.

Neighbors said they had prior incidents with the dogs in the neighborhood, although deputy constables said they could not find any official reports in their office about the dogs.