Dr. Levenson has been more than a pastor to the Bushes. He's been a close friend. 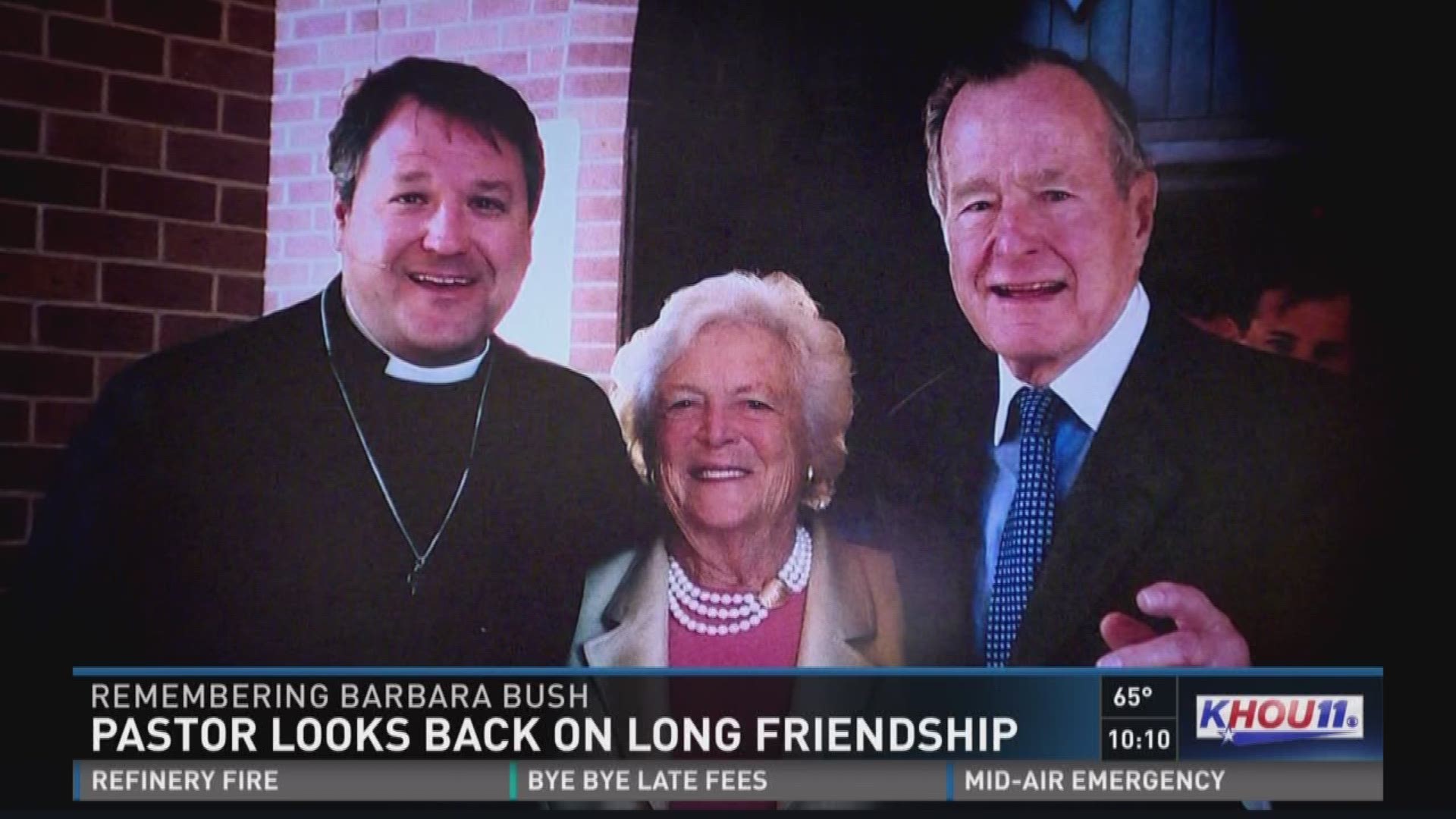 HOUSTON — It is both fitting and ironic that the life of Barbara Bush will be celebrated in North America’s largest Episcopalian church.

"I will be honest: she probably doesn't like the fact that there is going to be a lot of fuss, but there is. This town, this nation, the world loves Barbara Bush," Dr. Russell Levenson said.

Dr. Levenson has been more than a pastor to the Bushes. He’s been a close friend. For 10 years, he has prayed with them, dined with them and been invited to their summer home in Kennebunkport, Maine.

“Being their pastor, priest, friend and confidant has been one of the greatest honors of my life,” Dr. Levenson said.

But on Saturday, he will try to find the words to honor his friend.

"I want people to know she is a wonderful, Godly, witty, gritty, humorous person. She has a tremendous sense of humor,” he said.

“When I think about a world without Barbara Bush, yes, I do get very sad,” Dr. Levenson said.

The powerful and the famous will line these pews to honor Mrs. Bush, but the matriarch of a political dynasty showed her pastor the power of humility.

“There is no pretense. She is a sweet kind, geniuine thoughtful woman,” Dr. Levenson said.