After a child was nearly hit by a car that passed a school bus in Houston, people started questioning the law about charging drivers who pass a stopped school bus. 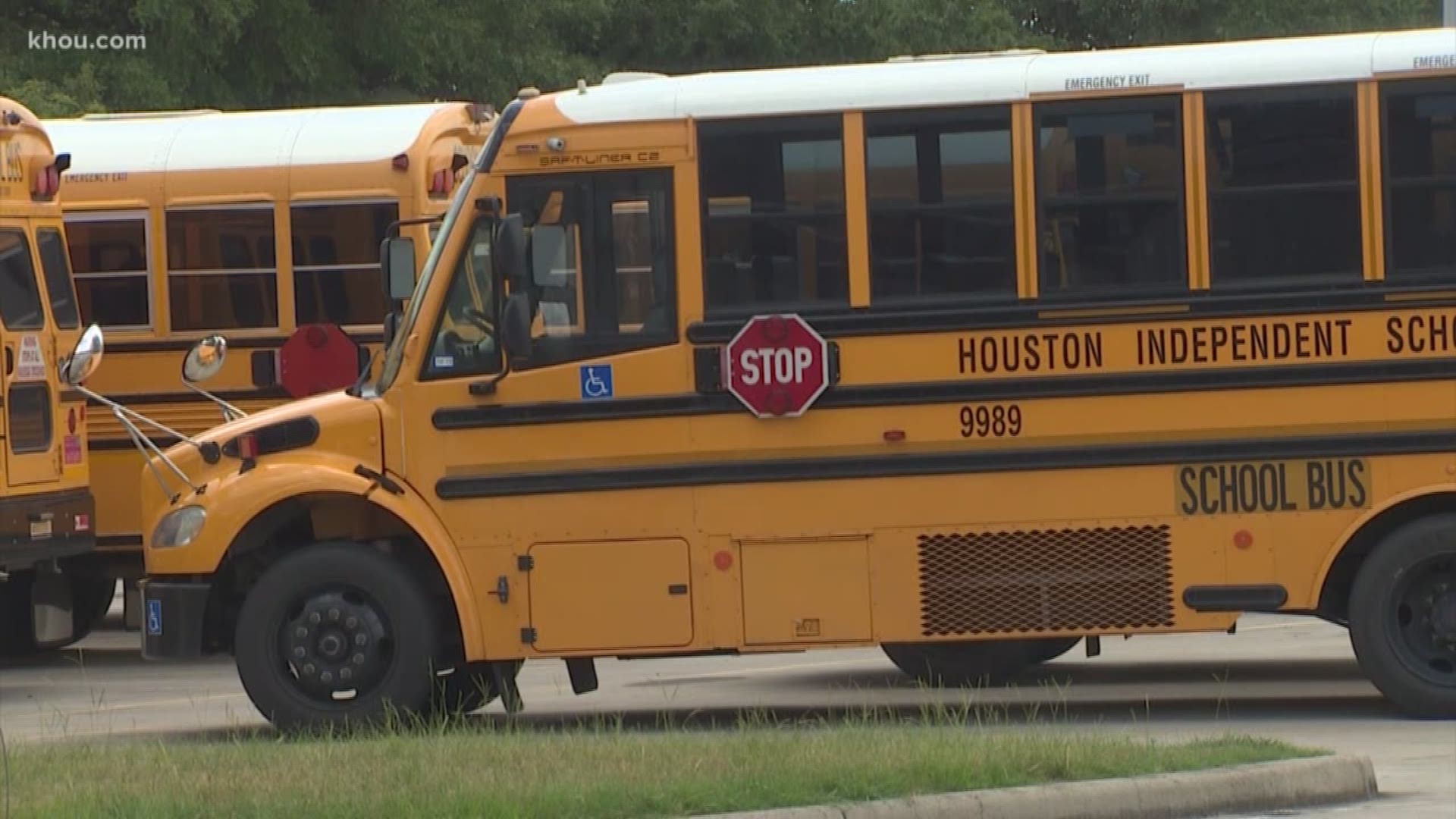 HOUSTON — After a close call in Houston on Thursday where a young child was almost hit by a car when she was getting off her school bus, people began questioning if the driver can be charged.

Comments ranged from "that driver should be charged," to "bus drivers should block the full lane."

Houston Police Lieutenant Corby Wilk said police cannot charge someone with a crime based on a license plate alone.

”The best part at this video coming to light is it helps us better ways that we can utilize our enforcement and also ways to look for habitual violators," said Lt. Wilk.

Under Texas law, police have two years from the date of the violation to charge someone with a crime.

”This is not something that we look the other way for. This is an important safety factor for our kids," said Lt. Wilk.

As far as bus drivers blocking the full lane in order to get drivers to stop, Lt. Wilk said drivers are allowed to do so, as long as they do not pull into the opposite lane and block oncoming traffic.

"As long as the bus is still maintaining a single lane of traffic, that’s fine. We would never advise them to cross into oncoming traffic," said Lt. Wilk.

Wilk said they will use this video to adapt their enforcement, and look for habitual offenders.

”That 2 or 3 minutes that you’re held up by that school bus is not important in the grand scheme of things if we have a child that’s hurt, injured, or something worse happens," said Lt. Wilk.

The moments when students are entering or exiting a school bus can be one of the most dangerous times during a child's trip to and from school, according to Texas Department of Public Safety.

According to state law, if a school bus has alternating flashing red signals visible from the front or rear, drivers must stop before reaching the bus. Drivers can only proceed if the flashing lights are no longer activated; the driver signals you to proceed; or the bus has resumed driving. Approaching drivers do not have to stop for a school bus that is operating a visual signal if the roadway is separated by a physical barrier or an intervening space. (If a highway is divided only by a left-turning lane, the roadways are not considered separated, and drivers must stop for school buses.)

Drivers who illegally pass school buses face fines up to $1,250 for the first offense. For individuals convicted of this offense more than once, the law allows the individual's driver license to be suspended for up to six months. (A ticket for illegally passing a school bus cannot be dismissed through defensive driving.) Additionally, this offense could potentially include criminal charges if they cause serious bodily injury to another.

More than a million children and teens depend on buses to get them safely to and from the more than 9,000 Texas schools every day, according to TXDOT.