The cause of the fire is under investigation. Drivers are asked to avoid the area. 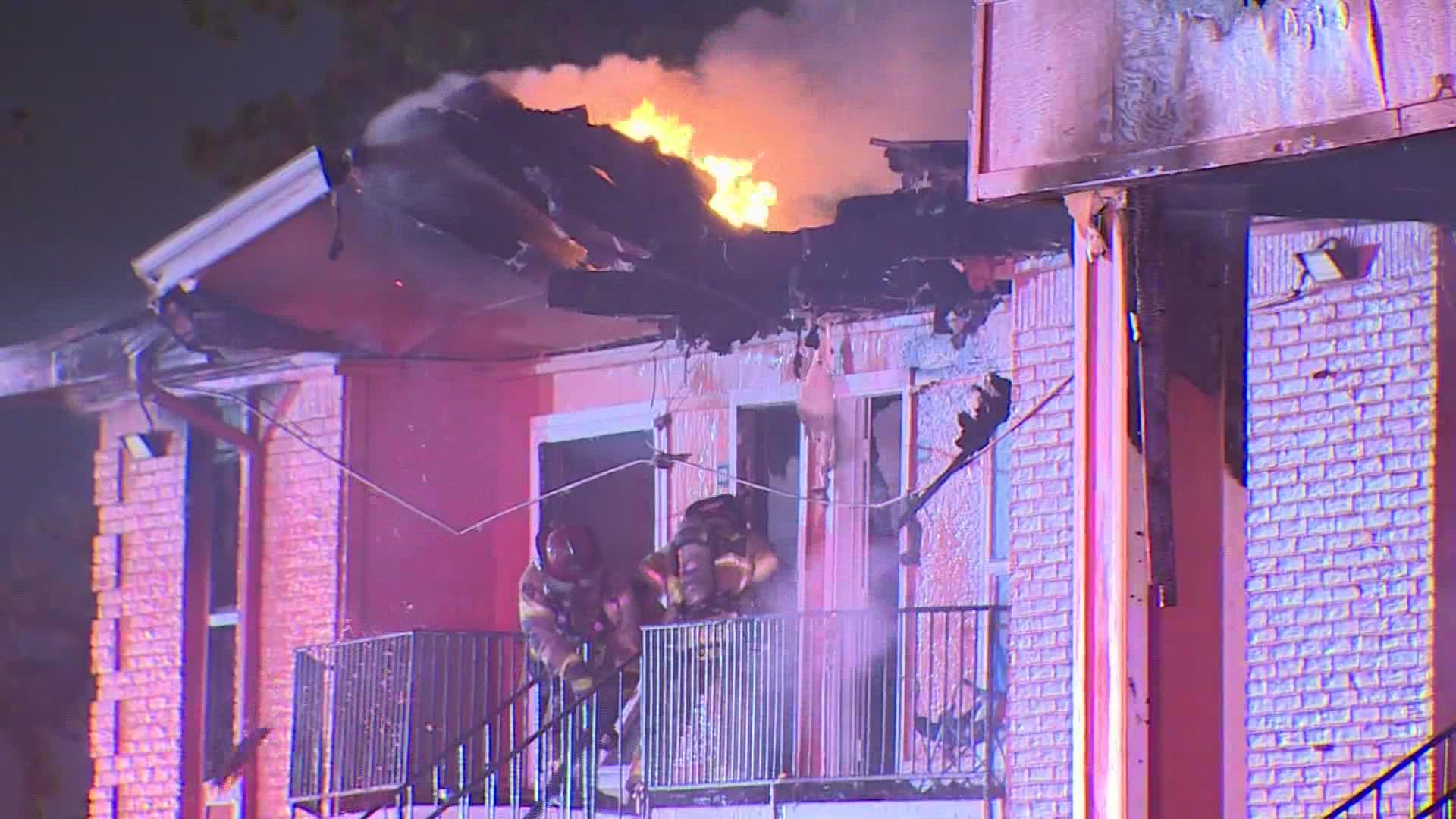 PASADENA, Texas — Houston and Pasadena firefighters were on the scene of a large fire at an apartment complex early Tuesday morning where at least two people were hurt.

The fire was reported before 5 a.m. at Shaver Street and Allen-Genoa Shaver.

As of 6:15 a.m., firefighters were still battling flames at the three-alarm fire. By 7 a.m. mostly smoke was coming from the buildings.

KHOU 11 Reporter Michelle Choi is at the scene and reported that two people, a husband and wife, were pulled from the fire.

The Pasadena fire marshal said the woman was critically hurt and had to be airlifted to the hospital. Her husband suffered burns to 30% of his body and was taken to the hospital by ambulance.

Just before 7:30 a.m., Choi reported the fire was under control.

It's believed the fire started on the first floor and spread up and into the attic. About 20 units are impacted. The American Red Cross is responding to help impacted families.

Check back for updates to this developing story and watch KHOU 11.