June Harvey was following her normal routine, and now she's gone and her family is desperately seeking answers. 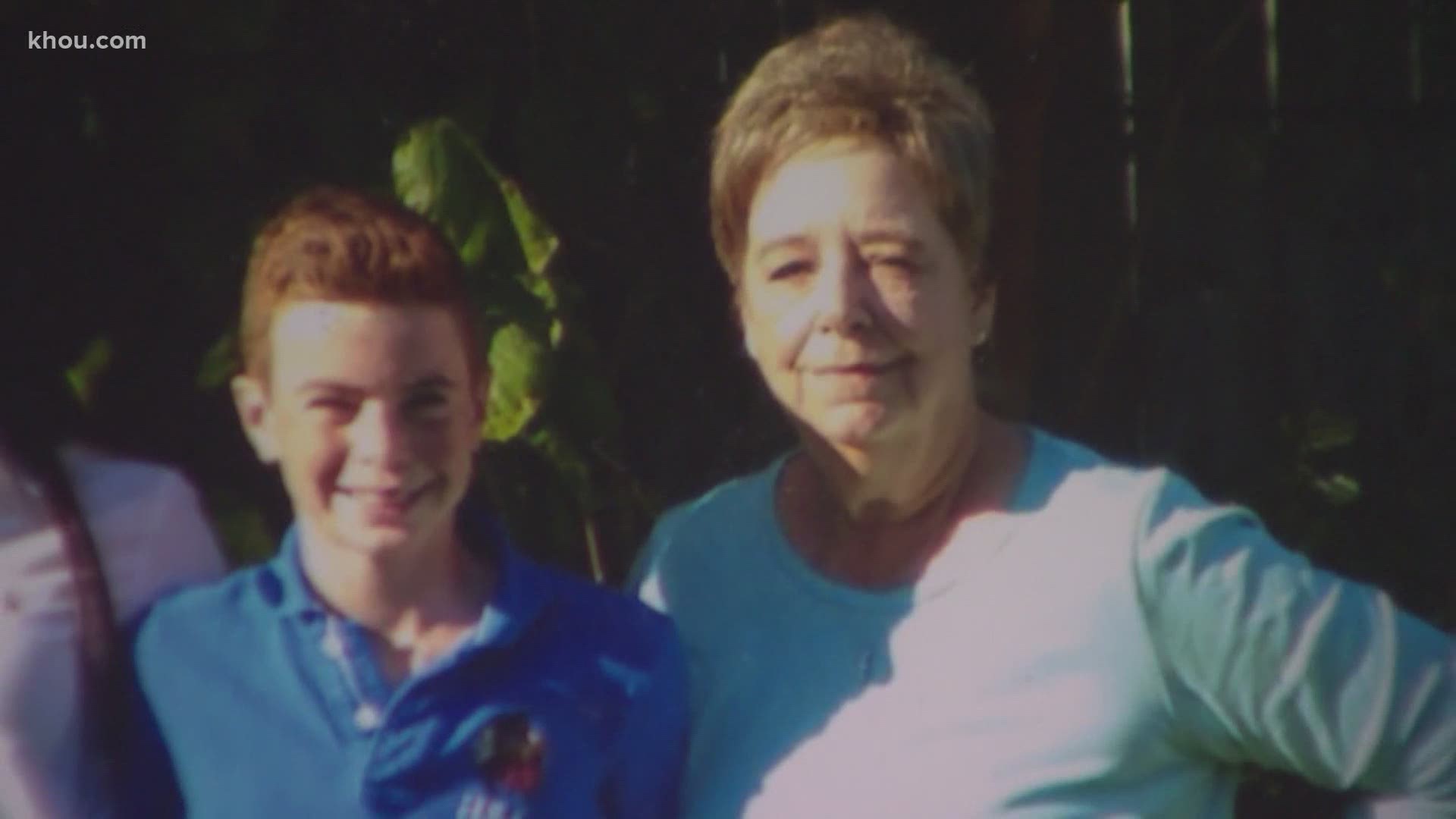 PASADENA, Texas — A Pasadena family is desperate for answers after a grandmother was hit and killed while walking her dogs.

June Harvey was struck more than a week ago, and police are still looking for the driver who hit her.

"Everything that she did was unbelievable. I can’t believe that she’s gone," Kaden said. “Why, to such a great person like that, to such a caring, loving person, why they had to go so soon, doing something they do everyday? It was like a routine.”

He'll never understand why his grandmother is gone.

"It was just a thing that she normally does. She walks her dogs. She loves walking her dogs, and she didn’t come back home," Kaden said.

Surveillance video showed June was walking her dogs around 8 p.m. on the night of Nov. 20, but seconds after she crossed the street, she was struck by a car.

Her dogs were left wondering where she went.

A memorial now lays at that intersection. Even nine days later, neighbors are still leaving flowers. And then Sunday, a memorial service was held inside a church in Pasadena, where family members gathered to grieve and said goodbye.

“We know we can’t get her back. We know that our life will never be the same," Heath Harvey said.

Three generations of June’s loved ones stand together begging someone, anyone, to come forward.

“We just want to find the person that killed my mom, his grandmother and his wife," Heath Harvey said.

Pasadena police are looking for the driver of a gray or tan colored sedan who may have been driving near the intersection of Alecia Drive and San Augustine Avenue in Pasadena the night of the crash.