Parents stood outside the doors to confront Katy ISD board members and remind them that bullying is still an issue today in their schools. 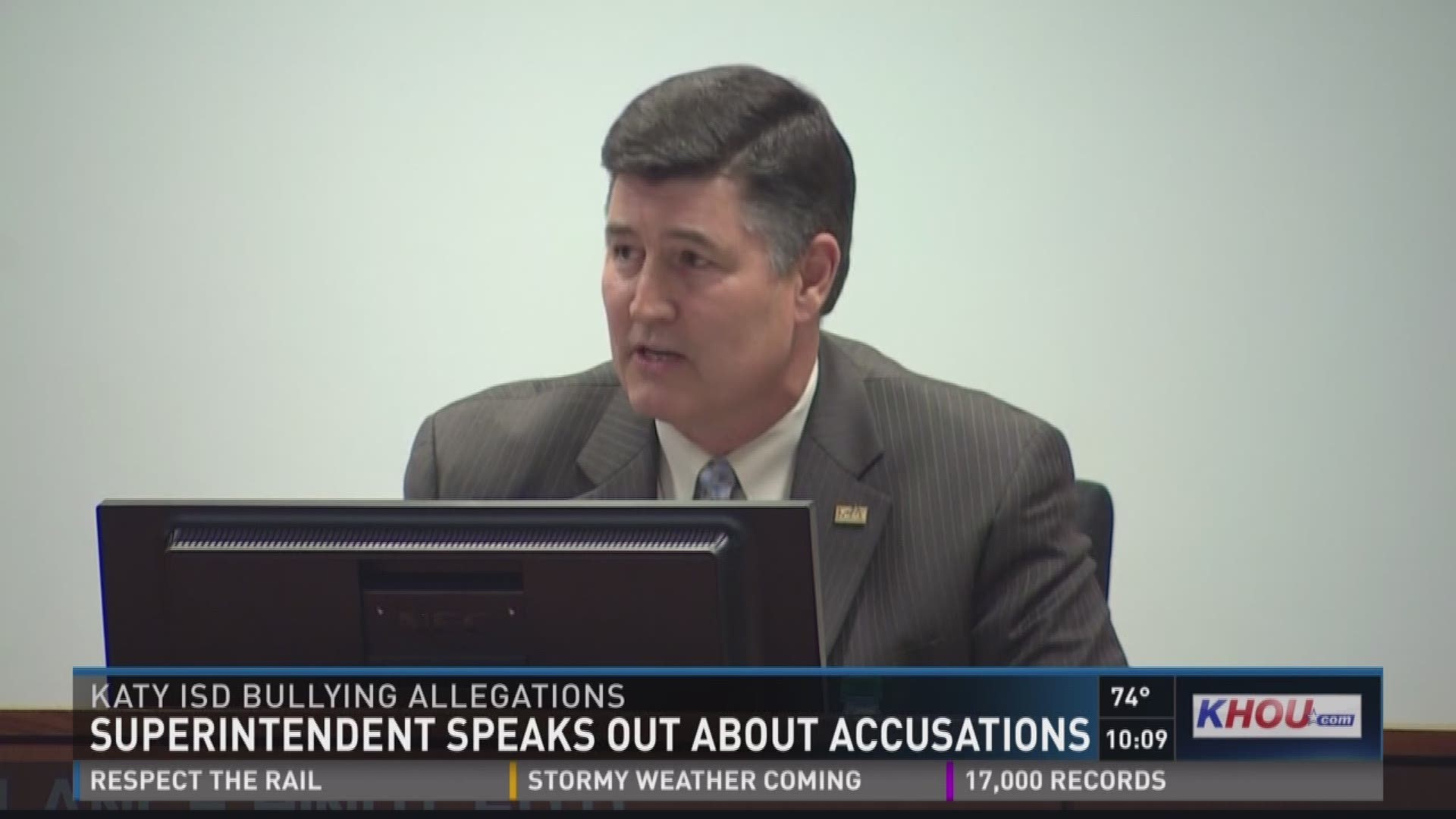 KATY, Texas - Parents protest the superintendent of Katy schools, Lance Hindt, one week after he’s accused of bullying 35 years ago.

Parents stood outside the doors to confront Katy ISD board members and remind them that bullying is still an issue today in their schools.

Shelly Cox brought one of the more memorable signs that read “Katy ISD almost killed my autistic child #stopbullying.” In 2015, her daughter contemplated committing suicide after being bullied for years according to Cox.

“They did nothing to stop it,” said Cox.

Parents like Cox agree bullying continues to be a problem at the district today and has been for years.

No better example, than hearing your superintendent may have bullied someone 35 years ago says Cox.

Greg Barrett, formerly Greg Gay, shocked the board last week and left many speechless after describing the horrific bullying he endured at the hands of superintendent Hindt.

A much different response one week later as parents in the board room erupt into applause for Hindt.

“Ultimately, I will be judged by only one person and that is God, my Lord and savior,” said Hindt.

Hindt shares his gratitude for support from the community he says he’s served for 27 years. At moments, Hindt appeared choked up as he explained his regret for “bringing any negative attention to Katy.”

At one point, Hindt claims he’s not perfect, but the superintendent did not address Barrett by name. Instead, he chose to focus on bullying prevention programs already being implemented at each school campus.

Katy ISD board president, Ashley Vann shared her support for Hindt and dismissed the since viral video of Barrett’s accusations as a gotcha moment that lacked context and distorted the truth.

Some parents protesting have called for Hindt to step down following the accusations. Although Hindt acknowledges he may have gone to school with Barrett, he denies any bullying and plans to continue to serve as superintendent.