Artist Chad Lawson took three quick photos from the stage, but it wasn't until he got back to the hotel that he noticed something eerie in the mezzanine. 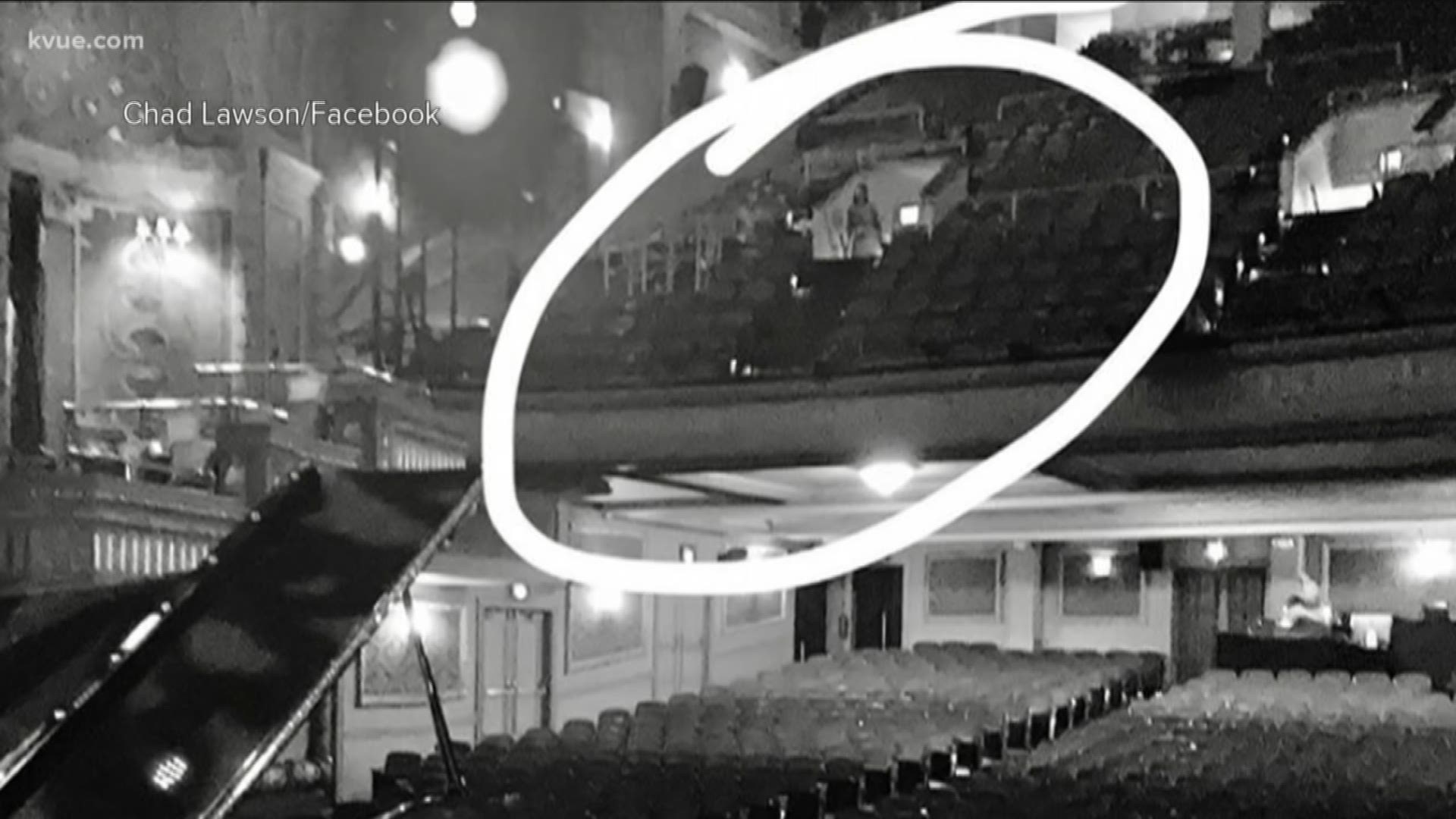 AUSTIN, Texas — It's not even fall yet in Central Texas, but this spooky story is already haunting the KVUE newsroom.

Pianist Chad Lawson was performing at The Paramount Theatre in Downtown Austin Sunday when he decided to stop and snap a couple pictures from the stage after soundcheck.

But it wasn't until he got back to his hotel that he made a chilling discovery – the figure of what appears to be a woman floating in the stairway of an otherwise empty theater.

"These photos were taken as we had finished our soundcheck last night at Paramount," said Lawson. "As we were exiting the stage, I stopped to take a picture of the hall as I do with every show. Nothing out of the norm. Three quick shots (as if you were counting out loud 1-2-3), put the phone in my pocket and then headed back to the hotel."

But, in one of those three quick photos, a strange figure can be seen in the stairway.

"Once at the room, I began going through picture filters and to share one of them on social," said Lawson. "That’s when I noticed the figure in the mezzanine. I must confess it did freak me out a bit, especially as the figure is not present in the first photo."

At that point, he decided to do a little research on ghost stories at the theater. A quick Google search returned some eerie stories, including an old KVUE article about spooky sightings at The Paramount. It specifically mentions sightings of a woman in a white dress who was seen roaming the aisles on the mezzanine.

According to our 2014 report, some believe she might be the spirit of a mourning mother or wife of the Civil War, which occurred from 1861 to 1865. The timing makes sense, as the report states the area used to be home to Gov. Sam Houston's war office. However, The Paramount website says it officially opened as the Majestic Theatre in 1915.

A brief haunted history of The Paramount Theatre

That's when he decided to reach out to the Paramount itself, asking if a staff member might have possibly been on the floor around the time he captured the images.

"They responded saying it could possibly be the venue manager, Shelley, but was unclear," Lawson said. "After showing the pictures to various people including Shelley, no one was able to say 'that’s definitely her.' And while Shelley states she arrived at the venue and stayed downstairs for some time before going to the mezzanine, it is unclear as to when she did so."

Yet, even still, it gets creepier.

"With the three pics being taken in rapid succession, I am under the assumption if it were actually Shelley, the picture would detail her coming up the stairs in the first picture and more clearly in picture three," Lawson said. "Where, as in picture three, there is a figure but the figure is transparent. So, if it were Shelley, how are we able to view through her?"

He's not so sure.

"In full disclosure, I will leave this up to you," Lawson told KVUE. "I have no purpose in deception – not my nature of character – and with my taking each photo one after the other, I’m personally convinced it’s not Shelley. But perhaps it would be worth your time reaching out to the venue and inquiring of their point of view as well?"

We heeded his advice and decided to reach out to The Paramount to speak with Shelley ourselves. They confirmed that someone named Shelley indeed works the nightshift there, but she was not at work yet.

The box office told us they would get back to us soon. Until then, this murky mystery remains unsolved!

Lawson is currently on tour with "Lore Live." Is it just a coincidence that "Lore" is an award-winning, critically acclaimed podcast about scary stories?

Man dies in crash after fleeing from Taylor police