Kati Krouse said it's the second time pet birds have been dumped at Archbishop Joseph A. Fiorenza Park. 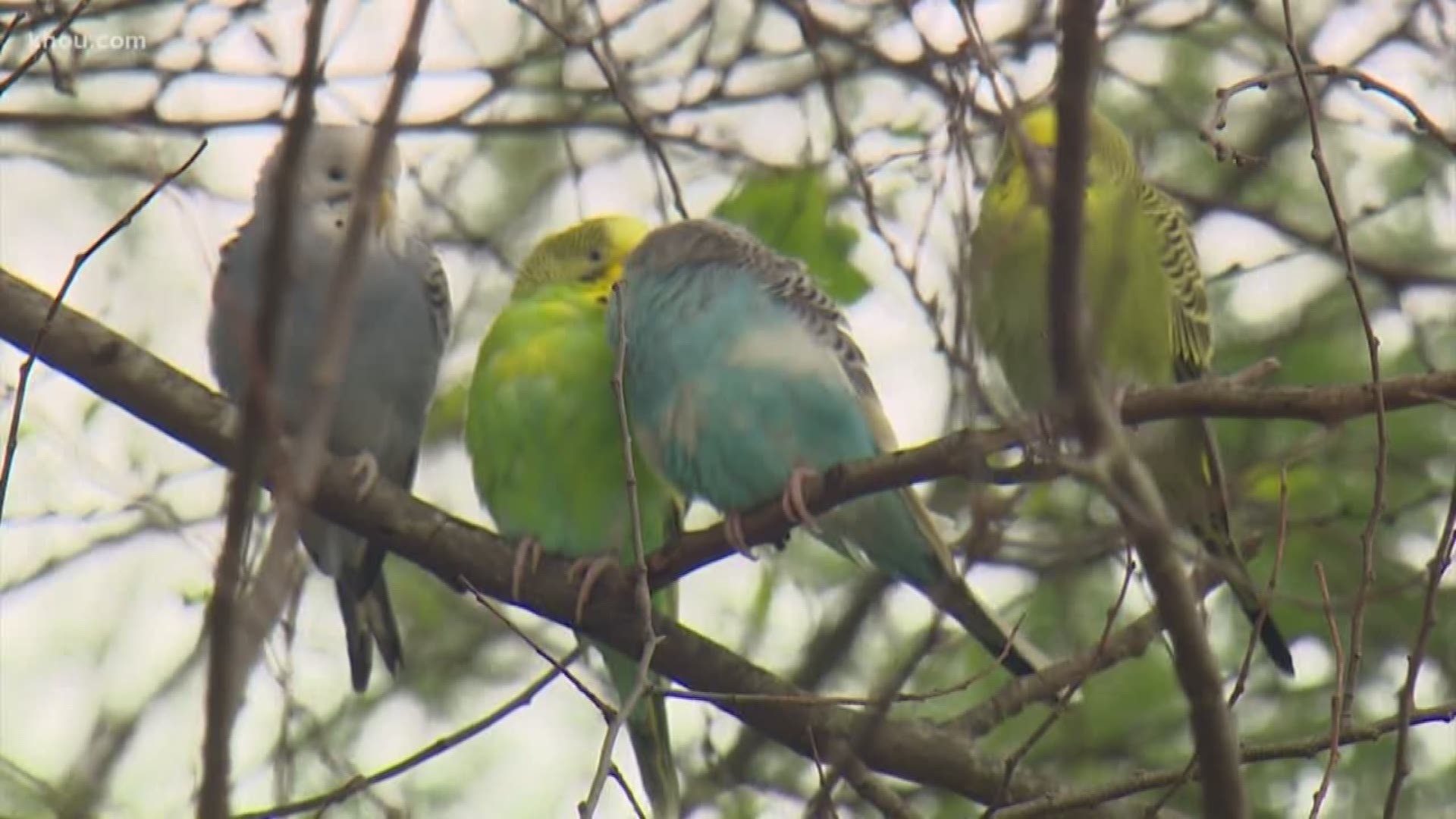 HOUSTON — Dozens of pet birds were apparently dumped at a west Houston park. On Wednesday, a group of citizens desperately tried to save them.

Kati Krouse says the budgies, which are also known as parakeets, were dumped and left to fend for themselves at Archbishop Joseph A. Fiorenza Park, which is off Eldridge Parkway. She said she didn't think the birds would be able to survive in the wild due to the cold weather and predators, so she took action.

Krouse documented the rescue efforts on her Facebook page. A group of people went out to the park to help with the rescue. The group managed to rescue about 30 birds, but they think there were as many as 50 that were dumped.

While she was trying to rescue the parakeets, Krouse said a hawk was seen attacking some of the pet birds. Krouse said it was obvious that the birds had never been in the wild before.

"These guys, as we were watching them, they don't have any fear of predators. The falcons came and were picking them off one by one earlier today and you could tell they did not realize what that falcon was doing," she said.

She said she thinks it's at least the second time pet birds have been illegally dumped at the park. Krouse said police were involved because it's illegal, but KHOU is not aware of an investigation at this time.

While she was leaving the park, Krouse said a police officer approached her and provided her with pictures that had been taken by one of the citizens who run the park. The photos showed empty bird containers that had been placed near a trash can at the park.