The owner of the stolen truck said he spotted it on Thursday and followed it before calling 911. 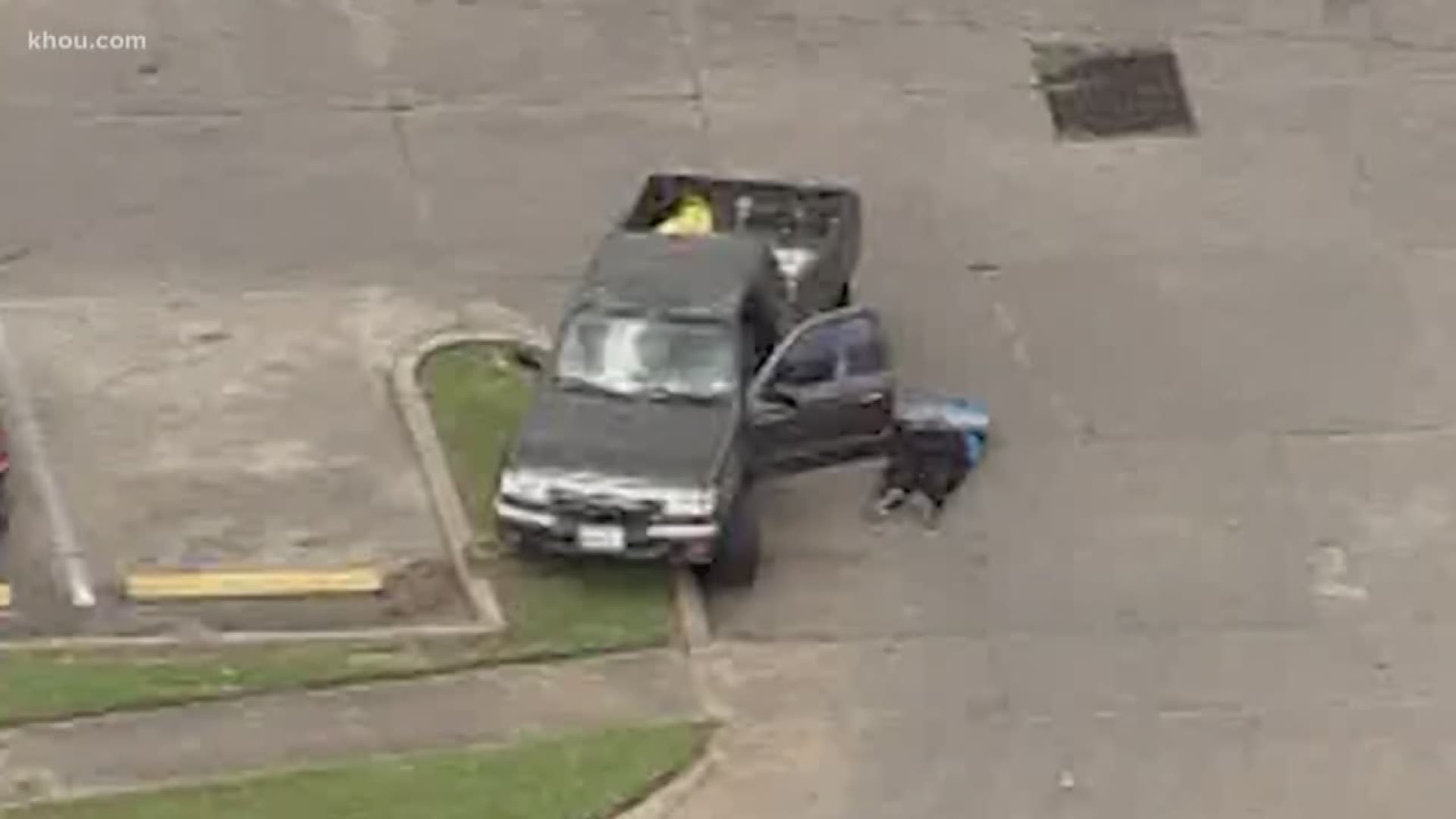 HOUSTON — A wild chase came to an end in southeast Houston Thursday, with the police using a PIT maneuver to make an arrest.

In an interview with KHOU 11 News, the owner of the truck said he was in church Sunday morning when it was stolen from the church's parking lot.

On Thursday, while he was out running errands, he spotted his vehicle and started following it.

He called 911 and when officers responded, a high-speed police chase began.

After about an hour, police brought the chase to an end with a PIT maneuver, sending the suspect into a Burger King parking lot.

The truck had minor damage but the owner said he was just glad to have it back.

Watch the chase live here on YouTube or in the video below.