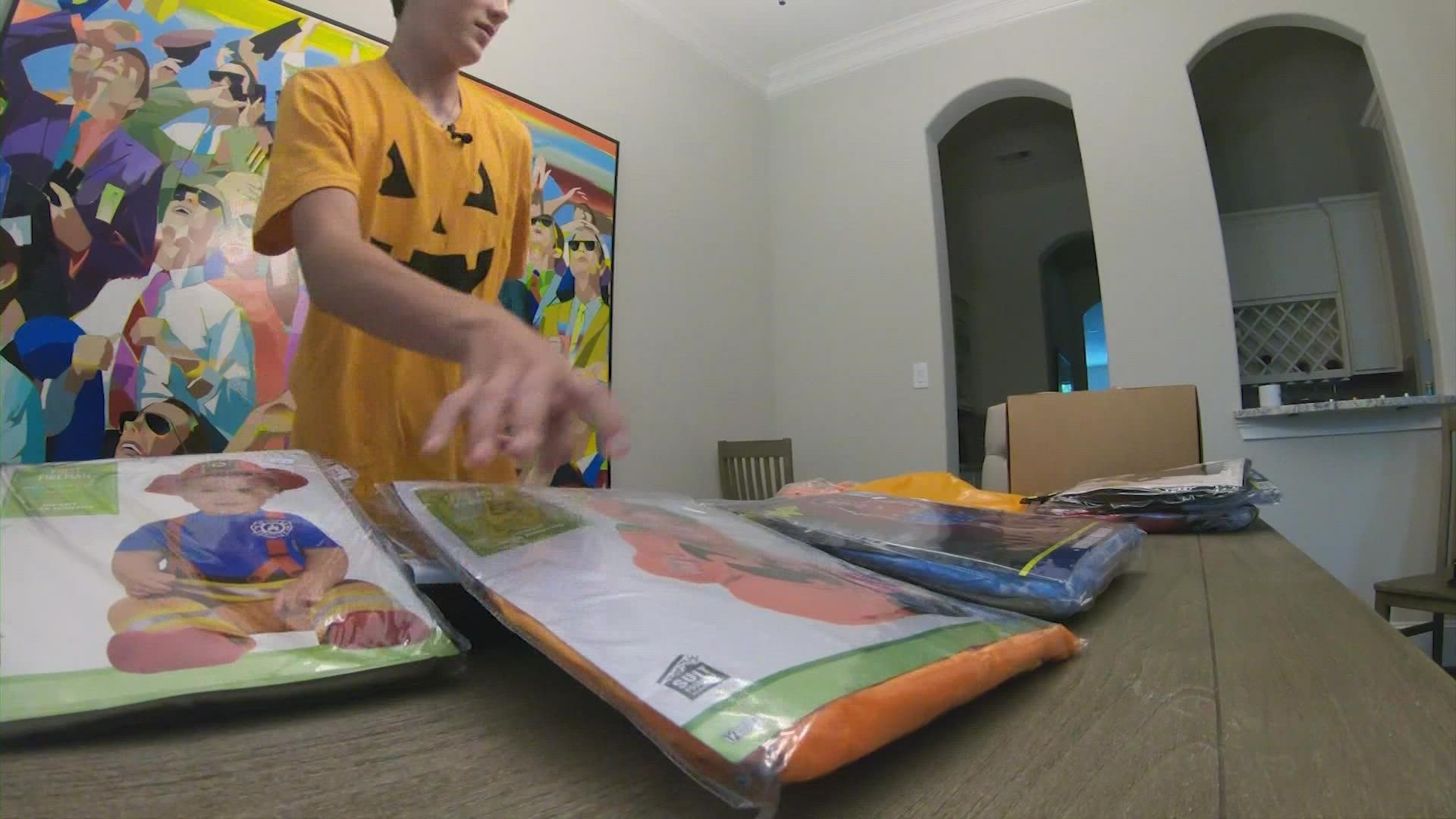 HOUSTON — B.J. Rottinghaus is really hoping people are thinking about Halloween in mid-September. It’s his favorite holiday because of the candy and the costumes.

“It’s like, Halloween for all y’all,” said the Memorial High School freshman. “And we’re just a charity trying to help people get costumes.”

The goal for his initial year is to collect enough donations to purchase 50 Halloween costumes for children staying at the Houston Area Women’s Center, which is working to end domestic and sexual violence.

Rottinghaus and his family have purchased a few costumes to get things going, but dressing up for Halloween can be pricey.

“They were like $40 a costume,” Rottinghaus said. “So that’s a lot, especially for someone who is affected by the pandemic or is kind of looking for a job right now. It’s kind of tough to find $40 to spare.”

That’s why he wants to help. Some of the varsity tennis player’s favorite family memories happened on Oct. 31. Costumes can provide the perfect escape, even for one day.

“I mean, I hope they’re just as happy as we are whenever we go walk around in costume," he said.

Waking up and excited to share some #GOODNEWS with you today on #khou11 at 6!

14YO B.J. is a #TexanHelpingTexans.

He launched @yalloweentx which aims to provide #Halloween costumes to kids who need one. B.J. loves Halloween. 🎃👻

KHOU 11 is spotlighting this Texan Helping Texans in mid-September, because Rottinghaus needs donations by mid-October so he can buy costumes and deliver them to the HAWC.