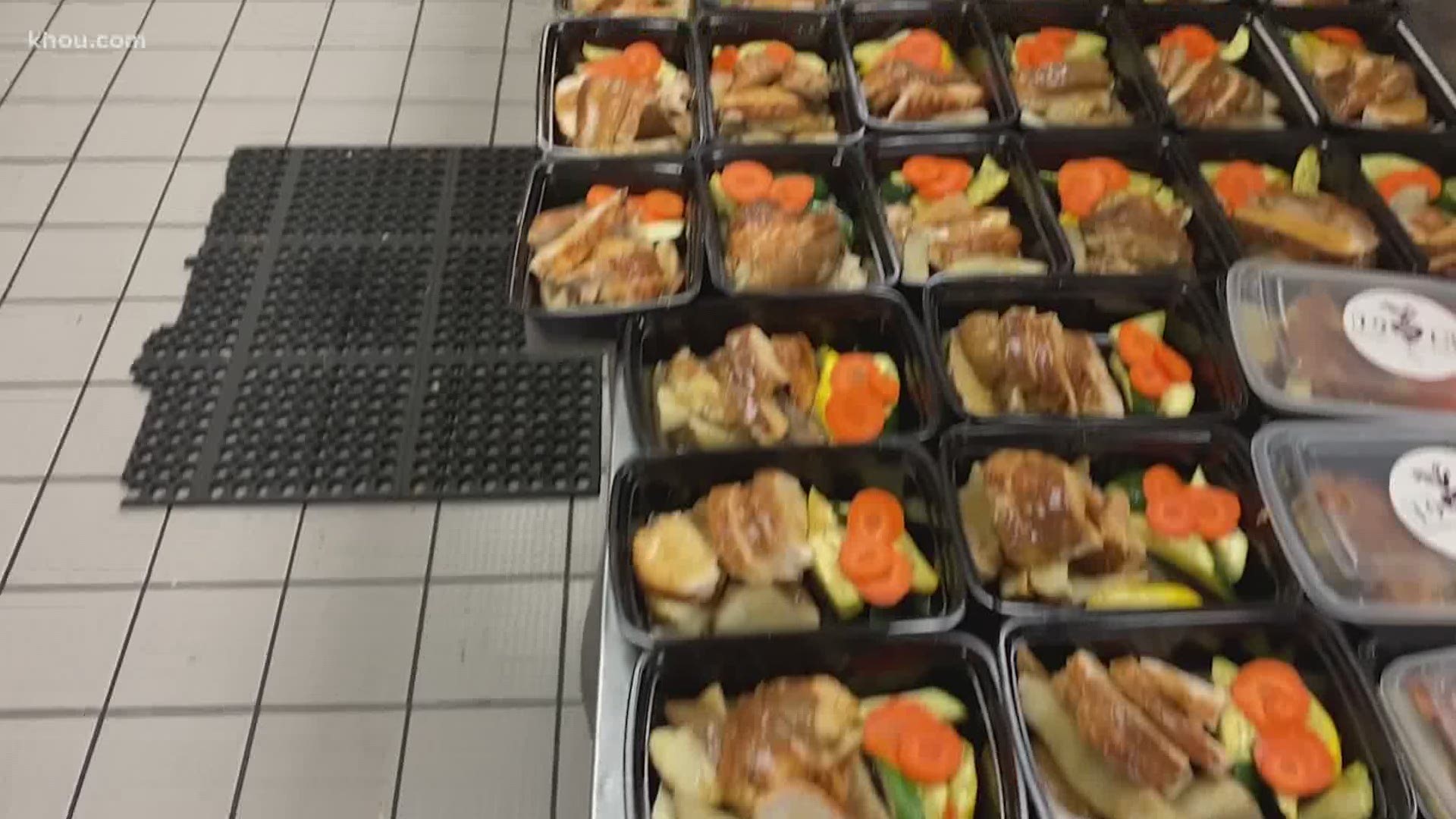 HOUSTON — Because of this pandemic, so many families are struggling to get food on the table, our elderly neighbors included. So a Houston chef is using his talent to create custom meals featuring fresh, local ingredients.

This is community at its finest. A vibrant, colorful, thoughtful act of service that’s literally good enough to eat. Each day, a team of 15 people preps, cooks and packs up the meals devoted to some of our most deserving neighbors: Seniors in subsidized housing.

“It’s really beautiful because the relationships are so familiar,” said Chef Chris Williams. “We know we’re going to see each other the same time every day.”

It’s like one big family, sharing a meal -- jokes included. “It’s fun and it’s open and honest and good.”

Williams is providing certainty. That’s why he balances his Museum District restaurant, Lucille’s, with a new non-profit: Lucille’s 1913.

“Because who wants to name anything after this year?” Williams said.

1913 is the year his great-grandmother, Lucille B. Smith, began her catering business in Fort Worth, Texas. She started in churches. Helping her neighbors. More than 100 years later, Williams is determined to do the same.

“Well, it all started with the pandemic,” Williams said. “We had a walk in full of food and a bunch of people who needed workable hours. So we immediately started donating to first responders.”

He went from feeding the frontline to feeding the elderly when he realized so many senior citizens were cut off from family and friends out of precaution against the coronavirus.

“If you don’t have access, you don’t have a kitchen in your apartment, that means a lot,” Williams said. “And then to have something that’s curated and designed specifically for you, with you in mind. Like it matters.”

He’s donated nearly 60,000 meals so far. Delivering close to 800 meals five days a week to about a half-dozen public housing locations, “which takes about $7,000 a week to do.”

You can connect with Lucille’s 1913 online or through Instagram. Donations help to cover the kindness.

“I mean, every dollar counts,” said Williams in an effort to draw in more donations.

And more Houston restaurants will soon join the cause. We’re able to serve more of our community when we serve together.

6 months into this national emergency, chef Chris Williams at @LucillesFood is ramping up his effort to feed Houstonians.

He launched non-profit, Lucille's 1913, which provides fresh meals to seniors in subsidized housing.