'Wouldn’t be here if it wasn’t for you': Man reunites with Harris County deputy who helped save his life 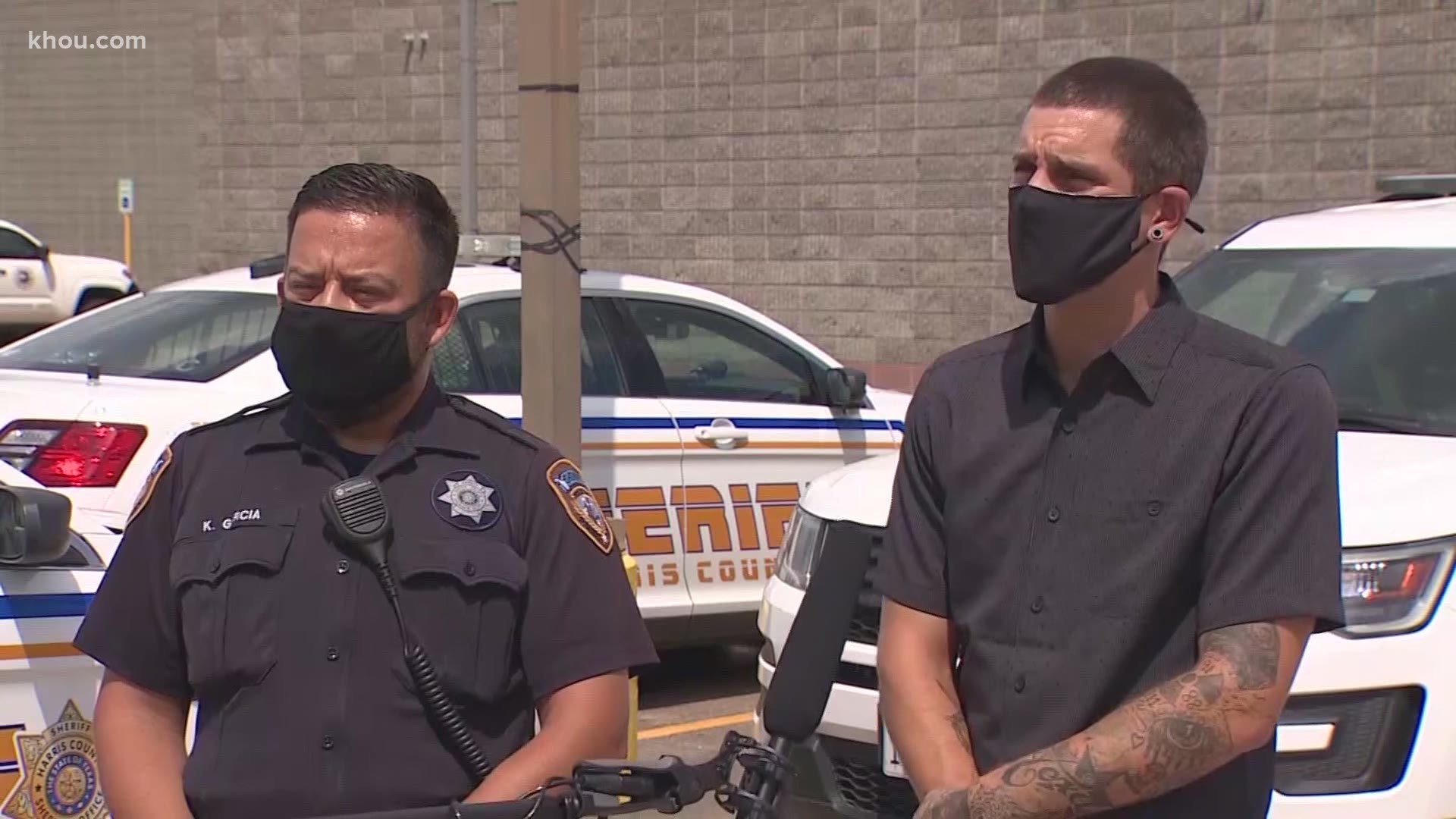 It was July 4 when Garcia was dispatched to a mobile home in Baytown where Riedel was reportedly in trouble.

It was the second time 27-year old Riedel was suicidal that week.

“I felt a low depression, where I felt no one cared,” Riedel said. “With this pandemic and job losses, people’s kids getting taken away, from drugs, from alcohol.”

He said those thoughts contributed to his downward spiral.

Garcia, a 10-year veteran deputy, used all his tools to de-escalate the situation and build trust. He spent about 45 minutes convincing Riedel to get into the back of his patrol unit. Garcia took him to an area hospital.

“And I took time to detox and get my head right,” Riedel said. “And when I got out, I went and bought a thank you card and some flowers and I presented it to him.”

The moment of gratitude was captured on camera, because, according to Garcia, “It’s very rare that you get a thank you back ... that you did impact their life with a simple interaction.”

Deputy Garcia, from @HCSO_D3Patrol, was commended by a resident and his family for saving his life.

On July 4, Riedel attempted to commit suicide for the second time that week. Deputy Garcia responded to the call, de-escalated the situation, and got Riedel the help he needed. pic.twitter.com/LuVGWgEeLS

But a chance encounter can be life-changing. That’s why Harris County is sharing the reunion on Nextdoor. Because this story might save someone else’s life.

“They don’t realize that there are resources out there and help that can help them go through that bad time and that dark time that they’re going through at that moment,” Garcia said of resources he offers through the Harris County Sheriff’s Office Mental Health Unit.

Riedel says he and his wife just bought a home.

“My purpose is to take everybody who’s feeling down and depressed to bring them up,” he said.

And when Riedel needs a boost, he pulls out a "challenge coin" that was given to him by deputies.

There’s always hope. And if you’re not in a place to see it ask for help.

“Thank you,” Ridel said to Garcia. “Wouldn’t be here if it wasn’t for you.”