More than 4 months into the pandemic, David Harder, 13, was bored with TV and video games. He saw an opportunity in a bag of plastic cups and his steady hand. 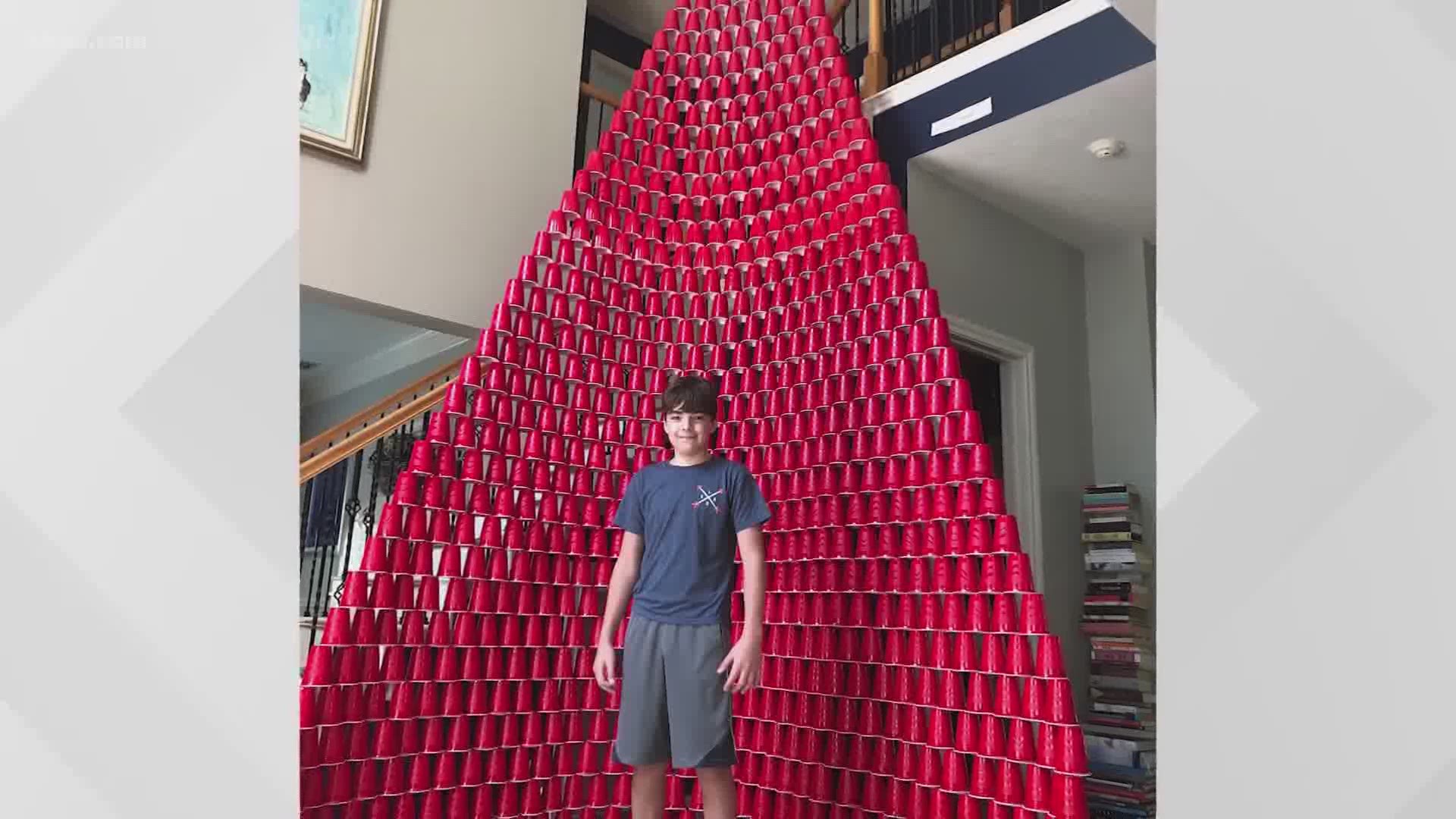 HARRIS COUNTY, Texas — Before you give up on 2020, how about you tap into your creativity.

Can't think of anything fun?

David Harder, 13, has an idea for you. All you need is a lot of plastic cups --  hundreds of them -- a steady hand and shallow breaths.

From his kitchen table during a zoom interview, Harder reached from two types of plastic cups his mom, Dania, purchased at Costco earlier this month.

The rising 8th grader is trading his love of Legos for admiration of a crimson giant he created last week in the family's first-floor hallway.

"As long as he’s thinking and using his brain and being creative," then mother Dania Harder says she doesn't have a problem with him requiring so much space.

Even after four failed attempts and building a two-story tower out of the cups, the teen refused to give up.

He woke up in time for a 6 a.m. start on July 13. About 8.5 hours later, the teen placed the final cup atop the tower from the home's second-floor landing.

Thank you to Sandy Hild for sharing this story idea with KHOU 11 News Reporter Melissa Correa on Nextdoor. To connect with Melissa on Nextdoor, click here.

"You know, I call it the tower of the Ice-breaking of neighbors," said Harder. "That same day, a gaggle of kids came over and wanted my kids to go play with them. And like, it opened doors for relationships."

The family is new to northwest Harris County. They recently moved from The Heights and two years before that, they moved to the U.S. from Mexico.

David Harder and his sisters now have friends in their neighborhood.

And, at 13-years old, he knows that staying calm is best. And, if you work with what you have, even if you fail, it pays to start over and try again.

Forget that expression, when life gives you lemons.

Now it's: when mom gives you @Costco cups, build a tower!