Unemployed? Photographers across the US are offering free headshots to help jump-start your job search

Headshot Booker is teaming with photographers across the U.S. to offer free headshots to 10,000 Americans who lost their jobs during the pandemic. 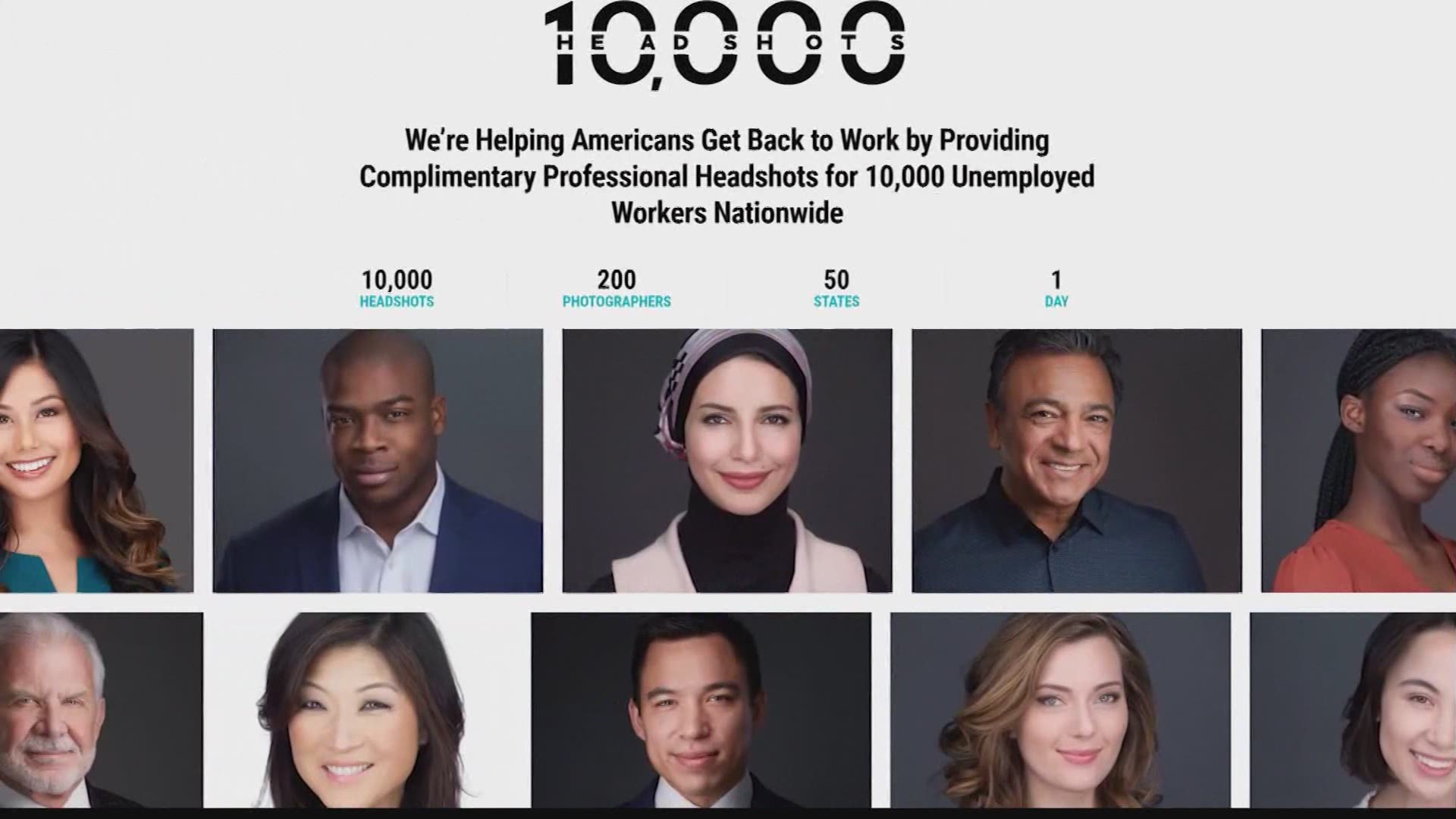 HOUSTON — More than 1.7 million Texans received the latest round of unemployment payments, according to the Texas Workforce Commission.

Landing a job with so much competition can seem overwhelming. But you don't have to do it alone. A group of neighbors is ready to help Americans put their best face forward.

We know a picture is worth a thousand words, but in the middle of the pandemic, a headshot only needs to be worth four: "You got the job!"

"In LinkedIn, you’re 21 times more likely to be noticed if you have a professional headshot," John Glaser said. "I mean, it’s your professional image. It’s the first thing somebody sees when they see your profile."

Glaser is one of 200 photographers participating in 10,000 Headshots.

In a press release, KHOU 11 learned:

"Headshot Booker is coordinating the largest, single-day photo initiative which will provide 10,000 unemployed Americans nationwide with a complimentary, professional headshot to include with their resumes and post to job sites such as LinkedIn and other social media.

"10,000 Headshots will take place at locations across the US on Wednesday, July 22, 2020 and are open to anyone who is currently unemployed. More than 200 Headshot Booker photographers will participate across all 50 states, creating pop-up studios at Brookfield Properties retail locations to take the headshots."

Glaser said the whole process will be contact-less. He'll shoot from a safe distance, and the headshots will be sent to the person's cellphone shortly after they're shot. It's an opportunity to feel confident, strong and powerful as a person enters their next chapter.

"For me, it’s that goal of, these people are going through a rough time and to give them some hope and a smile on their face," said Glaser of the feeling that's hard to put into words.

RELATED: Neighbors can't get enough of this Cypress father/son duo using social media to teach kids how to cook