'Black is Beautiful' is being made by craft brewers worldwide. The recipe was created by a San Antonio brewery inspired by the #BlackLivesMatter movement to do more. 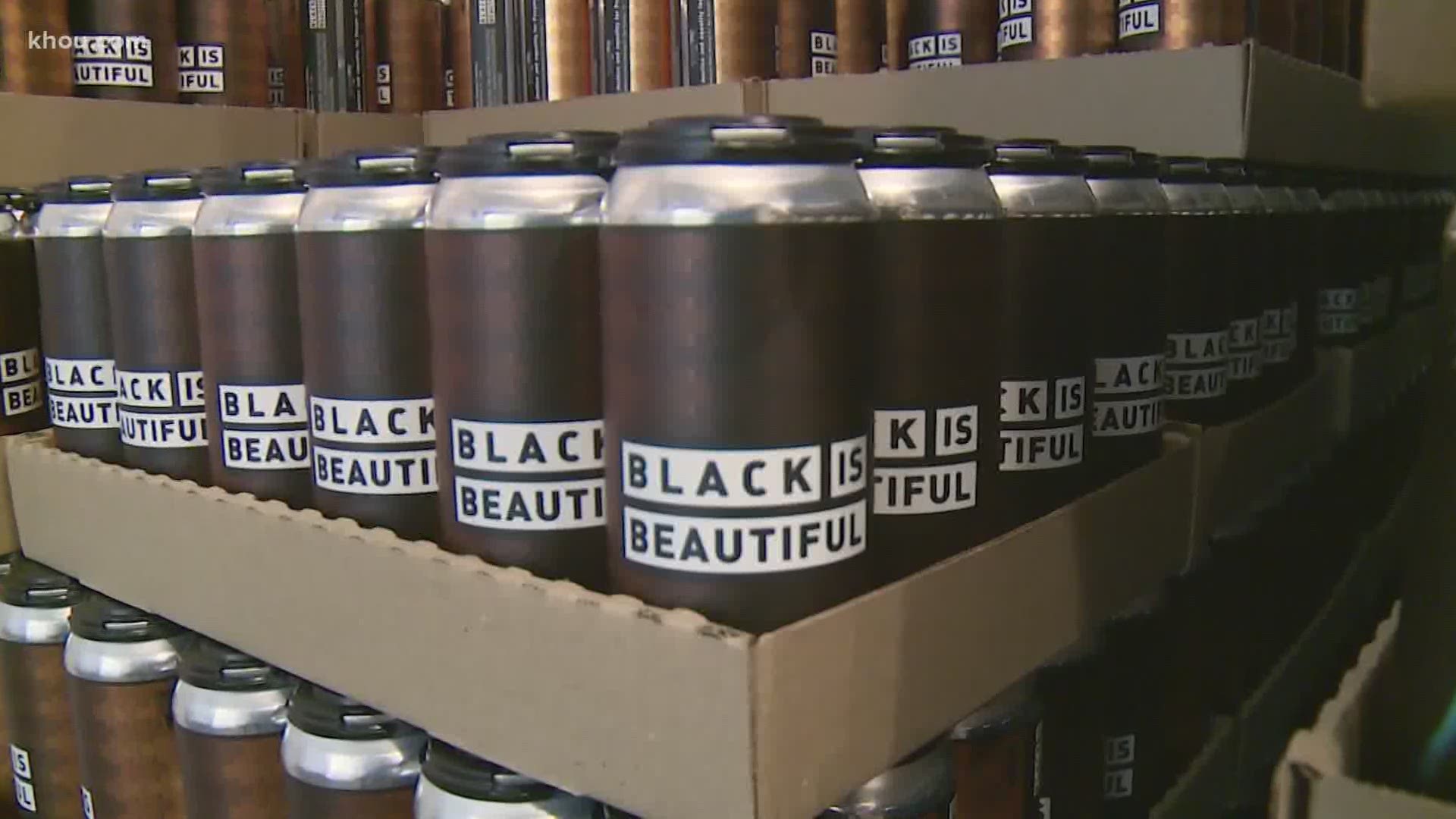 HOUSTON — Sigma Brewing Company, a local business in Houston's east end for the last four years, is joining the collaborative worldwide effort to raise awareness for the injustices people of color face daily.

The idea for Black is Beautiful beer was created by Marcus B., founder and head brewer at Weathered Souls Brewing in San Antonio.

He devised the recipe for the American Imperial Stout beer called "Black is Beautiful."

So far, 1,037 breweries across all 50 U.S. states and 20 countries are brewing the beer and donating proceeds to organizations that help fight racial injustice and police brutality.

"As someone who has personally dealt with the abuse of power by the police, this recent turmoil the country is facing has hit home for me. As I write this, I contemplate how the country can move forward, how we as the people, can create change, and what it will take for everyone to move forward with a common respect for one another. For us, we feel that this is our contribution to a step."

Sometimes that’s all it takes for change.

Sigma Brewing is the latest Houston-area craft brewer to answer the call to help. The local business, which is working overtime to keep its doors open during the pandemic, covered the cost of ingredients, packaging and labor an an effort to support real change.

Each 16-ounce 4-pack is priced at $20, and every cent made from the sale of Sigma Brewing's Black is Beautiful will be equally split among non-profit community organization Baker Ripley, the NAACP Legal Defense Fund and the Your Rights Camp.

"I think that it’s really encouraging that all of us are striving to make positive changes in our neighborhoods," Peterson said. "This is a difficult time for craft breweries in the state of Texas. We’re all effectively shutdown. But this issue is important enough to all of us that we, doesn’t matter what kind of financial loss we take, we need to contribute to it."

CLICK HERE: to learn more about Black is Beautiful beer

If you reach out to Sigma and they're sold out, go to www.BlackisBeautiful.beer. There you can find a list of craft brewers, including the more than 100 Texas businesses participating.

"We were ecstatic. We’re making a beer that we can help our community with. I think that makes us feel really, really good," Peterson said.