Missouri City '2 Bros. in the Kitchen' use dessert business to fund charitable giving

“Everyone needs to be encouraged," said Nigel Mushambi. "Even the smallest things that you do for other people, they really like, they really take it to heart.” 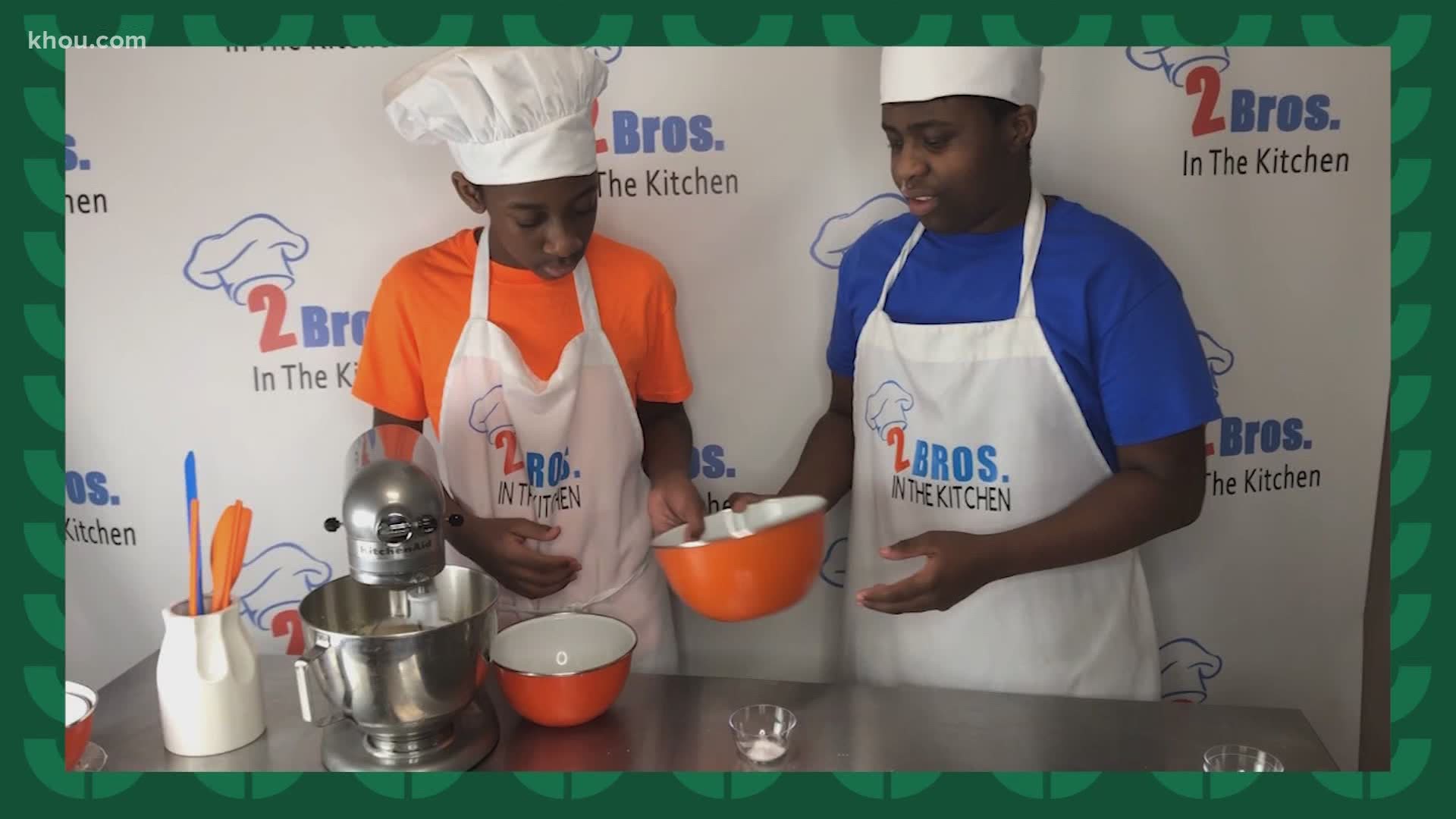 MISSOURI CITY, Texas — KHOU 11 is Standing for Houston by celebrating the Heroes Nextdoor.

We’re spotlighting Missouri City brothers Shane and Nigel Mushambi. They’re published authors who also run their own dessert company called 2 Bros. In The Kitchen. The teens have been hired to bake so many cakes and cupcakes, they have their own devoted workspace in their family’s home.

“I like to bake because it’s kind of a mix of being creative and science,” said 15-year-old Shane Mushambi.

Shane is the CEO of the company and is responsible for the cake decorating. His younger brother, 13-year old Nigel, is the CFO who does most of the baking.

“So when we first started out our business, we didn’t have that many customers, so we didn’t make enough money to give back to others,” Nigel said. Now that they’re turning a profit the boys are saving for their future, “and we use a lot to donate to charity and encourage others,” Shane said.

“We realized a lot of people move too fast in their daily life. And they pre-judge people,” Shane said. “So they judge people based on their appearance. Or judge people, maybe, just on the first word they say. But we think you need to take the time to slow down and get to learn people for who they are. Everyone needs to be encouraged. Even the smallest things that you do for other people, they really like, they really take it to heart.”

From treating the homeless to popsicles on a hot day, and celebrating kids during the “2CSomeone” encouragement awards, to Sweet Compassion, “a project that we’re starting to help encourage teachers. We wanted to encourage teachers, because they’re on the frontline of COVID and they’re also the people who raise the youth," Shane said.

Shane & Nigel can't even drive, yet they're helping others!

The Mo City siblings launched "2 Bros in the Kitchen."

The dessert business is funding their charitable giving.

They just treated 150 HOU teachers to a sweet surprise!

Shane and Nigel just surprised 150 teachers in Houston with a sweet treat. Their goal is to celebrate a thousand teachers.

“We feel like it’s important, because everyone deserves to be encouraged," Shane said.

It's proof success is so much sweeter when it’s shared.

“We have what we need. So now we can give away and help other people get what they need," Shane said.