Dan Blackstock has loved Christmas lights since he was a kid. He decorates his home for the holidays. Because it's 2020, he's expanding to a bridge along Fuqua. 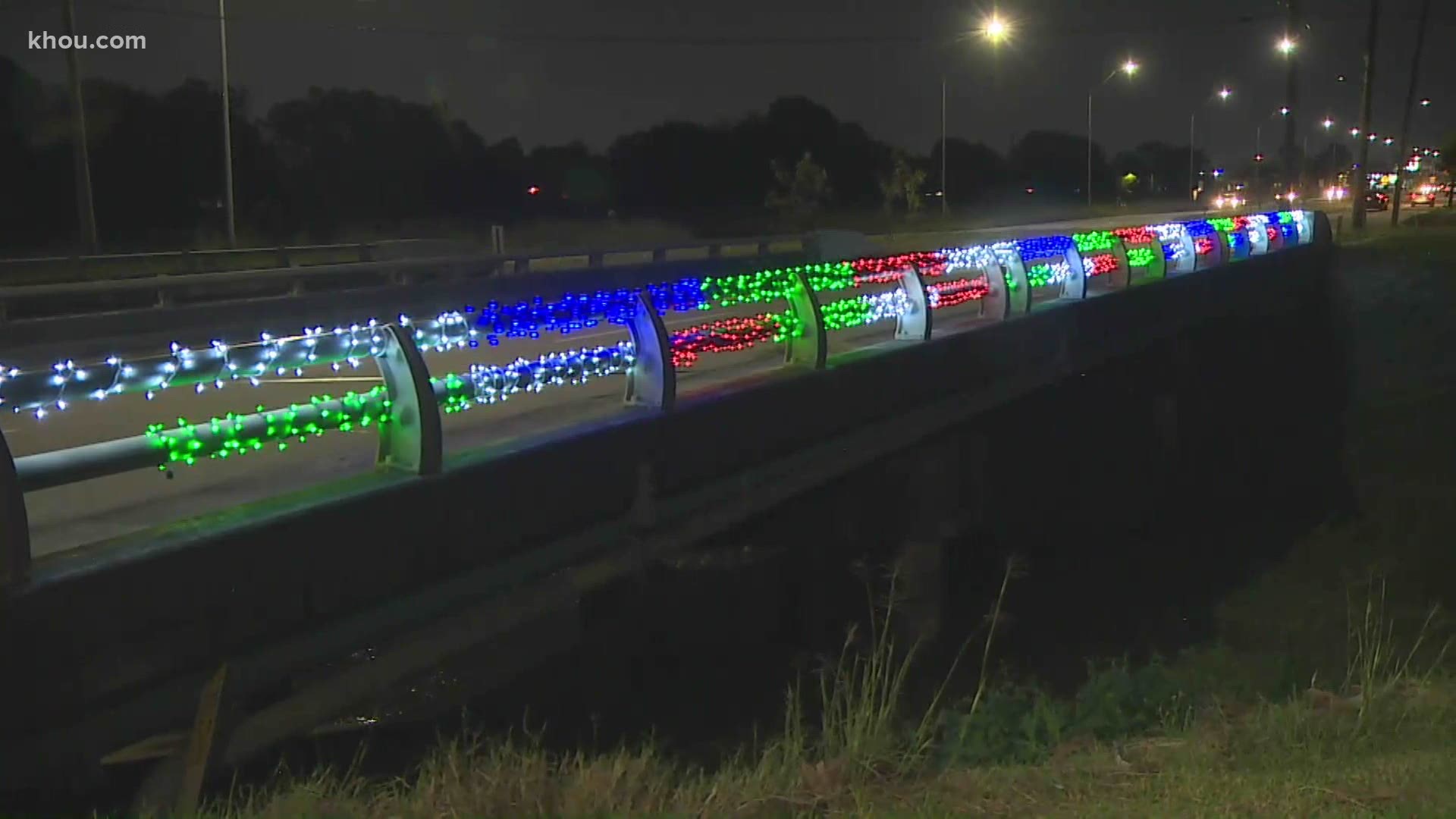 HOUSTON — A Hero Nextdoor is helping southeast Houston get into the holiday spirit. Dan Blackstock began decorating his home for the holidays last week. His decorations are spilling out of his yard and onto a neighborhood bridge near Fuqua and Tower Bridge Street.

Blackstock has set up a snowman, twinkle lights synchronized to holiday classics, Santa Claus, and… a holiday skeleton?

OK, technically Blackstock is “transitioning” between Halloween and Christmas, “this guy’s going to turn into a Santa Claus,” Blackstock said of a 20-foot skeleton standing near the street corner.

“I mean, I love lights. I remember when I was a child, seeing lights, Christmas lights. It’s like a celebration. And it’s not just the house that puts them on. It’s also the people that drive by.”

He’s lived in his Blackhawk neighborhood home for nearly 30 years. Decades worth of décor are spilling out of his corner lot and along a 100-foot bridge on Fuqua.

"I wanted to give back to this neighborhood. My neighbors are great. I love them.”

Blackstock’s connecting with them on Nextdoor. He posted about how he’s covering the cost of powering the lights so neighbors can enjoy them. Some of his neighbors are now donating brand new boxes of Christmas lights to his cause.

“This has been a very tough year for so many. These lights mean something for everyone.”

An orange strand honors a neighbor who lost her grandfather earlier this year.  Another set celebrates a baby new to the neighborhood.

“I lost a dear friend that we’ve known since 1970 to COVID. And his son who I went to school with is fighting for his life in the same hospital in Lubbock. So this one finally hit me hard today,” Blackstock said.

Christmas is still six weeks away. But if you reverse the thought, Blackstock has at least the next six weeks to comfort his community.

“We need to smile. We need something to celebrate. It’s important to share, instead of trying to take all the time.”