Comedy Sportz, Houston's longest running improv comedy show, is hoping to win the championship for the first time in 30 years. 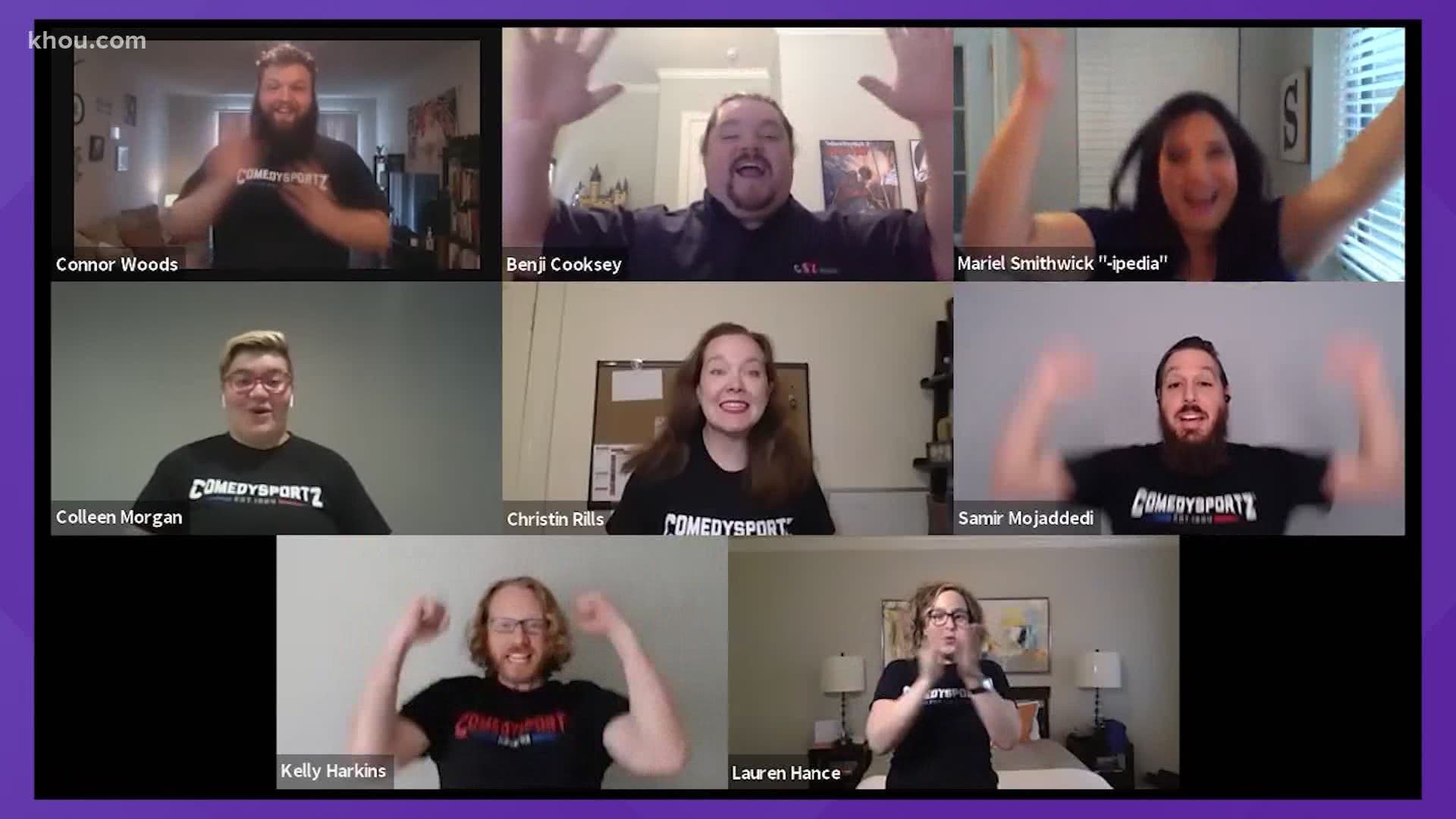 HOUSTON — So the Houston Dash Women’s Soccer Team is riding high after it’s championship win. The Houston Rockets are back in season and the Houston Astros are doing their 60-game thing. But one other sports team could clinch a championship for H-Town.

We’re talking about a group of comedians from Comedy Sportz Houston. You may laugh, but then again… that’s the point!

For the last 30 years, Houstonians brave enough to make it up as they go along have been performing like this: on stage, in front of an audience, together.

“But due to COVID-19 we’ve had to take it to the internet,” said Mariel Smithwick. So, Comedy Sportz Houston has spent the pandemic virtually battling 29 teams, and let’s face it, technology.

“Technical problems are going to happen to the best of us. So when a tech problem comes up, it’s now part of our show. It’s not something we stop for. It’s something we just let happen,” said Cooksey of players accidentally muting themselves while competing on Zoom.

“It’s a very humbling, sort of, experience that us, just trying to do something that we love,” said Samir Mojaddedi, “that we enjoy that can also be something that others can enjoy.”

The Dash just won a championship.
The NBA is back in season.
The Astros are playing.

Another team is hoping to bring a championship to Houston.

You may laugh at these comedians.
That's the point.

More on their race for gold, #khou11 at 6! pic.twitter.com/kI0z9aAUes

You can catch the championship match Saturday at 8 p.m.

The comedy is clean and family friendly.

“We’re bringing the laughs and we’re bringing it from all over,” said Cooksey. “Even as a 30 year Comedy Sportz, we’ve never won a championship.”

An opportunity to take your mind off the pandemic while rooting for the home team from the waist up.

CLICK HERE: to buy $10 tickets to the championship match