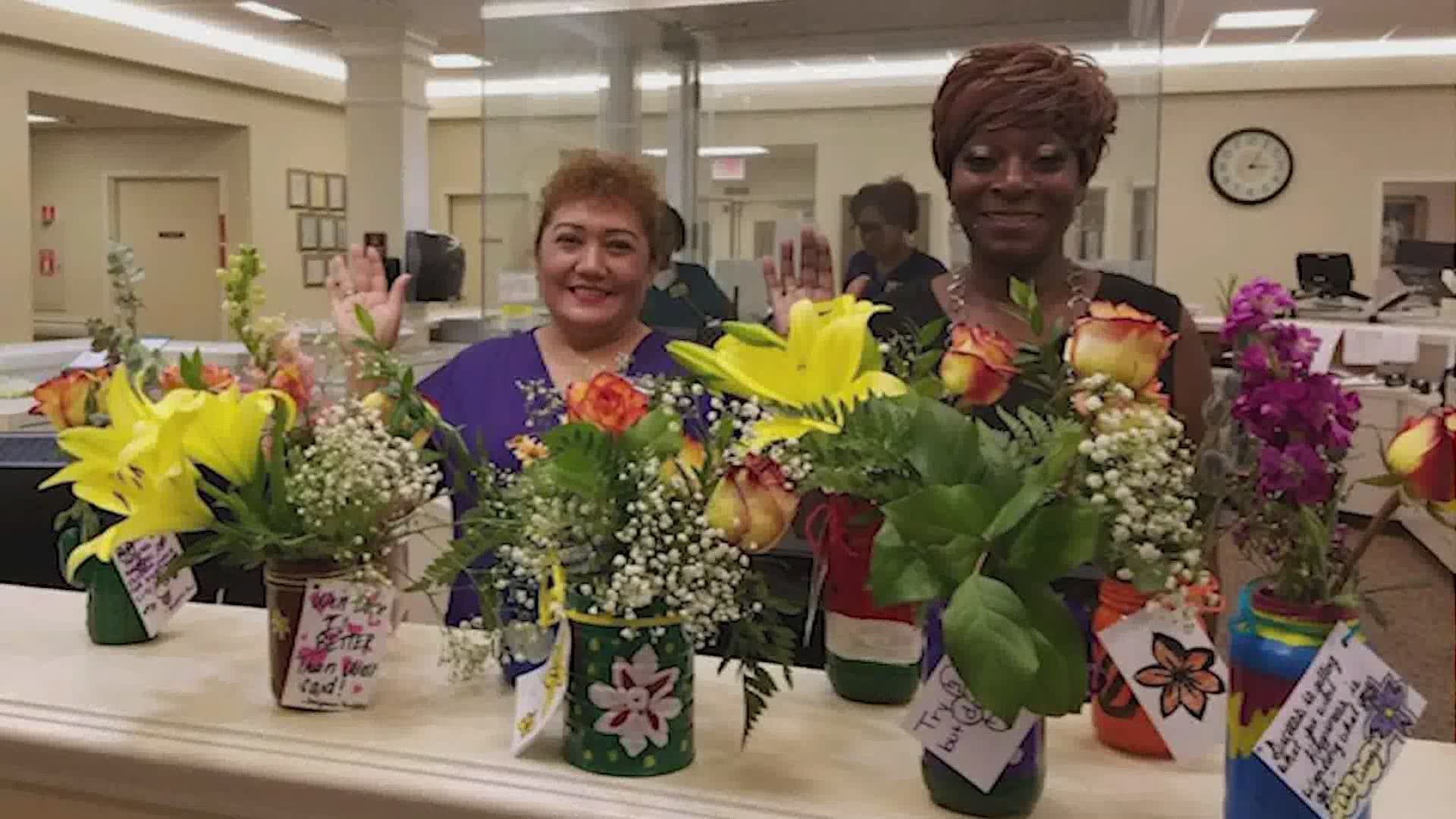 HOUSTON — We are Standing for Houston by spotlighting Heroes Nextdoor. Today it’s our neighbors behind Floranthropy, because like Lady Bird Johnson once said, “Where flowers bloom, so does hope."

There’s just something about fresh flowers, from their vibrant colors to the way they open up, to the smell we wish we could share through your screen.

“I can see the difference it makes, and just the smiles that people have whenever they receive the flowers.” said Lindsey Smith, a licensed professional counselor. She knows all people want is to be seen and heard.

“And some people never get visits. They never get flowers. And so giving these to them, you know, if that can warm a heart or brighten a day, then that’s what we’re here for," she said.

In 2010, the University of Houston graduate launched Floranthropy, a nonprofit that recycles flowers from various events.

“It was just me and my dad kind of doing things on the side and on the weekends by ourselves," Smith said.

They donated arrangements to teachers, cancer treatment centers, Meals on Wheels, shelters and hospitals. Volunteers over the last decade have helped Floranthropy blossom, even during a hurricane, and as far as San Antonio, Austin and Dallas.

Each recipient is grateful for the thought.

“And sometimes that would strike up a conversation about their weddings or their past or some stories that they would tell," Smith said.

In March 2020, “as you know, a lot of weddings and events were pretty much halted for six plus months," she said.

Smith leaned on grocery stores and florists who donated more than $120,000 in flowers. Volunteer Shari Esquenazi-Karonika hopped on Nextdoor.

“We received an outpour of support from community members. And so overnight, we were able to collect hundreds of vases. And so that was really inspiring to see the community get involved," Esquenazi-Karonika said.

“It was eye-opening for me. I hadn’t really had that experience with, essentially, strangers before,” Smith said. “Even though we don’t necessarily know each other, we’re still neighbors, and we’re still here to support good causes and do good for the community.”

If you’re looking to be the bright spot in someone’s day, Floranthropy now has the vases but needs volunteers.

“We can deliver flowers to your home, and we can work on making arrangements,” Smith said. “We’ll go, really, whereever.”

Because where flowers bloom, so does hope, even in spots we can’t all visit just yet.