COVID-19 brought Tracy Jones’ business to a 'screeching halt’ 11 months ago but now her new one is taking off in a big way.

HOUSTON — We are nearing a year since the start of the COVID-19 pandemic. Cypress mom Tracy Jones has this exact date Houston shut down, March 16, 2020, burned into her memory. It’s the day her small business tanked.

Jones had no idea what she was going to do. Her ride service business stopped. She and her family were stuck at home.

“Instead of looking at it negative, because it’s not what you were doing before, look at it as something of growth,” said Jones who, in March, saw an opportunity to support and celebrate her neighbors, who are now rooting for her.

Now 11 months later, Jones has found her sweet spot. “It’s exceeding my wildest dreams, to be quite honest with you,” said Jones during a Zoom interview with KHOU 11 News from her cookie factory in northwest Houston.

“We have been moving really fast and really hard,” said Jones of her new small business, Milk Mustache, which started in the summer of 2020.

“We’re shipping all over the U.S,” she said of her gourmet cookie company which specializes in all-natural cookies that weigh 6 ounces a piece.

Milk Mustache was born in the kitchen of Jones’ Cypress home.

“Pandemic hit. March 16, 2020. Everything in Houston shutdown. And that meant my business went to a screeching halt.”

Jones and her children began tinkering with the family’s chocolate chip cookie recipe. The family then started sharing their cookies with neighbors who needed a boost or exhausted frontline workers who deserved some love.

“And the feedback was tremendous,” said Jones of the compliments and comments she received about the cookies described as crunchy on the outside and gooey on the inside. “We’ve been able to share in people’s, families milestones of life, celebrations of life which is exciting for us.”

The cookies must be 😍, because Tracy launched a business, opened a factory and just unveiled a store!#khou11 celebrates that #HoustonHustle at 6 pic.twitter.com/KaPcwuCcFP

Jones, who also owns SafeConnect a ride service that transports children between activities, was able to hire back some of the drivers she had to let go in March 2020. Those drivers now deliver in Cypress and Katy while others help package the cookies before they’re shipped. 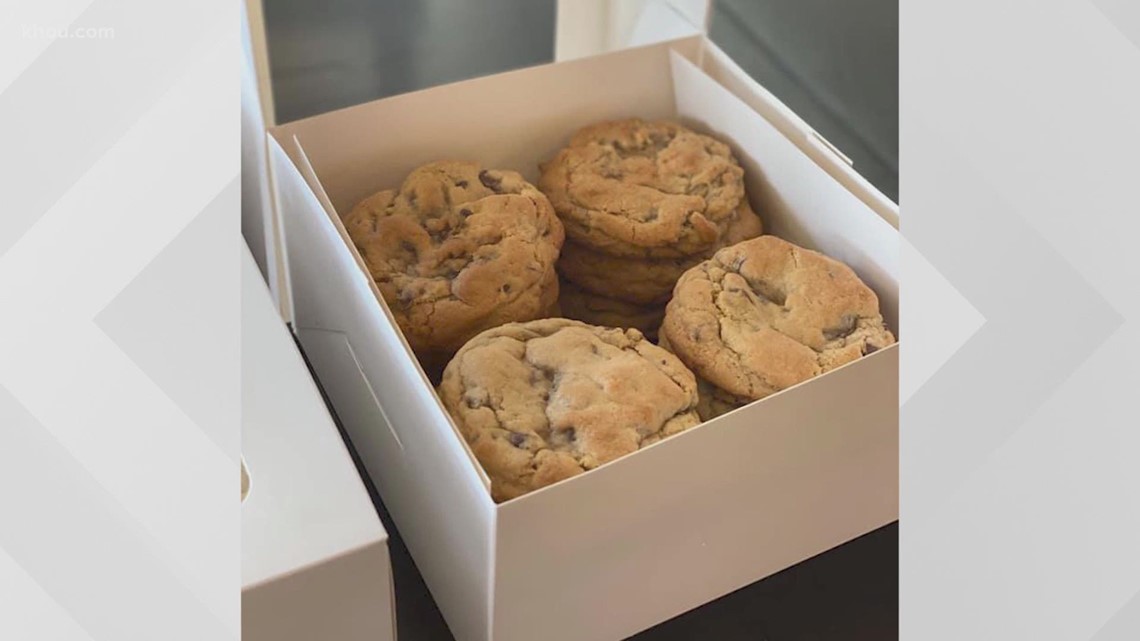 COVID-19 pandemic tanked Cypress woman's ride service, so she opened a cookie delivery company
Tracy Jones began thanking neighbors with homemade cookies in April. People said it's the best cookie they've ever had. So she opened Milk Mustache in August.