“All we’re doing is driving a truck,” said Susana Knight. “We’re just taking it there. It’s all the people (who) are doing this." 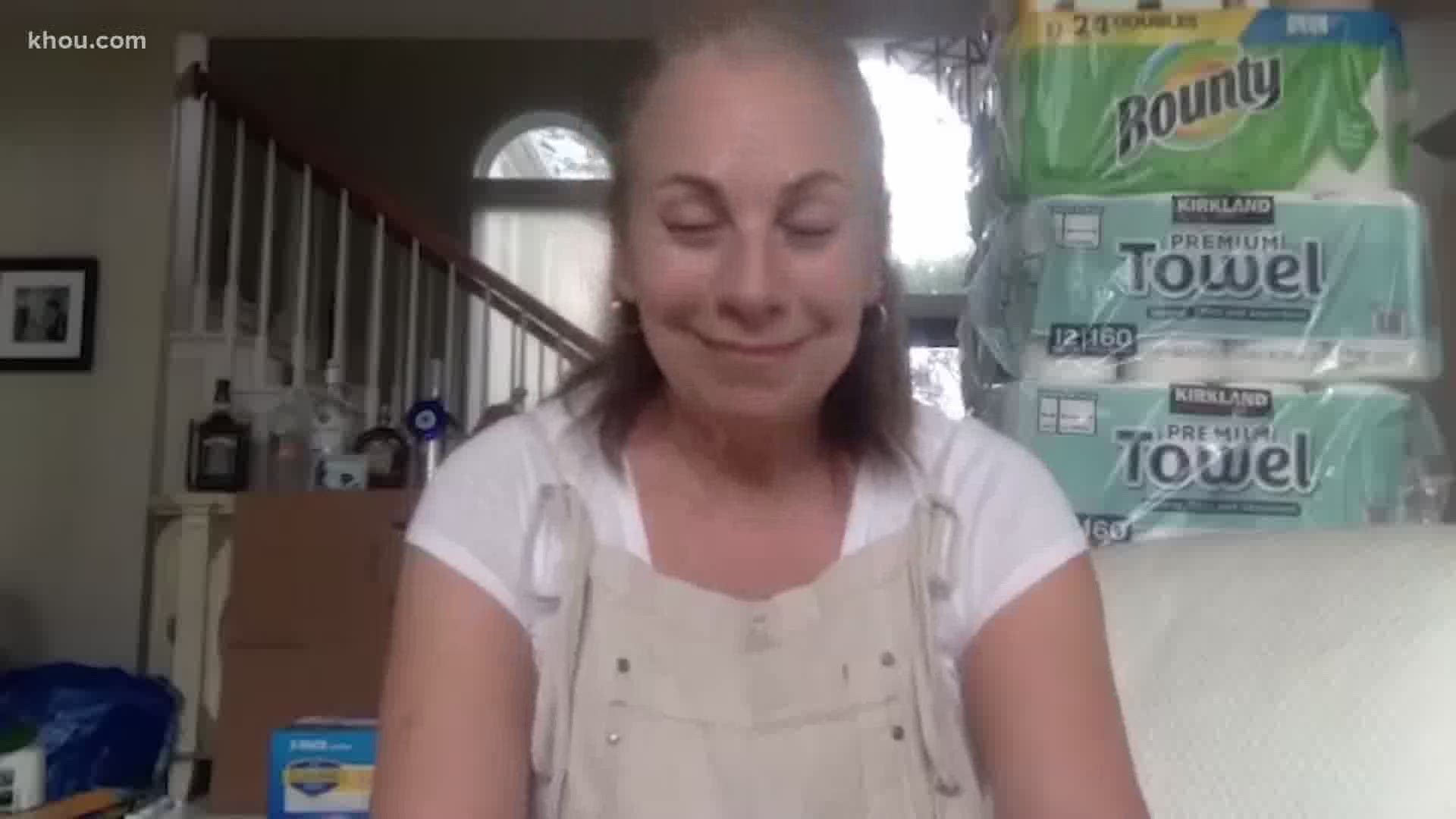 MISSOURI CITY, Texas — We are Standing For Houston by celebrating Heroes Nextdoor. Let’s start with the Harris County Sheriff’s Office. Deputies used Nextdoor earlier this week to ask for donations for first responders and their families who were impacted by Hurricane Laura.

With your help, deputies were filled two 18-wheelers with supplies. The deputies left early this morning so they could make multiple drop-offs in western Louisiana communities.

Then there’s Susana Knight. She’s a 63-year-old Missouri City grandma determined to make a difference too.

Love has taken over her home. Seriously. Nearly every square inch of her Fort Bend County space is filled with kindness, compassion and consideration for others.

“The more they bring, the better I’ll feel,” Knight said. “We are going to Lake Charles. We are filling the biggest truck we can fill. I am hoping within a week,” she said of her grassroots relief effort. “But you know what? I am so inspired right now. That if we have to come back and fill for a second truck and a third truck, this lady’s going to do it.”

Because she’s determined to pay it forward. Hurricane Laura loomed in the gulf three years after Harvey hit Houston. It reminded so many Houstonians of 2017.

“We were all affected. And we were all giving back at the time,” said Knight of what it was like in the days, weeks and months after Hurricane Harvey. “And now that we were spared again, it’s more reason,” to give. So Knight is using Nextdoor to help our neighbors to the east.

This is what happens when we lead with love!

One of the 1st to donate: a high school sophomore who donated her allowance❤️#HeroesNextdoor #khou11 pic.twitter.com/wa5WRaleGM

“If I could help out in any way, why not,” said Afsheen Sidhpurwala. The 15-year-old Austin High School sophomore was one of the first to donate to Knight’s drive.

“I do chores around the house. You know, I help out,” said the Sugar Land teen. Sidhpurwala has saved her allowance during the pandemic. She’s earned $250 cleaning up around the house and doing other chores. She donated all of it so that Knight could be much-needed supplies for Louisianans who lost everything.

“I just want them to know that they’re not alone in this struggle and we are here to help,” said Sidhpurwala.

Neighbor Alice Fortes is offering to drive with Knight to Lake Charles, Louisiana.

That’s what happens, when we lead with love.