"It's our duty I think as a civilian citizen to honor them and remember them because we keep their memory alive," said Carry the Load's Whit Peterman. 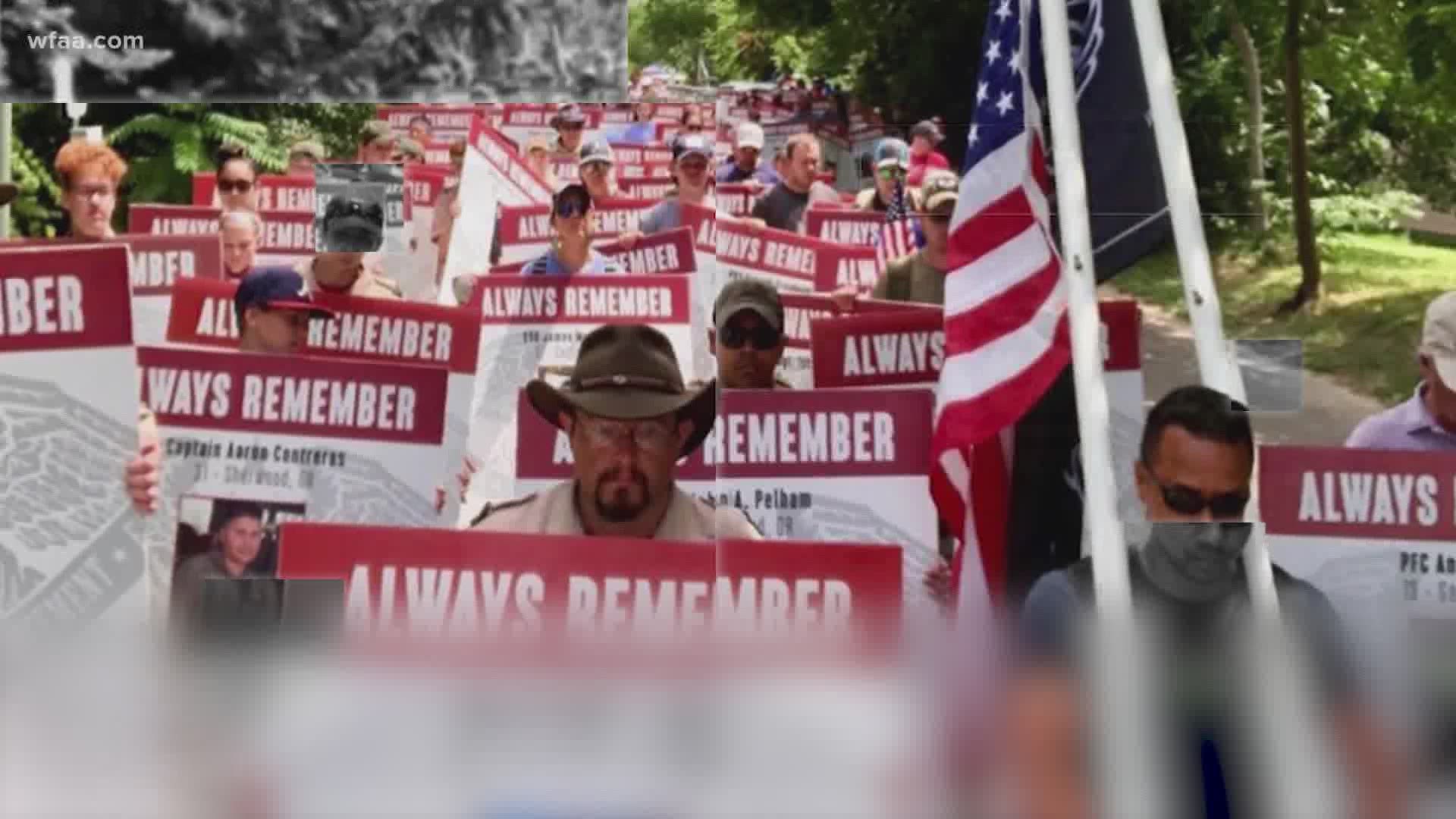 DALLAS — The novel coronavirus has canceled a great many things. But Dallas non-profit Carry the Load says it will not cancel patriotism this Memorial Day.

For the first time in a decade, crowds won't be allowed to fill Dallas' Reverchon Park to mark Memorial Day and honor the men and women who paid the ultimate sacrifice.

In an agreement with the City of Dallas, citing continued COVID-19 concerns, CTL's cross country relays and fundraiser are "virtual" this year. Its normal two-day Memorial Day weekend event, featuring bands, food vendors and a march up and down the Katy Trail, will not take place.

But in a previously announced plan, Carry the Load organizers, whose initial intent was to restore the true meaning of Memorial Day, say they still want the public to help them keep their mission in 2020.

"It's what the whole thing is about," said Carry the Load's Whit Peterman.

The Memorial Day weekend's signature moment, where the storyboards including the names, faces and dates of death of more than 400 veterans and first responders are marched into Reverchon Park, will instead be a drive-thru event.

The storyboards will line a two-mile section of Turtle Creek Boulevard starting at the entrance to Reverchon Park. Those who wish to drive those two miles are asked to sign up on the Carry the Load website so the group can manage traffic Memorial Day morning from 9 to noon.

And Peterman believes you will still feel the impact of the powerful story that each poster has to tell.

The storyboards have created a number of emotional moments.

"Seeing this little girl run up to her father's storyboard, and say 'look Mommy there's Daddy' and she ran up to it and it just rips your heart out," he said, of a moment he witnessed one year. "But I think it lets the people that have lost loved ones know that there's people out there that care about their sacrifice. And we try to keep the memory alive."

At the start of each CTL staff and board meeting, they pull out a new storyboard and dedicate that meeting to honor a hero. And through a partnership with the National Cemeteries Administration, Carry The Load selects and honors the memories of those close to the organization by providing stories for the VA’s long standing #VeteranOfTheDay posts.

"There's a story behind each one," said Peterman of the storyboards being readied at CTL's Deep Ellum office and warehouse. "It's a pretty personal connection. And it's our duty I think as a civilian citizen to honor them and remember them because we keep their memory alive."

So on this Memorial Day, the Carry the Load event will be different. But along Turtle Creek the faces, stories and sacrifices of the fallen will still be there.

Yes, a pandemic can cancel a lot of things, but not the mission to remember those who gave their all.