A statement from Donald Rouse Sr. said he attended the rally and supports the president but was shocked and condemns the actions that happened afterward. 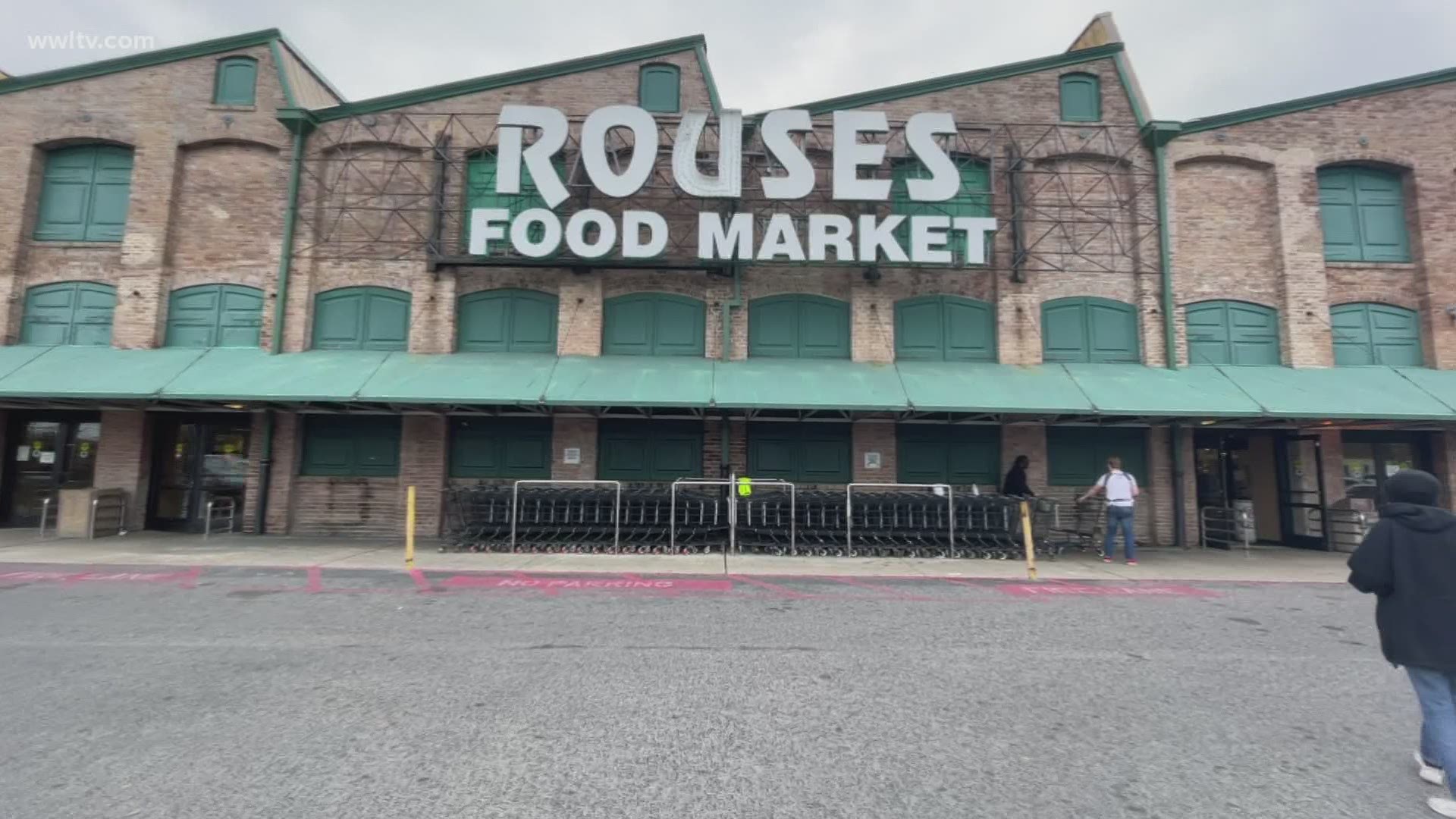 NEW ORLEANS — Rouses, a local grocery chain, scrambled to handle an avalanche of social media anger after a social media post that seemed to show support for the Washington, D.C. rally that turned into an attack on the Capitol.

Rouses’ social media pages were slammed with #boycott messages and comments calling them traitors and using words like sedition and insurrection.

The furor around Rouses started with a social media image showing Donald Rouse, Sr. at the “rally.” The post said Rouse and another man were alongside “millions” of “patriots.”

Thursday afternoon, Rouses' issued a statement confirming that Rouse Sr. was at the event but saying he was "shocked and saddened" by the events that transpired after the rally.

"I attended the rally yesterday as a supporter of the president and to be in our nation’s capital at the close of his presidency. I left before the violence began and was shocked and saddened to see it unfold on TV. I condemn the actions of those who unlawfully entered and damaged our hallowed institutions and threatened our public servants.  Violence and destruction do not represent our country’s values, or the values of Rouses.

"Though I am no longer involved in the day-to-day operations of Rouses, that’s my family’s name on the building and my actions reflect on my family, Rouses and this community I love so dearly. I’m horrified by the violence and destruction we saw yesterday and the pain it has caused so many. Our country desperately needs to come together to heal, and I will do everything I can to be a part of that process."

The local Krewe of Red Beans, a Mardi Gras marching parade group that has partnered with Rouses for charitable events, posted to Instagram that it “will be examining our relationship with Rouses given the news of yesterday.”

Rouses, a Louisiana-based grocer that has expanded through much of the state and into some other southeastern markets, had its social media pages inundated.

“I’m going to miss shopping at the Slidell store, but I’m an American and do not support sedition,” said one of close to 600 comments on a post about king cakes on the Rouses’ Facebook page. The king cake post was the most recent one as the company’s Facebook and Twitter pages were quiet since early Tuesday.

“You won’t see another dime of my black dollar,” said another comment.

Most were of similar ilk.

The photo in question is a selfie with two people among crowds of others who would later break into the building in an attempt to interfere with the certification of the presidential election. The other man in the photo is purportedly Steven Galtier, a former Rouses human resources director.

Galtier publicly posted the photo on Facebook Wednesday afternoon, Lamar White said on Twitter. White is the founder and publisher of the Bayou Brief.

Below is the tweet from White with the photo in which he claims the two men in facemasks and baseball caps are Rouse and Galtier.

He claims they were alongside "millions" of "patriots." pic.twitter.com/x0pDw62oBH

WWLTV was able to obtain a screenshot of another one of Galtier's Facebook posts from the Wednesday Siege on Washington. Galtier's post said that millions of people were in DC with him.

This is a developing story, and it will be updated with the latest information available. Stick with WWLTV.com for the latest news.

RELATED: FBI seeks information on those who 'instigated violence' at US Capitol