Cantrell also announced her support for destroying three buildings that surround the collapse site to make that happen. 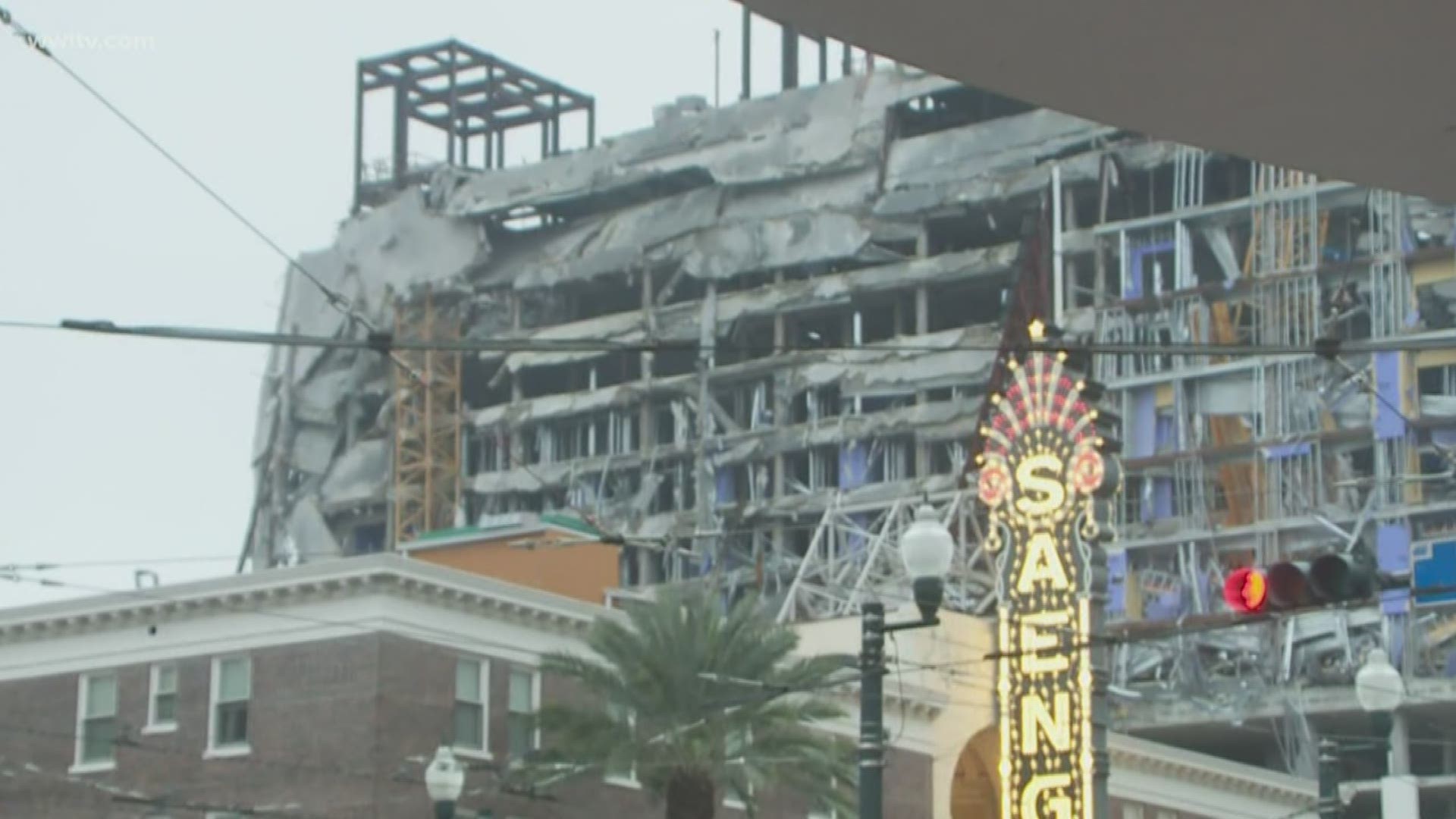 NEW ORLEANS — The city is speeding up the Hard Rock collapse demolition timeline. Officials will now use a controlled implosion to bring down the building and destroy three buildings surrounding the collapse site to do so.

Engineers are shooting for the implosion to take place in mid-March. Debris cleanup will take another two-to-three months.

“We are going to revert back to implosion of the site as being necessary to insure public safety as well as being aligned with a timeline that is more suitable for the city of New Orleans,” Cantrell said.

Cantrell also announced her support for destroying three buildings that surround the collapse site to make that happen.

The Hard Rock’s owners have said they need to tear down three buildings -- all owned by partners in the project -- to position equipment to implode the hotel.

During a hearing with the Central Business District Historic District Landmarks Commission, preservationists questioned if the demolition of two historic buildings on Canal Street and another on Iberville was necessary.

“They have to prove this,” Sandra Stokes of the Louisiana Landmarks Society said of the requested demolitions. “We have no trust factor in this company at this point.”

RELATED: Requests to tear down buildings next to Hard Rock Hotel on hold -- for now

At the end of 2019, New Orleans Fire Department Chief Tim McConnell updated the timeline for demolition, saying plans submitted to the city by 1031 Canal Development LLC say the building won't be down until the end of the year.

"The City has made it clear to the ownership that they are unhappy with the timeline," McConnell said at the time.

Today, he said the timeline was not the deciding factor, safety was.

“All through hurricane season that dangerous building sitting there?” McConnell said. “Unacceptable.”

Cantrell said that once the building is down, recovering their bodies will be the top priority.