Fire Chief Tim McConnell, who has been leading the response at the site, said placing a tarp on that spot is a dangerous job. 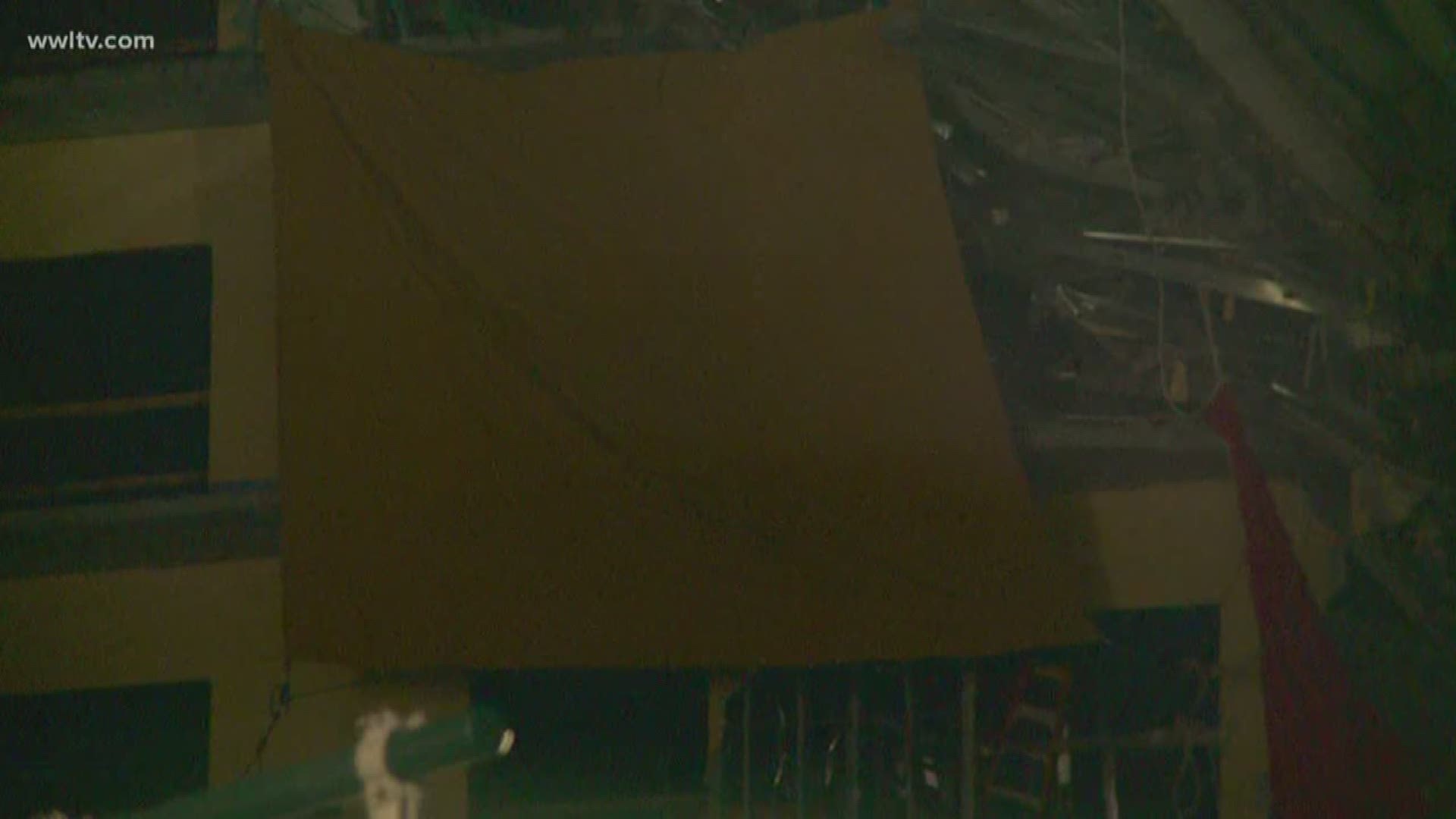 NEW ORLEANS — A new yellow tarp is covering up the remains of a deceased worker at the Hard Rock collapse site.

The red tarp that had been covering the body was blown out of place sometime in the past few days, exposing part of the body of one of the workers and horrifying residents who howled on social media in disapproval.

At a press conference Wednesday afternoon, McConnell detailed what he called the deteriorating conditions at the Hard Rock site, which is set to be imploded sometime in mid-to-late March.

"It's a challenge to say the least," he said.

McConnell said that the city became aware of the situation when they were alerted to posts on social media showing the remains.

"I cannot urge people enough to respect the families of these victims," he said. "Anyone who would think of posting something like this... it is reprehensible."

McConnell said that the condition of the building remains dangerous. He said that areas that allowed access to the remains before are now no longer able to be accessed.

The move to place the new tarp came just hours after the city tweeted an explainer on how difficult it would be to place a new tarp over the remains of a deceased worker at the Hard Rock site.

On Wednesday afternoon, Mayor Cantrell had a post on her Facebook and Twitter accounts answering what she said were questions about the situation and explaining why things have gone as they have to this point.

The situation came to light Tuesday and a story about the exposed remains has produced more than 212,000 visits to the story on the WWL-TV web site and app.

Comments on the story and on a Facebook post on Mayor LaToya Cantrell's site expressed outrage at the situation, especially questions as to why another tarp couldn't be placed over the remains, which have been photographed and shared on social media.

(Editor's note: WWL-TV and WWLTV.com will NOT publish or broadcast images of the remains.)

People especially took exception to Cantrell's scolding of some who have taken photos and shared them.

"To be clear, capturing or sharing images of the victims in such condition is irresponsible, it is indefensible and it is not who we are..." said Cantrell's post.

"Everyone is at fault for sharing information that your team continuously suppresses?" said one comment.

"This tragic situation was CAUSED by the look-the-other-way administration in the first place," said another.

There were 200 comments in all, a large portion of which were critical.

Wednesday, another post with a graphic that Cantrell said provided 'facts' to many questions.

Among the highlights were:

- The city has been in constant contact with the families involved

- Recovery of the remains is still a top priority

The site is now slated to come down in mid-March, close to five months after the collapse.

The developer and owner of the project, 1031 Canal Street, putting the blame for the exposed body on the City of New Orleans.

"1031 Canal Street Development LLC also does not have control of the current site. The City has had control of the site since the incident first occurred. We are working together with the City to bring about the safest and most expedient demolition possible," the statement read.