"We wanted a way to inspire others in this time of fear," said Paul Castro of his 17-year old son's legacy. He wants it to be "one of hope and opportunity." 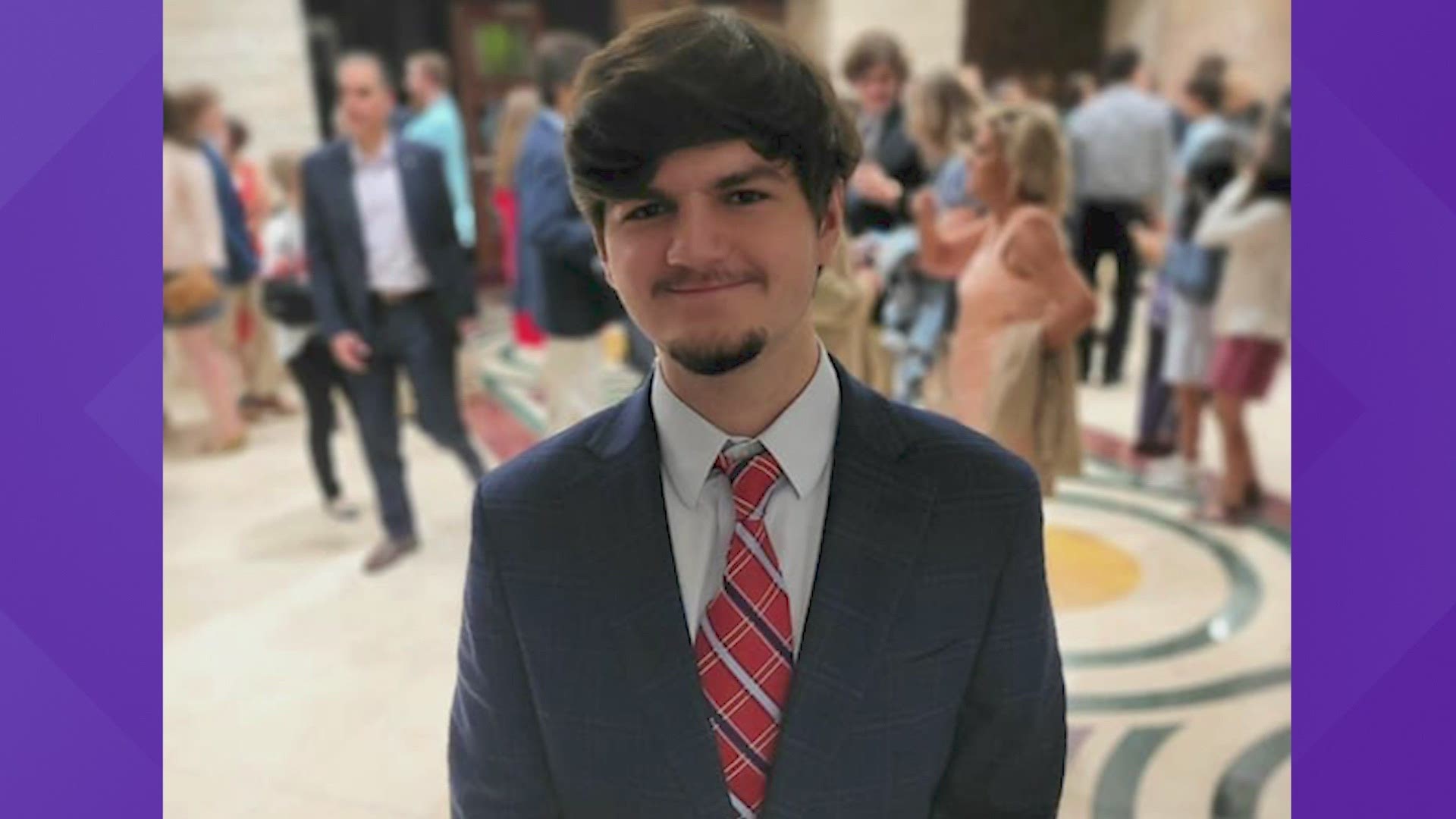 HOUSTON — The family of David Castro is calling for justice and random acts of kindness in the wake of the 17-year old's death.

Houston police say David Castro was shot in the head while he was a passenger in his father's pickup truck on the night of Tuesday, July 6.

David Castro, his younger brother and his father Paul had just attended a Houston Astros game when police say the family came into contact with an unidentified male driver in bumper-to-bumper traffic along Chartres near downtown Houston.

During a Houston Police Department press conference Friday, Castro showed reporters how he gestured to the unidentified driver in an effort to communicate to the driver that Castro could not move in traffic.

Police said traffic cameras captured the unidentified driver of a 2010-2014 white Buick Lacrosse open his driver's side door and yell at Paul Castro. Traffic cameras, police said, also showed the driver of the Buick follow the Castros from Chartres near Minute Maid Park all the way to I-10 at Wayside, where David Castro was shot.

The Castro family, Houston Police, Houston Mayor Sylvester Turner and Houston Crime Stoppers are urging anyone with information on the shooting or the shooter to come forward.

A $10,000 reward will go to the person who helps police make an arrest in the case.

"I just want him to be off the streets of that city of Houston is safer because anyone willing to do that to me and my family can do that to someone else," said Castro who is also calling on Houston to do random acts of kindness in honor of his Westside High School son.

Even in death, a Houston teen is making a difference! ❤️ The father of #DavidCastro tells me that David’s organs,...

"There's the David-sized hole in my heart and there's a David-size hole in this world," said Castro. "David was a giver. He's a son of Houston. He was born and raised here."

The Castro family is asking people to share details of their random acts of kindness on social media and use the hashtag: #RAKDavid.

"We wanted a way to inspire others in this time of fear," said Castro. "I've had so many people say, you know, I'm afraid driving right now."

Castro said the situation across Houston right now is horrible, "but that's where we are right now. And I would rather that his legacy not be one of fear and despair, but be one of hope and opportunity."

The Castro family made the decision to donate David's organs.

Castro's tissue will help even more.

Paul Castro's begging you to help catch his son's killer.

If you can't, then do a random act of kindness in honor of #DavidCastro.

David, 17, was a bright light in world.
Dad's picking up David's torch.
He hopes you will too.

An arrest, in this case, could make Houston safer.

Houston has yet to publicly identify the shooter. On Friday, homicide detectives released a sketch of the wanted suspect and description:

The vehicle he was driving is considered to be a white 2010 to 2014 Buick LaCrosse with a sunroof, paper tags and distinctive rims with seven holes in each rim. Police say the car's headlights had a yellow tint to them. There was no front plate on the car.

Police have pleaded with the public for tips in this case and said "anything could help at this point."

You can call Crime Stoppers at 713-222-8477 if you have any information that could help police identify and locate this suspect.