The plane was on its way from Miami to Houston and crashed shortly after noon.

CHAMBERS COUNTY, Texas — The operator of the plane which crashed into Trinity Bay on Saturday is confirming the deaths of all three people on board.

Chambers County Sheriff Brian Hawthorne said at a news conference Saturday two of the bodies have been recovered.

A medical examiner will identify the bodies.

Atlas Air Worldwide, which operated the plane for Amazon Air, said it has established a family assistance center staffed with specialists to support the families.

“Our thoughts and prayers are with all those who have been affected,” said Bill Flynn, Atlas Air Chief Executive Officer. “This is a sad time for all of us. Our team continues to work closely with the NTSB, the FAA and local authorities on the ground in Houston. We would like to commend the efforts of all of the first responders. We sincerely appreciate their efforts and support in the investigation.”

The Chambers County sheriff on Saturday night said one body has been recovered during a search for passengers of a cargo plane which crashed Saturday afternoon near Anahuac.

Three people were onboard the flight from Miami to Houston that went down at around 12:45 p.m. on the north end of Trinity Bay. Chambers County Sheriff Brian Hawthorne said there is nothing intact of the airplane and no sign of survivors.

He said earlier in the day remains were recovered, but would not go into detail. The body was not found inside the aircraft.

"We're just confirming remains," Hawthorne said. "What I will tell you is I don't believe that there is any way that anybody could have survived. We're still trying to let the NTSB identify how many pilots and passengers were actually in the airplane."

FBI Houston is also responding. They released a statement saying they're working closely with the sheriff's office, U.S. Coast Guard, the Federal Aviation Administration and National Transportation Safety Board.

Atlas Air issued a statement Saturday confirming its aircraft had been involved in an accident.

"This is to confirm that an Atlas Air 767 cargo aircraft Flight No. 3591 operating from Miami to Houston has been involved in an accident this afternoon," the statement reads. "We understand the aircraft went down near the city of Anahuac Texas, in the Trinity Bay. We can confirm there were three people on board the aircraft. Those people and their family members are our top priority at this time. Atlas Air is cooperating fully with the FAA and NTSB. We will update as additional information becomes available."

"Our thoughts and prayers are with the flight crew, their families and friends along with the entire team at Atlas Air during this terrible tragedy," Clark said. "We appreciate the first responders who worked urgently to provide support."

Hawthorne said the first things he saw in the water at the crash scene were things like bed sheets, women's clothing, and fiberglass.

He said it took about 20 to 30 minutes for the first responders to arrive because of the location.  The depth of the water in Trinity Bay, where the plane crashed, is zero to 5 feet. The area is known for duck hunting.

Jose Chavez said he was in the car with his mother when he noticed the plane going down. 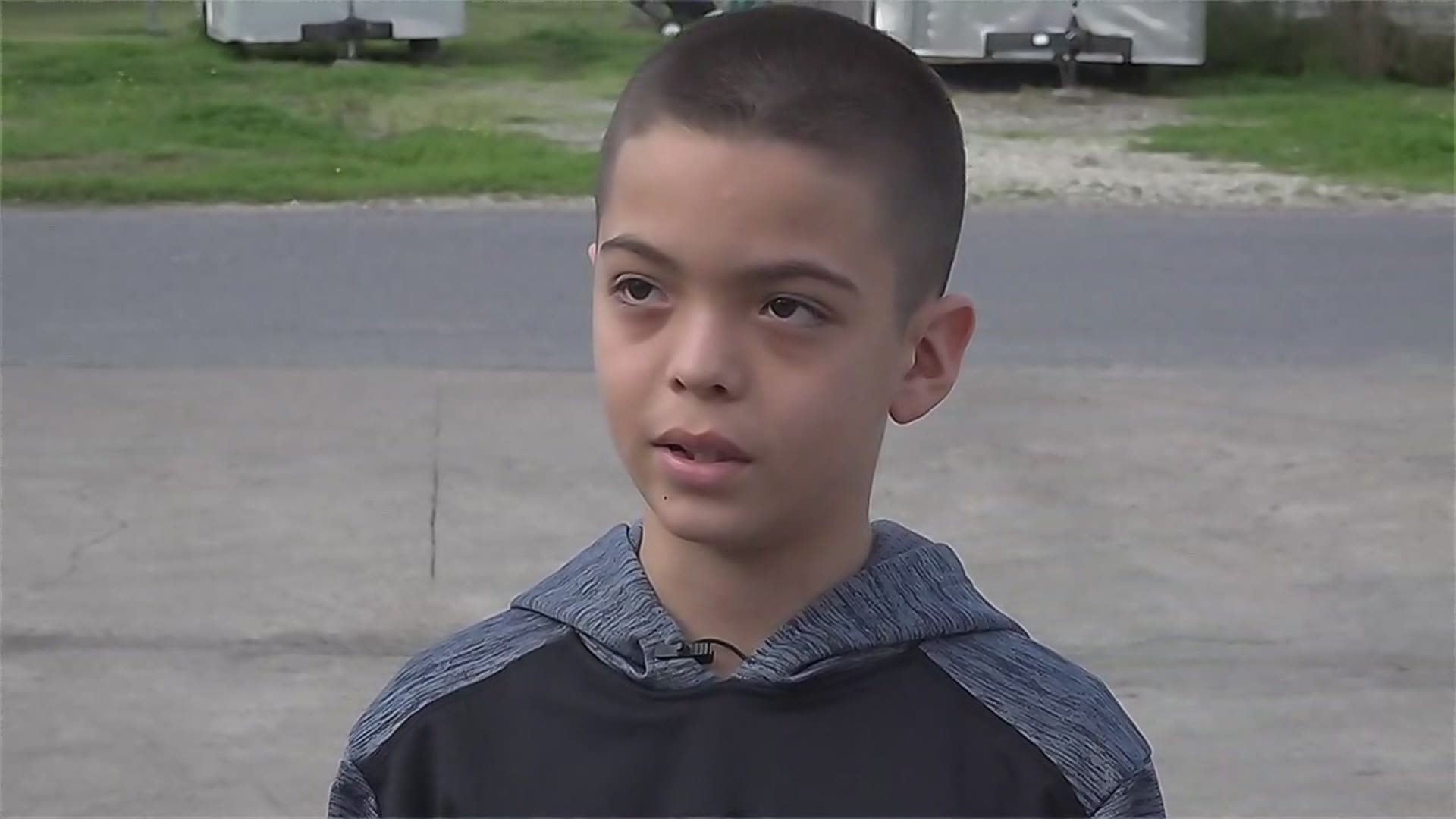 Kasie Noack of Anahuac also heard the plane go down and described the scene. 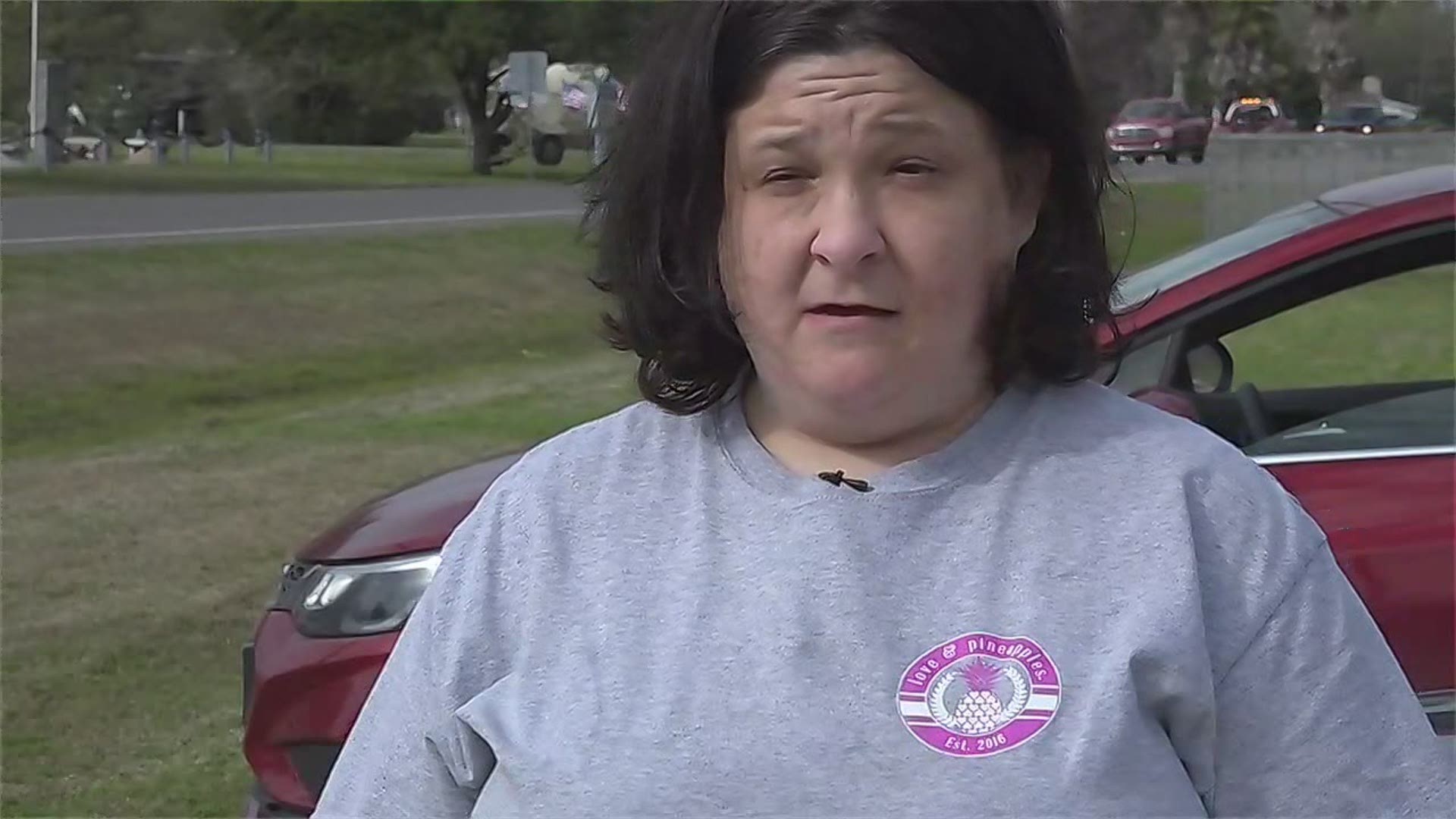 The FAA issued an alert on Atlas Air Fight 3591 after losing radar and radio contact with the plane approximately 30 miles southeast of Bush Intercontinental Airport.

The Chambers County Sheriff's Office and multiple agencies are responding.