This scene initially started off as a minor fender bender on the freeway. 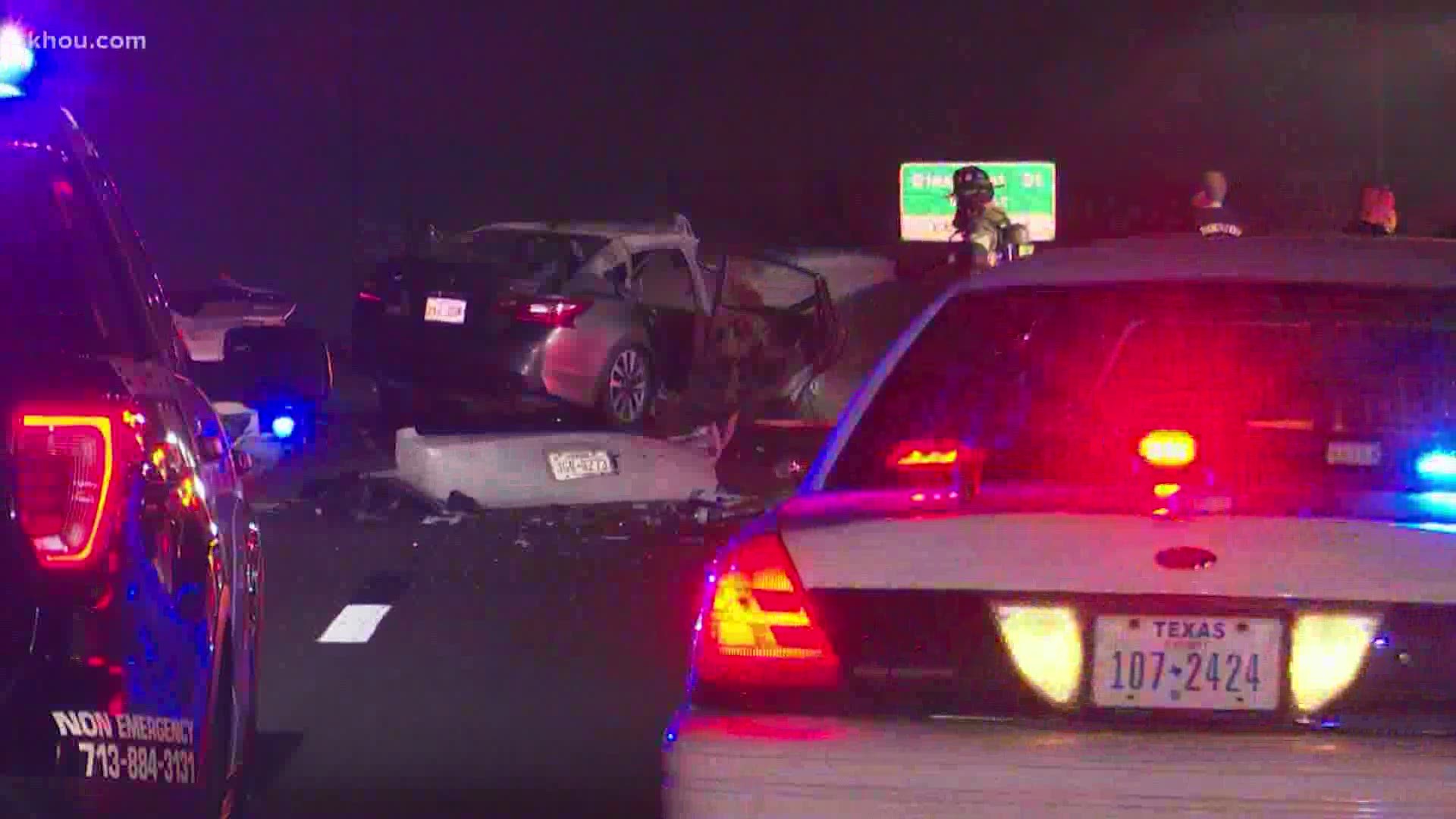 HOUSTON — Two crashes early Saturday morning on the Southwest Freeway near Beechnut resulted in one death and several others injured.

Houston police said this scene initially started off as a minor fender bender in the middle lane of the Southwest Freeway at approximately 2:30 a.m. The two vehicles involved were a Mustang and a white Expedition.

Both drivers of the vehicles decided to stay in the middle lane of the freeway to exchange information and that's when a third vehicle, an Altima, came from behind and crashed into both vehicles, according to police.

A passenger in the Altima died on scene. The driver and an additional passenger were taken to the hospital for their injuries.

The Mustang caught fire as a result of the crash.

Sean Teare with the Harris County District Attorney's Office was called to the scene to investigate and he said alcohol played a "significant" role in these crashes.

The driver of the Mustang who was involved in the minor fender bender was charged with DWI and taken into custody.

Teare said the driver of the Altima was also intoxicated.

He said the people in the Altima had just come from a club downtown to celebrate someone's 20th birthday. He didn't specify if the driver of the Altima and the passengers were underage, but said his team will go back to the club and hold others responsible.

The driver of the white Expedition was uninjured and released on scene. Teare said this was the only person who was not intoxicated in this crash.