The plan is to move the 1840s Martin Frank Home to Wunderlich Farm Interactive Park. 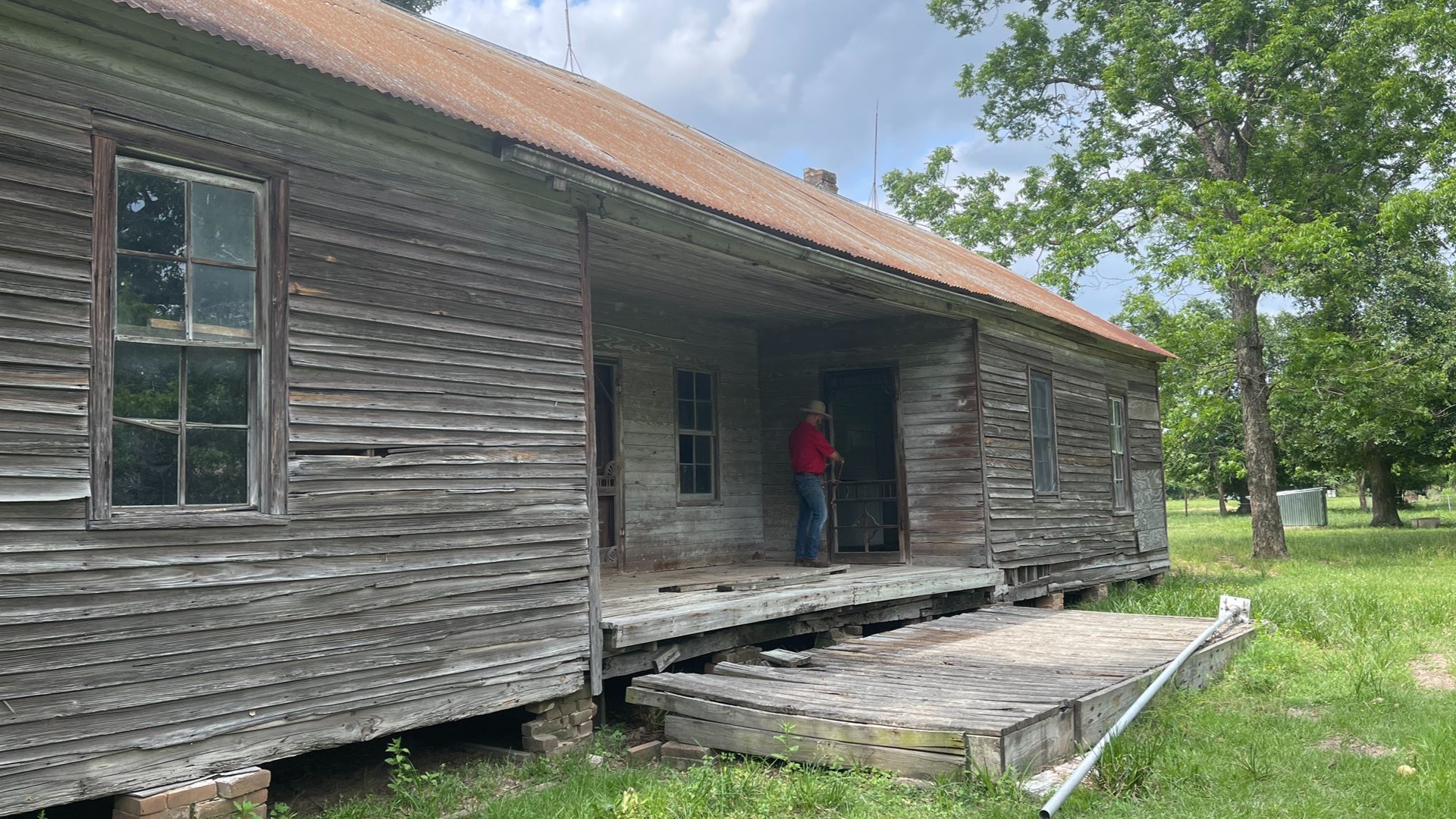 KLEIN, Texas — A house built in the 1840s is at the center of a major project in Klein. The goal is to relocate the historic home in order to help teach about the area’s past.

“Behind me is the Martin Frank house,” Klein Historical Foundation director Steve Baird said during a tour.

He believes it’s the oldest home in the area and dates to when it was located in what was then the Republic of Texas.

"The area itself didn’t have a name just yet," Baird said. "It was known as Big Cypress and was an area just of farmers, most of them being Scottish, French and German immigrants. The largest majority being German immigrants like the Frank family.”

I’ll take you inside that TX Republic-era house (one of oldest around) ⤵️ and the effort to save it: @KHOU at 10:00 #khou11 https://t.co/jMto3DYMIK

Generations of the family lived in the house through the 1950s.

But the acreage on which it stands is now for sale and the foundation is raising money to relocate it to the nearby Wunderlich Farm Interactive History Park, which is home to a number of other restored structures that help teach Klein ISD students and others about the past.

The house is so large that they’ll probably have to cut it into three different sections before moving it. A separate campaign to preserve the house, make repairs and even furnish it with period pieces could take years.

He said it's a touchstone to the early days of one of Harris County’s growing communities.

"It's important to preserve the past," Baird said. "We want the people who are now moving into this area to know what makes Klein unique and even this part of Texas unique. And that comes from preserving history and houses such as this house.”