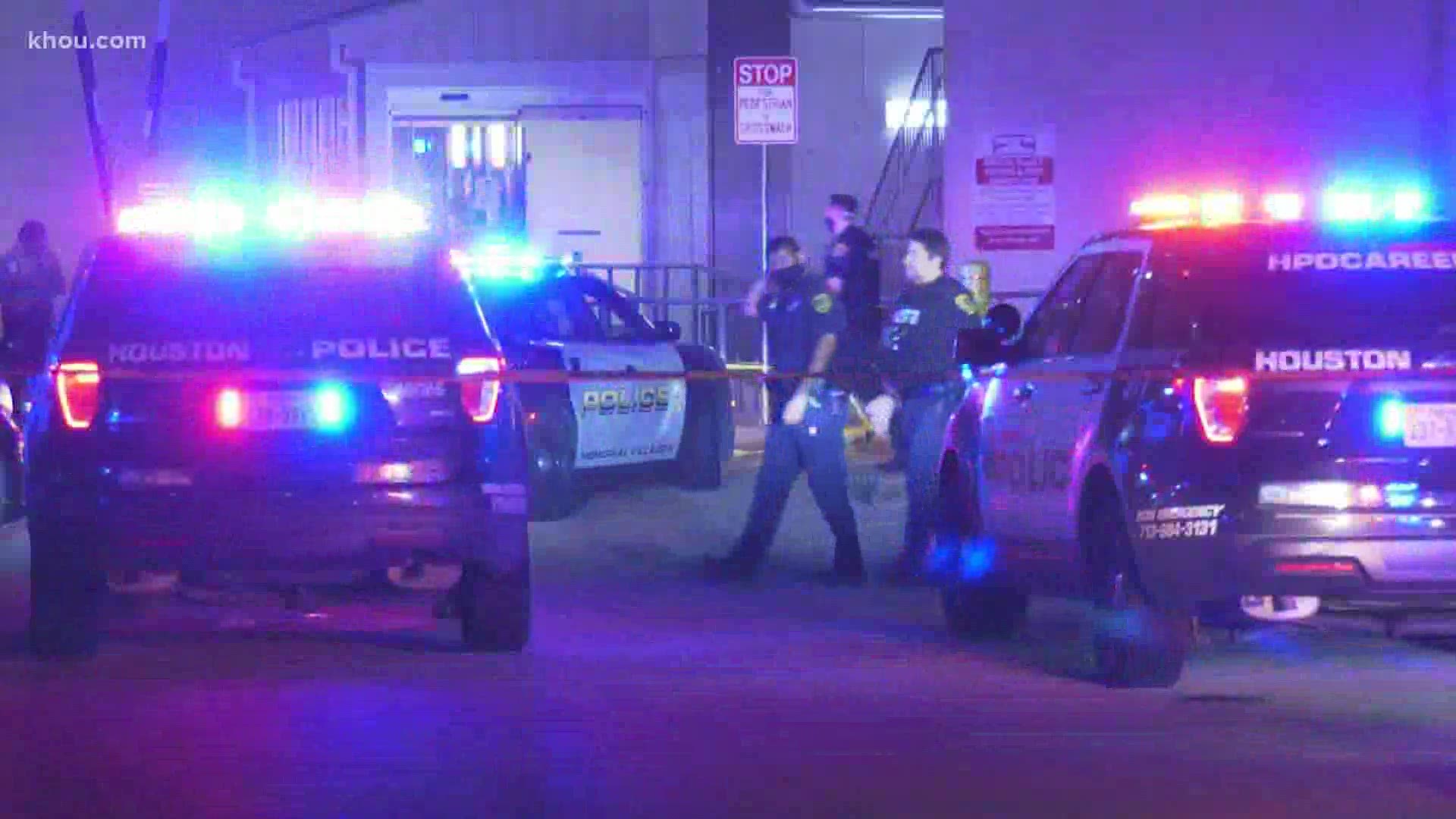 HOUSTON — A suspect who allegedly tried to grab an officer's gun during a struggle was shot and killed Wednesday night in a west Houston hospital parking garage.

According to Houston police, this scene started at about 2:45 p.m. when police from the Memorial Villages Police Department responded to a suspicious vehicle call.

The caller reported there was a car parked in front of some mailboxes and there were people outside of the car who looked suspicious.

When police arrived on the scene they found a man, a woman and a 9-month-old at the car and after further investigation, they reportedly found a lot of open mail inside the car.

Police went to arrest the man first and the man allegedly struggled with officers. Police said at some point the man was able to break free and run but was quickly taken into custody when officers used a taser to stop him.

Police said an ambulance was called as a protocol to check on the suspect. Paramedics reported that the suspect had an elevated heart rate so they took him to a nearby hospital for treatment.

When the suspect was released from the hospital, a female officer with Memorial Villages PD took custody of him. She placed the suspect in handcuffs and began to escort him out of the hospital and to her patrol car when the suspect allegedly started fighting with the officer and managed to slip out the cuffs.

The suspect reportedly ran after breaking free, but the officer was able to find him in the parking garage of the Memorial City Medical Center.

Another struggle happened, police said. The officer had her gun drawn and during the struggle, the suspect allegedly reached for her gun and that's when the officer shot at the suspect at least twice.

The suspect fell to the ground after being shot. Houston police said the officer called for help and administered aid to the suspect until paramedics arrived.

The suspect was taken to Memorial Hermann Memorial City Hospital where he later died.

During an investigation, police discovered the suspect and the woman who was with him when they were caught allegedly stealing mail had apparently done this many times before.

The woman has at least 5 warrants out of Burleson County related to theft of mail. She was taken into custody at the original scene.

The suspect and the woman have yet to be identified because police said they had false identifications on them.

The 9-month-old has been placed in CPS custody.

The female officer was not injured during any of the altercations with the suspect, but police said she is shaken up.

She has seven years of law enforcement experience -- with at least one year with the Memorial Villages PD.