HPD: Suspect fatally shot during standoff after firing at officers and civilians in Montrose

Police say the injured suspect was taken into custody following a brief manhunt through the neighborhood and standoff outside a church. 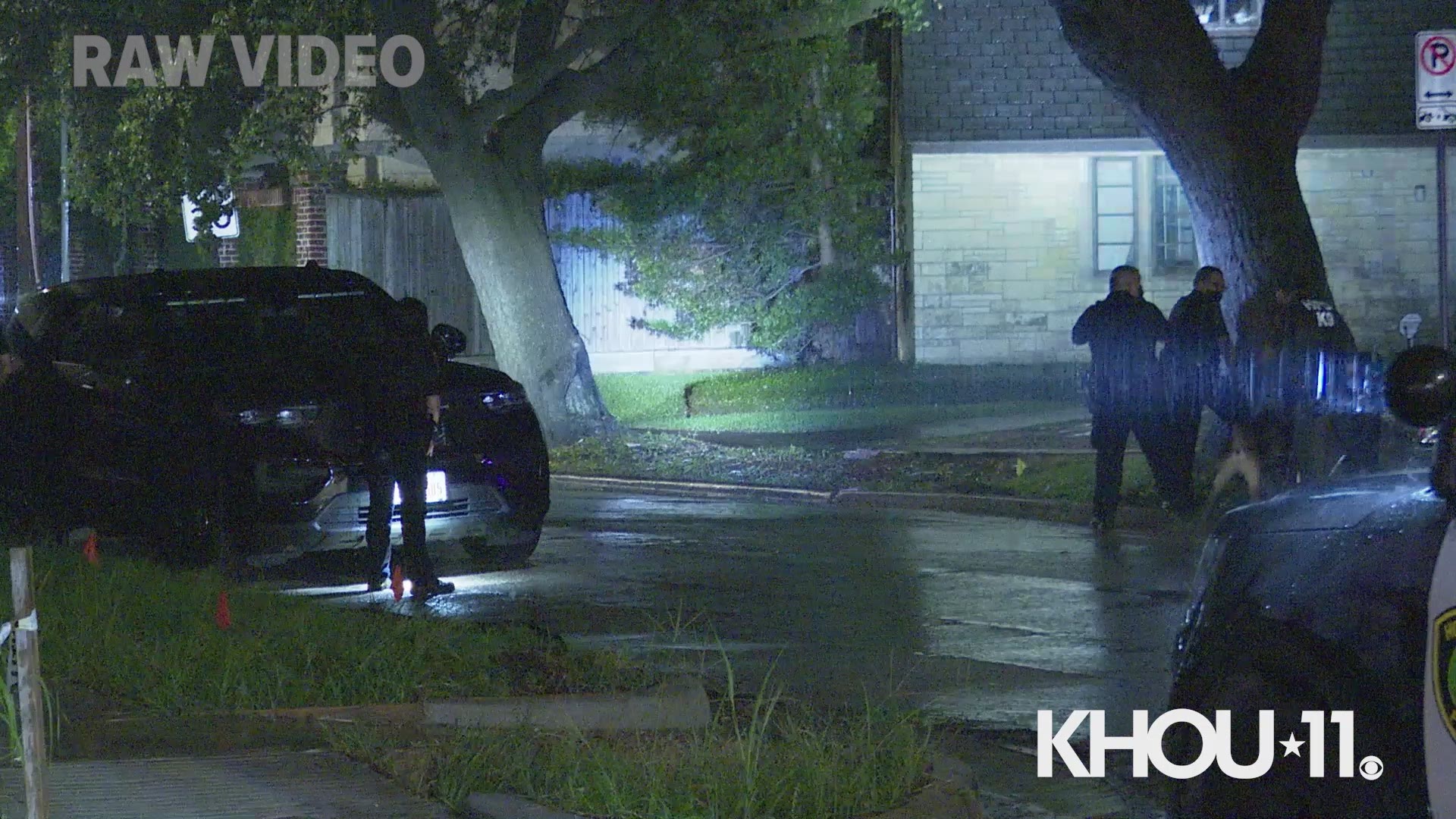 HOUSTON — A man accused of shooting at several officers and civilians Wednesday morning has died after being shot by officers near a church in Montrose.

"This suspect had fired multiple shots, multiple rounds-- we've found casings of a 9mm firearm," Acevedo said. "This area is going to be shut down for a couple hours."

The suspect is accused of firing at least four shots at a Lyft vehicle with a driver and two passengers inside. Investigators said the suspect ran off, and the Lyft driver went to flag down a nearby officer.

For the next hour, police searched for the suspect who was believed to be armed with a silver revolver. They're still searching for that weapon, which they believe he periodically reloaded.

At one point, officers caught up with the suspect, who allegedly fired multiple shots at police inside their patrol vehicle as they turned the corner.

The suspect eventually had made his way to an area just outside the Kindred Church in the 2500 block of Waugh Drive. At this point, SWAT officers and K-9 units were on the scene.

Police tried to talk the suspect into surrendering but he refused. He threatened to shoot more officers, Acevedo said. During their talk, the suspect requested water and officers obliged.

Moments later, at 5:22, a SWAT officer fired a single gunshot and hit the suspect. HPD rendered aid until the suspect was taken to Memorial Hermann hospital in the Texas Medical Center.

He eventually died from his injuries.

The motive for the shooting is still under investigation.

Fortunately, the chief confirmed no officers or civilians were harmed.

"I'm grateful no officers or members of our community have been injured tonight," Acevedo said.

Commanders and PIO are en route to an officer involved shooting at 2500 Waugh Drive.

Preliminary information is an armed suspect who fired shots at officers was shot by an officer and taken to a hospital in an unknown condition. No officers are injured. #hounews