Evictions to begin Monday after moratorium expiration: Here's how the eviction process plays out 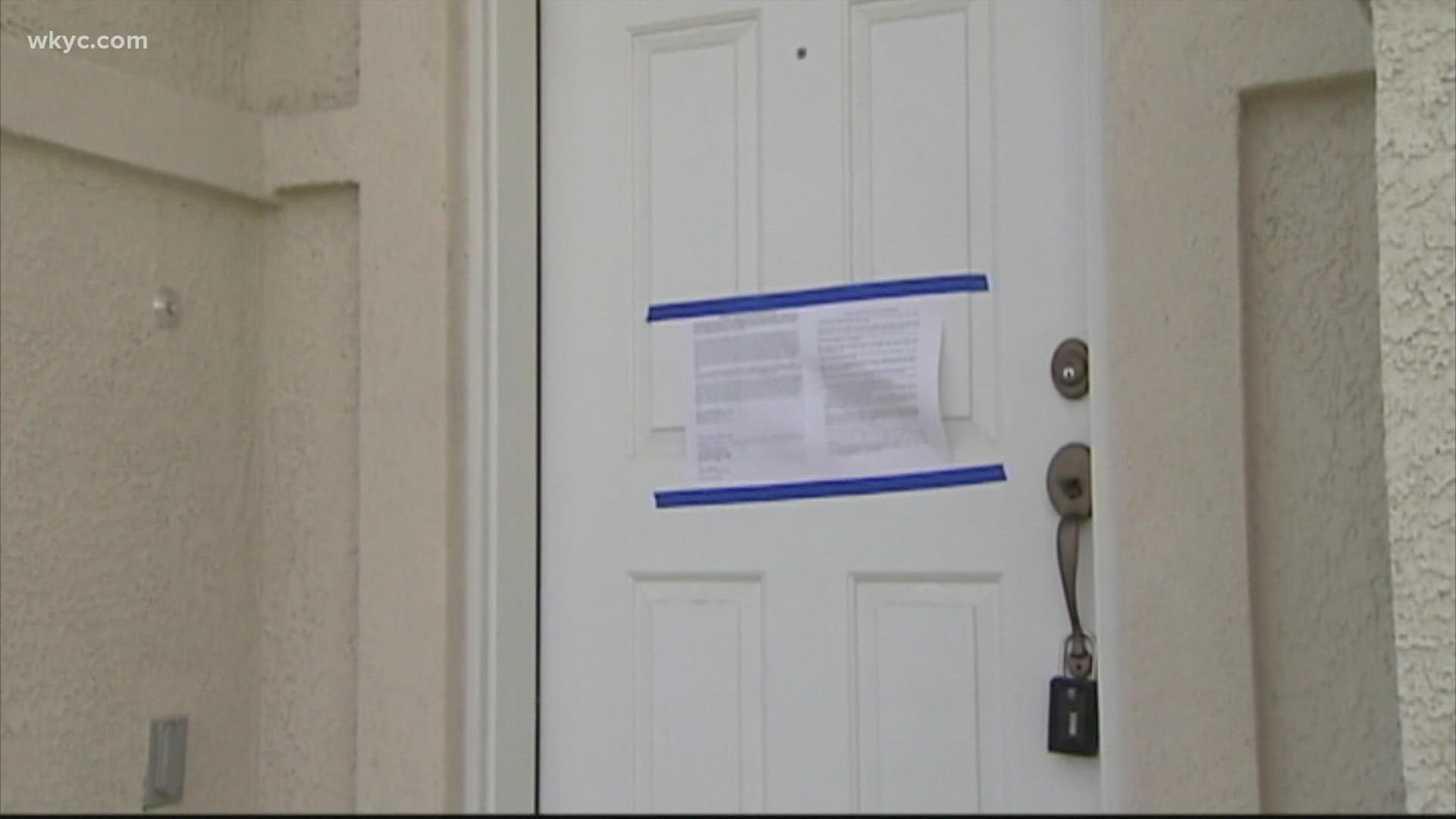 CLEVELAND — In a matter of hours, people who have fallen behind on rent during the pandemic could be forced into the eviction process.

The federal eviction moratorium expired Saturday, which had been extended several times throughout the pandemic.

“The pain in this moratorium ending is definitely going to be in the smaller buildings,” the Chief Operating Officer of The Northern Ohio Apartment Association, Ralph McGreevy, said.

“There is a desire to keep people in their homes on the landlords,” McGreevy said.

If you are a tenant on the verge of eviction, McGreevy suggests knowing your rights.

"You still have to go through the legal process of perfecting an eviction,” McGreevy said.

According to Volpini, the first thing you need to know is that you cannot be thrown out of your house right away.

“It starts with a three-day notice that’s posted on the tenant's door,” Volpini said.

If a tenant is unable to pay, a landlord could call for a court hearing, beginning a court process that could take weeks.

“It usually takes two or three weeks for the court to conduct what is the first hearing, in order to hear the landlords and the tenants’ positions” Volpini said.

While the case goes through the courts, the tenant can remain in the home, according to Volpini.

“The tenant does not have to vacate the premises until the court orders that the eviction happens,” Volpini said.

The pandemic forced many to fall behind on bills; $46 billion in federal aid was allocated to help tenants keep roofs over their heads through the pandemic.

3News reached out to the Cleveland Housing Network, an organization that is distributing the funds for Cleveland and Cuyahoga county, asking for the status of applications and an amount of money that’s been distributed to date. We could not get in touch with the network, Cleveland’s mayor’s office or state leaders.

So, what happens if you have been approved for federal aid and are just waiting for the money? Volpini said it is unclear how judges will weigh that into a case.

“This certainly not built into the law,” Volpini said. “This is somewhat of an unprecedented time. Judges always do try to work toward bringing that parties together to resolve the matter.”

Volpini told 3News she anticipates there could be an influx of eviction filings with the moratorium expiring, which means the process could take even longer.